UPDATE: MCMC just released a statement informing that it has temporarily suspended its official account because it was hacked.

It also said the public should not be influenced by the “suspicious, ugly and defamatory messages that have been uploaded through the account, which are not from MCMC.”

Before it was deactivated, MCMC's account had over 70,000 followers.

The regulatory body’s last post was a statement informing users on social media to practice good manners when posting about the movement control order and emergency declaration.

In the statement, MCMC said it will monitor social media to curb the spread of misinformation in regards to the 3Rs – royalty, race and religion.

The reason for the deactivation remains unclear, however the hashtag #MCMC is now trending on Twitter with over 10,000 tweets.

Most users shared screenshots of what appear to be old tweets from MCMC's account, mostly from 2014. The screenshots of the posts were mostly offensive.

LifestyleTech has reached out to MCMC for comments. 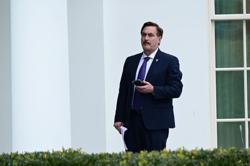