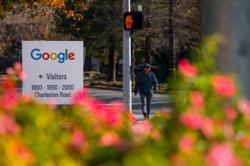 Workers involved in the new union said they saw it as an extension of such efforts, one that could provide a more permanent structure to keep pressure on management, hold the company accountable for promised changes and respond to retaliation against activists. — AFP

Employees of Google and parent company Alphabet Inc announced the creation of a union on Jan 4, escalating years of confrontation between workers and management of the Internet giant.

The Alphabet Workers Union will collect dues, pay organising staff and have an elected board of directors. It will be open to all employees and contractors in North America, regardless of their role or classification, and plans to take on issues including compensation and ethical concerns such as the kinds of work Google engages in. More than 200 workers have signed up to join so far, the group said.

“A lot of us employees are feeling disempowered, like we don’t have a say in the direction the company is taking anymore,” said Google software engineer Kimberly Wilber, an activist with the new group. “A union is of our way of building power so executives can’t ignore us.”

Google has clashed with some employees in recent years over contracts with the military, a plan for a censored search engine in China, the different treatment of contract workers and a rich exit package for an executive ousted for alleged sexual harassment.

“We’ve always worked hard to create a supportive and rewarding workplace,” Kara Silverstein, director of people operations at Google, said in a statement. “Of course our employees have protected labour rights that we support. But as we’ve always done, we’ll continue engaging directly with all our employees.”

The new union drew support Monday from US lawmakers including Senator Bernie Sanders of Vermont and Senator Elizabeth Warren of Massachusetts who wrote, “I’m in this fight with you all the way.”

The effort, a rare campaign within a major US technology company, is supported by the Communications Workers of America, which has been pursuing tech-focused organising through an initiative known as CODE-CWA. Googlers who join the Alphabet Workers Union will also be members of CWA Local 1400. Members will pay 1% of their total compensation in union dues, which will help fund organising staff.

CWA said the new organisation isn’t currently focused on securing formal recognition by Alphabet or collective bargaining with the company, a process that has been aggressively resisted by US corporations.

“We might need to see some substantial changes in labour law before that’s a realistic goal,” CWA communications director Beth Allen said. If the union can eventually sign up a majority of Alphabet’s workforce, that would be a “powerful statement”, but the group could effect change even without it, she added. CWA’s membership includes some workers, such as public university employees in Tennessee, who engage in collective action while lacking legal collective bargaining rights.

US law grants unionisation rights to employees but not to independent contractors, and also makes it more difficult for sub-contracted workers employed by staffing agencies to gain the ability to negotiate directly with a company like Alphabet. Such “temps, vendors and contractors”, known as TVCs, outnumbered Alphabet’s direct employees in 2018 for the first time, Bloomberg reported.

Union leaders said on Monday it was crucial that these TVC workers be part of the union as well. “We’re not going to make our growth and collective action dependent on labour law,” said Google software engineer Chewy Shaw, who was recently elected vice chair of the new union.

An Alphabet union could limit executives’ authority, while inspiring similar efforts across the industry, which has mostly avoided unionisation so far. The Retail, Wholesale and Department Store Union filed paperwork in November to represent frontline workers at an Amazon.com Inc facility in Alabama. The company’s US warehouse workers currently aren’t unionised. A vote among the more than 5,000 workers at the site is expected in coming weeks.

Google worker protests in 2018 forced the company to let a Pentagon artificial intelligence contract lapse. Employee uprisings including a walkout by thousands of workers also led the company to limit the use of forced arbitration that same year.

Workers involved in the new union said they saw it as an extension of such efforts, one that could provide a more permanent structure to keep pressure on management, hold the company accountable for promised changes and respond to retaliation against activists. The organisation plans to deploy a mix of protests and legislative, regulatory and legal tactics, and to weigh in on issues like antitrust scrutiny of Google. CWA in 2018 joined a coalition urging the Federal Trade Commission to break up Facebook.

CWA has been working with Google activists since late 2019, and filed a complaint then with the National Labor Relations Board alleging workers were fired for taking collective action. In December, the agency’s general counsel took up some of those allegations, accusing Google of illegally firing, interrogating and surveilling activist employees. Google has denied wrongdoing, saying it supports workers’ rights and that the employees in question were punished for “serious violation of our policies and an unacceptable breach of a trusted responsibility”. – Bloomberg 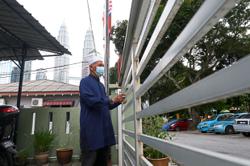