Rights for US gig workers are a political issue now, but many of them can’t vote 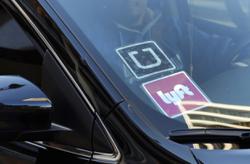 A rideshare driver holds up a sign supporting a no vote on Proposition 22 in Oakland, California, United States, on Oct 9. — AFP

This November, gig economy companies won a resounding victory on the California, United States, ballot. Voters overwhelmingly agreed to allow them to keep their workers as contractors, not employees. Now, those companies want to export that framework to the rest of the country.

Executives at Uber Technolgies Inc, Lyft Inc and DoorDash Inc have all called California’s decision a blueprint for future fights, as states around the country scrutinise the future of gig worker rights. The companies have even created a new national advocacy group to shape political discussions. That means voters and elected legislators could be increasingly called on to determine the employment rights of their Uber drivers and DoorDash couriers.

One group that won’t get a say, though, are many of the people actually driving and making deliveries. Gig economy workers are much more likely to be immigrants than the rest of the population. The result is that some aren’t able to vote on the political tussles that will increasingly decide their employment status.

By one estimate, as many as one-third of drivers working as independent contractors could be ineligible to vote. James Parrott, economic and fiscal policy director at the New School’s Center for New York City Affairs, said that in many major cities like New York the high number of drivers who are immigrants, and the number of those who aren’t citizens, means roughly 30% won’t be able to cast a ballot – either directly for ballot measures or to support political candidates who reflect their views.

"That’s pretty high,” Parrott said. "There is a significant risk of disenfranchisement.”

Tonje Ettevol is one of those workers. A driver since 2014, Ettevol has driven for both Uber and Lyft, and opposed the California ballot measure, Proposition 22, which added some perks for gig workers but also cemented their status as independent contractors. "The only thing that’s independent about what we do is when and where we log on and log off,” she said, calling the framing around the ballot measure "deceptive”.

In the run-up to the election, Ettevol spent hours on Mondays calling and texting drivers, urging them to vote "no” on the proposal and suggesting they prompt their riders do the same. But as a Norwegian citizen with just a green card, she was unable to vote against it herself.

The population of drivers who are immigrants varies widely by market, but across the United States many have gravitated toward driving as a job. In New York, 90% of ride-share drivers are foreign-born, according to a 2018 study co-authored by Parrott and a professor at the University of California, Berkeley. In Seattle and the surrounding King County, they found that the number was 72% in 2020. And in San Francisco, 56% of ride-share and delivery workers are not originally from the United States, according to a report from the University of California, Santa Cruz, earlier this year.

App workers’ citizenship status "greatly limits their ability to have a voice on a ballot initiative like Prop 22,” said Maria Figueroa, director of labour and policy research at Cornell University’s Worker Institute. "I would say that this was a factor in California and that it will play out in other markets such as New York, Chicago, Boston and others.”

The stakes are high for future votes and legislation around gig economy workers, who were estimated to make up about 1% of the working population even before the pandemic. Such workers are more likely than the rest of the population to face financial hardship. In San Francisco, 30% of drivers report sleeping in their car, the University of California, Santa Cruz, study found. And in New York, 18% qualify for Food Stamps, nearly twice the rate for New York City workers overall.

"A lot of my colleagues were pretty alarmed that so many people were unprotected” by labour law, Figueroa said.

California’s Prop 22 is set to go into effect this month and includes a wage floor, a health insurance stipend and some mileage reimbursement for independent app-based workers. The protections that come with regular employment – like sick leave, and full disability and unemployment benefits – are not provided. It’s still too early to say how much of a windfall drivers could get over the status quo. The guarantee that workers be paid more than minimum wage won’t cover time spent waiting for a passenger, hours that account for roughly one-third of their workday on average, according to a study by the University of California, Berkeley.

But while labour activists were fiercely opposed to the ballot measure, even if immigrant workers could vote against the law, it’s not clear that they would. Uber has said three out of four of its drivers supported the proposal. Many of them value the ability to set their own hours and the independence provided by being able to work for multiple apps at once. Uber and Lyft have said that if they were forced to make drivers employees, they would likely hire fewer people and require more structured schedules.

The next battle lines are already being drawn over future gig labour regulations. States like Illinois, Massachusetts, New York, Washington and others are all currently scrutinising gig worker rights. Meanwhile, labour groups are organising to fight the implementation of Prop 22 in California as well as similar rules elsewhere in the country. Gig Workers Collective organiser Vanessa Bain said the focus will be on mobilising smaller groups of more highly engaged activists in cities, including workers themselves, even if they can’t vote.

Luis Vasquez worked full time for Uber from 2015 until earlier this year, when he switched to DoorDash as the pandemic decimated demand for ride-hailing. A single dad, Vasquez said he relies on tips to make ends meet, and strongly supports rules that would make gig workers regular employees.

He said every morning for the two weeks leading up to the California vote, he unfurled a series of "No on 22” banners from freeway overpasses throughout Los Angeles. Vasquez, an immigrant, can’t cast a ballot, but said that he found solace by trying to influence the outcome in other ways.

"We put up a tremendous fight, and we’re not going to stop,” he said. "I hope people will do something to stop these companies.” – Bloomberg 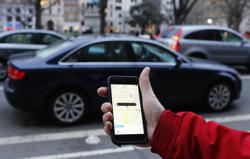 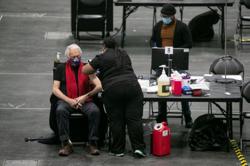