Amazon Web Services Inc (AWS) said it will use the version of Mac mini computers with Intel's eighth-generation 3.2GHz Core i7 processors for EC2 Mac instances.

"With EC2 Mac instances, developers can... focus on creating groundbreaking apps for Apple's industry-leading platforms, rather than procuring and managing the underlying infrastructure," David Brown, vice president of EC2 at AWS, said.

AWS said cloud support for devices with Apple's new M1 chip is in the works, with a launch planned for 2021. – Reuters 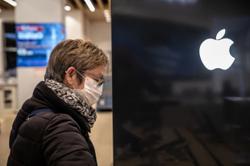