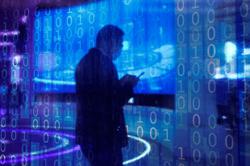 The US and China are jostling to dominate advanced technologies, from 5G to quantum computing and AI. China filed more than 110,000 artificial intelligence patent applications last year. — SCMP

China now leads the world in artificial intelligence patent applications, surpassing the United States for the first time, a development seen bolstering the country’s position as the second-largest market for AI amid Beijing’s tech and trade war with Washington.

The achievement was highlighted by Li Yuxiao, deputy head of the Chinese Academy of Cyberspace Studies, at a press conference on Monday during the 7th World Internet Conference (WIC).

China filed more than 110,000 AI patent applications last year to move ahead of the US in the number of such filings worldwide, according to Li, whose agency is affiliated with industry regulator the Cyberspace Administration of China.

“China is strengthening its independence and technological capabilities in internet information technology,” said Li, who did not specify the number of AI patents filed by the US in 2019.

The US and China are jostling to dominate advanced technologies, from 5G to quantum computing and AI. The sharp rise in China’s AI patent applications, funding and commercial deployment in surveillance activities prompted the US government to take action in October last year, when a number of the country’s AI tech champions were added to Washington’s trade blacklist. That has restricted their access to American hi-tech components like semiconductors and software.

China, which has laid out plans to become the global AI leader by 2030, is also being challenged by the technology’s unclear application scenarios, high investment, and security and ethical issues.

Both China and the US see the potential of AI technology in helping improve the efficiency of their respective economies, including in industries such as manufacturing, transport and logistics, health care and education.

Last year, surveillance was the biggest single end user of AI in China, accounting for 53.8% of all AI-powered applications, according to research firm iiMedia. Finance was second at 15.8%, followed by marketing at 11.6% and transport at 4.2%.

“Over the past year, China has continued to show the world its responsibility and contribution to the development of the Internet,” said Li, of the Chinese Academy of Cyberspace Studies, at the WIC. The conference is also known as the Wuzhen Summit, after the northern town in Zhejiang province where it takes place.

China’s digital economy in 2019, according to the country report, had a total value of more than 35.8 trillion yuan (RM22.13 trillion), representing 36.2% of the country’s gross domestic product that year. – South China Morning Post

The latest unicorn startup is a used car website in India

SAIC Motor, an early adopter of the smart car, sets up US$1bil fund to invest in Internet-linked vehicles with Alibaba 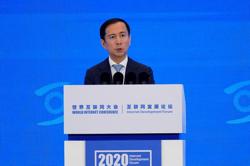