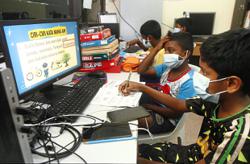 DSP Saroja said there are instances of parents who refused to believe that their child has become a victim of sexual abuse online. — Dreamstime/TNS

Lack of parental supervision and little awareness of the potential dangers on the Internet are just some reasons why children become victims of online sexual exploitation, experts said.

One offender who was based in the United States used different usernames to approach potential victims on multiple platforms namely Facebook, Skype, Oovoo, Omegle and Kik Messenger, DSP Saroja said.

When he was arrested in the US in 2014, police found more than 300 explicit images of underaged victims on his phones, and one of them was a Malaysian girl.

“When we informed the parents of what had happened, they refused to believe that the child had become a victim of sexual exploitation online. Then we had to show them the images that were found in the offender’s phone and they were traumatised by what they saw,” DSP Saroja said, adding that D11 offered counselling to both parents and the child.

DSP Saroja shared another case involving an offender based in Penang, who was arrested after receiving an alert on his IP (Internet Protocal) address from authorities in Macau. The offender had convinced an underage girl in Macau to send him nude images of herself.

“In this case, this girl’s parents were working most of the time so she had a lot of time alone which made her vulnerable,” she said.

DSP Saroja also cited a case involving an offender in Taiwan who convinced a Malaysian victim to send nude images under the pretense that it could help her gain entry into a BTS idol club. In this case, the perpetrator had impersonated a woman to gain the victim’s trust, she added.

“Her (the victim’s) nude photos ended up being circulated on social media and it was a very traumatising experience for the child. She expressed feeling that she has lost hope and we are offering her ongoing emotional support.”

Most recently, DSP Saroja said they have received information about an offender in Kuantan who was found to have downloaded and shared pornographic material online. The offender, who used applications such as Wickr and Tumblr to distribute the material, has been charged under the Sexual Offences Against Children’s Act 2017 (Act 792) and sentenced to 36 months in prison.

According to Unicef chief of child protection Sarah Norton-Stall, a study titled Our Lives Online released in February this year revealed that it’s very common for children in East Asia – particularly Malaysia, Thailand, Cambodia and Indonesia – to have online communication with people that they have never met in real life.

“It could be very risky and dangerous because that is how grooming starts,” she said.

Smita Mitra, a criminal intelligence specialist at Interpol, hopes that more awareness on Internet safety can be introduced through social education programmes in school so that children can learn to identify good or bad interactions on social media.

She added that children may not be aware that they are being exposed to inappropriate images online or have been exploited by predators.

“Tragically, the Philippines is one of the biggest producers of such material and authorities there are starting to crack these cases. We are concerned that the perpetrators would start going to other countries where they feel it’s easier (to commit these crimes) or less likely for them to get caught,” she said.

She added that the victims who are young children are not aware that abuse is happening as they were made to perform in front of a camera.

“Some older children may experience grooming and can eventually understand what is happening but are often trapped by perpetrators,” Norton-Stall said.

Mitra said as sex offenders cannot travel due to Covid-19 restrictions, there is an increase in livestreaming for child sexual exploitation and abuse material online.

“We noticed that they are making payments online for this sort of material,” she stated, adding that even with the pandemic, the consumption of child sexual exploitation and abuse material online remained constant.

Norton-Stall believes that as children spend a lot of time alone and mostly by themselves, they need to be empowered to protect themselves.

“Everyone, from parents to teachers and family members, needs to be aware of potential online threats for children,” she concluded. 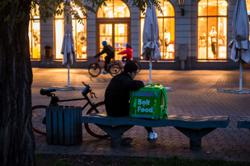