The Malaysian Communications and Multimedia Commission (MCMC) has rescinded the tender offer for the National Fiberisation and Connectivity Plan (NFCP).

On its website, MCMC stated that it was rejecting all draft universal service plans for the NFCP 2 received in May this year, as they did not meet the requirements of its replacement, the National Digital Infrastructure Plan (Jendela).

The new tender offer would have a budget of RM4.6bil and was expected to close by March 31, next year.

During a recent briefing, its chairman Dr Fadhlullah Suhaimi Abdul Malek said the new tender offer took into account an increased required number of telecommunication sites, now at 1,661 sites compared to 500 sites earmarked under the NFCP.

He said the development of sites was being frontloaded in view of the Covid-19 pandemic’s impact on Internet connectivity, so users could feel the benefits sooner rather than later.

The earlier Jendela plan intended to stagger the construction of sites between 2021 and 2022.

Dr Fadhlullah Suhaimi said a new tender offer was also necessary due to the new focus on 4G, and sunsetting of 3G.

“It’s not fair to continue the old tender but with new specifications, that would be like moving the goalposts. It’s also illogical to still require 3G deployment, then close it the next year,” he explained.

Asked about the RM4.6bil budget, he said it would not just be divided up equally between the 1,661 telecommunication sites.

“The cost per site could vary, depending on topology or number of people there as populated areas might need as many as three towers,” he said.

Jendela gets RM21bil budget, will carry on some of NFCP’s projects 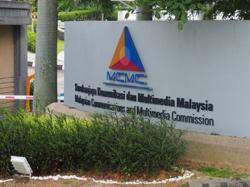