Consumer protection experts say countless people have been lured into signing up for fake subscriptions on scam streaming platforms that look almost as legitimate as Netflix. — Karl-Josef Hildenbrand/dpa

It looks just like other major streaming platforms, even if the web address and logo look a little different from Netflix or Disney+. It says you're able to stream all the latest shows and films here, and even offers a free five-day trial. What could go wrong?

You sign up, only to find no videos load and you have a hefty bill in your email inbox. You've been scammed.

Consumer protection experts are warning users against a wave of scam streaming platforms that lure unsuspecting users into handing over personal information and/or credit card details for what looks like a subscription to a serious streaming service.

Users are often lured to fake platforms with false promises and then put under pressure to pay high bills after being accused of breaching their subscription contracts.

Scam streaming platforms typically advertise a five-day free trial to watch movies and series, and to register, you'll be asked to provide an email address and telephone number, as well as your home address.

A sudden invoice for a year's subscription

However, you won't be able to actually log in to any website and can't stream any movies or series after you have registered.

And yet you will promptly receive an email invoicing you for the cost of an annual subscription.

During your first visit to the site, which you'll often be brought to from some pop-up window, you won't receive any indication that a payable subscription is needed.

When you revisit the site later, however, you'll be informed you are obliged to make payment. This, consumer advice experts in Germany say, is intended to make it more difficult to prove that fraud was being attempted.

The watchdog team at the Rhineland-Palatinate consumer protection centre in Germany say they encountered an entire network of alleged video streaming scam websites for the first time at the end of 2017 due to complaints.

The criminal efforts could not be thwarted, however, despite police investigations in Europe and warnings from consumer advice centres around the world.

Jennifer Kaiser from the Rhineland-Palatinate consumer centre said too many customers blindly put their faith in websites promising something free of charge.

"With a little critical thinking, however, you have to ask oneself: How is it possible that this film that's still playing in cinemas is already being offered to me here as part of a free five-day trial?"

If you do find yourself staring at a sudden bill for a fake subscription like this, don't bother filing a legal objection against the provider. Consumer advice experts suggest heading straight to the police.

This also isn't the only kind of streaming scam that is doing the rounds online, and consumer protection experts have already pointed out numerous fake Netflix cancellation phishing emails offering things like a discounted annual subscription.

Netflix says it will never email you to ask you for your credit or debit card, bank account details or password. – dpa 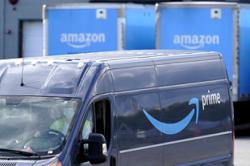