Deco M9 Plus: Mesh it up for better WiFi coverage at home

The sleek design of the Deco M9 Plus means it'll fit in stylishly in any home. — TP-Link

When subscribed to a fast home broadband plan, users will want a router that allows them to surf the Internet from all corners of their house.

The 800Mbps plan (going for a promotional rate of RM378 per month) and the 500Mbps plan (RM278) come with the TP-Link Deco M9 Plus smart mesh system for free.

As it’s a mesh system, there are two identical units, each having two gigabit Ethernet ports and a USB 2.0 port.

Shaped like a sleek white disc, each Deco is about the size of a CD, 64mm thick and weighs 380g. 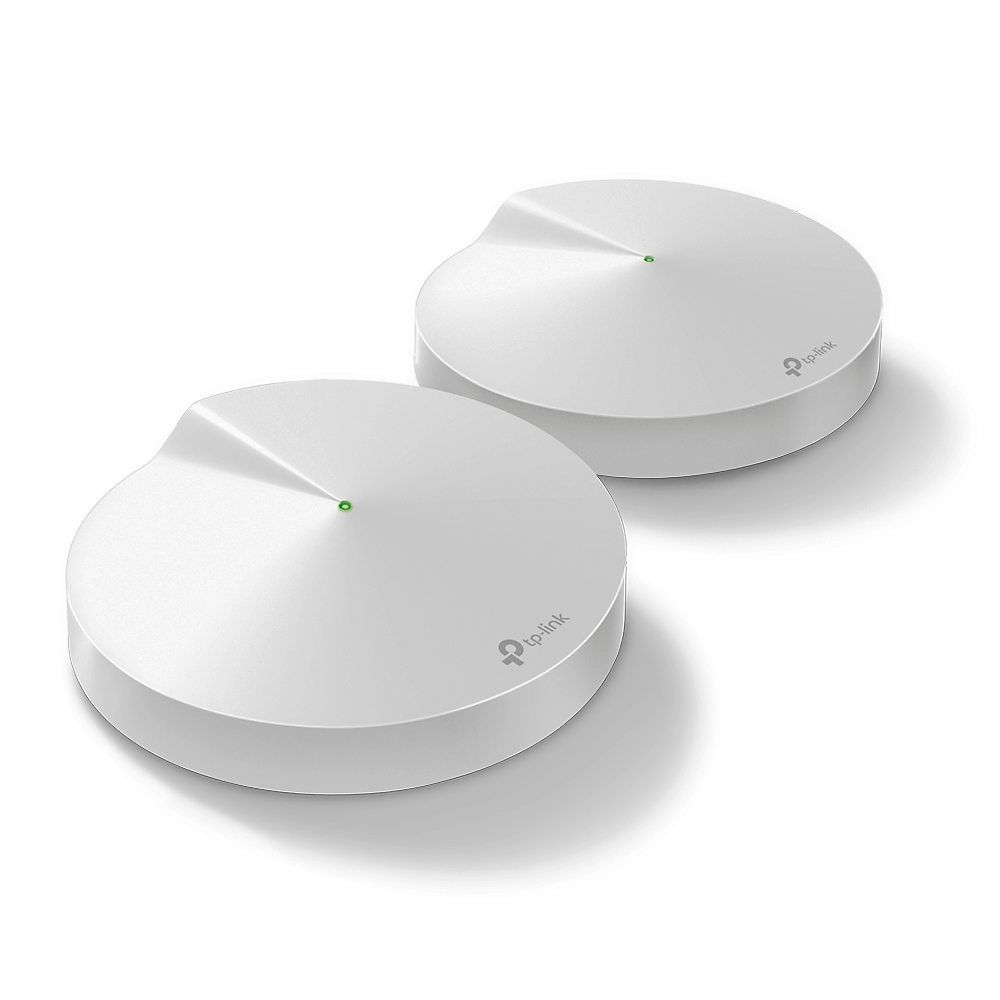 The two units are identical, each having two gigabit Ethernet ports and a USB slot. — TP-Link

As a pet owner, I welcome the slimmer design – it’s no fun trying to diagnose why the Internet got knocked out, only to find out it was the cat which found it easy to kick it to the floor.

A single LED light at the centre produces three colours and blinks to show the status of the unit.

The colour you don’t want to see is red. Pulsing red means one unit is disconnected from the other, while solid red means there’s an issue.

Rather than diagnosing the issue, the app recommends users to just reset the device by pressing the reset button for about a second.

With the help of the TP-Link Deco app, the setup was a simple process. The included booklet even has a QR code to help users download the right app for the mesh system.

As a mobile app is required to set up the system, you will need a device with at least Android 4.3 or iOS 9.0 and Bluetooth 4.0.

If you own a really large house and require additional units, you can purchase them separately and add them to the mesh system seamlessly at any point.

I was even able to connect my old Deco E4 with the new models without a hitch.

The Deco M9 Plus, according to the packaging, is suitable for a house with three to five bedrooms or about 4,500sq ft (408sq m) in total size. It’s especially ideal if you have “dead zones” in your home where a single router’s signals cannot reach some areas due to being blocked by walls.

The main unit – the one connected to the modem – is in the backroom of my home.

The previous router had trouble reaching the living room due to the walls and doors, which was no problem for the mesh system, as it was able to relay the signals to the second unit.

I am on a 500Mbps plan, and when I tested the speed on my smartphone a few feet away from the main or secondary unit, I was able to get an average download speed of 300Mbps to 400Mbps and upload speed of 80Mbps to 100Mbps.

WiFi speeds in the garden too were almost similar to being in the room with the router.

Moving between zones from the coverage of one unit to the other was seamless, as it’s handled automatically without your interference.

The app can also be configured to prioritise a specific device or service, giving the lion’s share of bandwidth to where it’s needed most.

Overall, a mesh system is the way to go if you want to ensure your house is blanketed with WiFi.

PROS: Strong signal; mesh covers a wide area; easy to set up and manage via app.

CONS: App takes a while to get used to.

PRICE: Retails for RM999. Complimentary with Unifi Your World 800Mbps and 500Mbps plans or RM35 x 24 months for lower-speeds