Thanks to AI technology, as well as translating text or speech, one same voice can speak in several languages. — AFP Relaxnews

The Canadian startup Resemble has developed an ingenious system for automatically translating speech into other languages while maintaining the speaker’s same voice. The tool, called Localize, is based on artificial intelligence and could prove revolutionary in several fields.

This new technology has all kinds of potential applications, especially in the worlds of media and entertainment. There would be no need for voiceover actors to dub movies, for example, since stars like Brad Pitt would be able to speak directly in several languages for different versions of a film.

Similarly, YouTubers and other social media influencers could use it to reach considerably wider audiences. The same goes for podcasts and audio interviews. And, in a different sector, call centers would also be able to handle calls in several languages.

Localize proposes voice translations in different languages all while maintaining the speaker’s own voice, but with adapted accents and intonations. The technology currently works in six languages: German, English, Spanish, French, Italian and Dutch. Korean, Japanese and Mandarin are due to follow. Resemble claims that, in just a few days, Localize can be used to help any voice express itself in several languages, and in a totally natural way.

Note that Resemble isn’t the only firm working in the field. For over a year, Google has been working on a similar project called Translatotron. – AFP Relaxnews 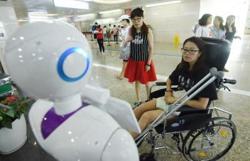