The US government is likely to face challenges proving monopoly allegations against the tech firm which grew into one of the world’s most successful companies by leveraging its powerful search engine for a network of services such as maps, email, shopping and travel that feed its data-driven digital advertising. — Bloomberg

WASHINGTON: Google’s long-running business model based on free services and advertising will be put to the test in the landmark antitrust lawsuit filed this week by the US Justice Department.

But the government is likely to face challenges proving monopoly allegations against the tech firm which grew into one of the world’s most successful companies by leveraging its powerful search engine for a network of services such as maps, email, shopping and travel that feed its data-driven digital advertising.

Legal experts point to the fact that it may be difficult to show Google’s conduct was illegal under the longstanding “consumer welfare” standard in monopoly cases because its services are largely free.

Avery Gardiner, a former US antitrust enforcement lawyer who researches competition for the Center for Democracy & Technology, said the government appears to be skirting the question of whether Google benefits consumers by offering free services.

The lawsuit “basically ignores price and focuses on quality and innovation”, she said.

While not entirely a new strategy, “the antitrust agencies in the past have been reluctant to move forward without evidence of price effects,” Gardiner added.

Data provided by the Justice Department showed Google controls 88% of US search queries, with the share in the mobile market at 94%, and argued that Google reinforces it monopoly with its “exclusionary” deals.

With a market value over US$1 trillion (RM4.14 trillion), Google generated US$161bil (RM667.50bil) in revenue last year, the bulk of which comes from digital advertising including messages linked to people’s search queries.

Christopher Sagers, a Cleveland State University law professor, said Google’s use of free services is unlikely to be a serious hurdle for the government.

Sagers said that Google’s search “is arguably not truly free, since every search can be conceived as a transaction in which the consumer gives their attention to advertisements in exchange for search results”.

A key element of the case will be Internet advertising which “is a product that Google definitely does not give away for free”, Sagers said.

Maurice Stucke, a University of Tennessee law professor specialising in antitrust, said the case appears based not on prices but “the harm to privacy, data protection and the use of consumer data”.

This takes a broader view of antitrust by examining the competitive harms to the marketplace and not just prices to consumers, Stucke said.

He said government lawyers have evoked the Microsoft case from two decades earlier which, despite the failure to break up the company, resulted in a more open technology landscape.

“The perception is that the Microsoft case unleashed significant innovation, because competitors no longer operated in the shadow of Microsoft,” Stucke said.

The case joined by 11 states, all of which have Republican attorneys general, could take years to play out and comes against a backdrop of a fierce political backlash against Big Tech giants which have extended their dominance in recent years.

The Justice Department argues that Google has cemented its monopoly position using deals with device makers to ensure its apps and services are prominently displayed, and sometimes can’t be deleted.

Any settlement, whether imposed by the court or agreed to by Google, could involve changes to business practices or “a structural” remedy – the code word for a breakup of the California titan.

“People use Google because they choose to – not because they’re forced to or because they can’t find alternatives,” Google general counsel Kent Walker said in a blog post.

Asheesh Agarwal of the activist think tank TechFreedom said it would be wrong to use the Microsoft case as a precedent for the Google probe.

“Today, consumers can easily use a variety of other sites and apps to search generally and especially to search for specific goods and services,” said Agarwal. “This isn’t the 1990s, when consumers had to go to the store and pay US$100 (RM414) to try an alternative to Microsoft Office.”

Independent technology analyst Richard Windsor said the case against Google appears strong but that “the most likely remedy is not a break-up of the company but measures that enforce fairer competition”.

This could include allowing non-Google services and apps more prominence on the Google Play Store.

“To be fair to Google, its digital ecosystem services are the best available in many categories,” Windsor said in a blog post. “However, Google forces handset makers to put them front and center on their devices and to set them by default.” – AFP 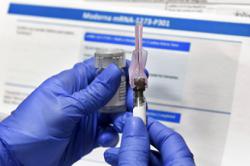