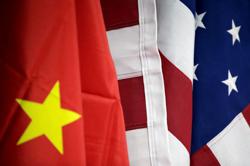 Blogger uncovers network of commenters offering information on how to find minors and avoid legal troubles. Qiqihar cyber police implore the public to only trust official information for updates on the case. — SCMP

Chinese police in a northeastern city have launched an investigation after a man boasted on Twitter of having sexual relationships with minors.

The accused man, whose online location was pinned to Qiqihar in Heilongjiang province, had apparently been documenting his relations with three “goddaughters”. Two were aged 15 and 20, and the age of the third was not disclosed.

Qiqihar cyber police told the South China Morning Post that officials were investigating and asked the public to only trust official sources about the case.

An officer told Red Star News that police had collected the online information and reported it to their supervisors, but legal procedures would take some time.

“The police need to collect information, double check, search for evidence, before we can decide how to handle the case,” the officer was quoted as saying.

A feminist blogger posted screenshots of the man’s Twitter account to Chinese site Weibo on Saturday, claiming that one of the “goddaughters” was a classmate of the accused man’s daughter. He had bragged about having sexual intercourse with her when she was 14.

He had also taken videos of his sexual relationship with the girls and claimed that as the girls had grown older they no longer allowed him to film them.

In other screenshots, the man also bragged about being “a sugar daddy” and “having sex with middle schoolers”. In one post, he even asked if anyone could introduce him to middle school or high school boys “who need some pocket money”.

The blogger claimed she had gone undercover to the man’s social media group and found 314 members had shared information on how to find minors and also how to avoid legal troubles.

Last month, China’s top prosecutor ordered the deportation of a lawyer after a woman who claimed to be his adopted daughter accused him of sexually abusing her from the age of 14.

The woman, identified as Han, alleged the relationship was not consensual but because 14 was the age of consent, the lawyer, Bao Yuming, could be convicted of rape but not of sexual relations with a minor. Bao has denied all allegations against him.

The Supreme People’s Procuratorate found no evidence to support child rape allegations, but Bao lost his licence to practise law in China after a separate investigation in Beijing concluded that he had dual Chinese-American nationality and he was deported.

Harsher penalties are being considered for the sexual harassment of minors under proposed revisions to China’s criminal law, which were sent to the National People’s Congress for approval last week.

They include heavier punishment for offenders who rape girls under the age of 10 or cause them harm. People in positions such as supervisory, nursing, education and medical roles who have sex with girls aged 14 to 16 will be held criminally accountable, regardless of whether the minor gave consent. – South China Morning Post 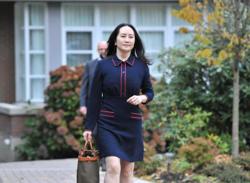 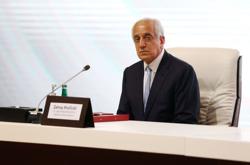