The company has announced ‘hum to search’, which lets users hum, whistle or sing a melody to the Google app, which then tries to track down the song you had in mind. — AFP

LOS ANGELES: Can’t remember the name of a song, but you can hum a few bars? Google has felt your pain – and now has a solution to this particular first-world problem.

The company has announced “hum to search”, which lets users hum, whistle or sing a melody to the Google app, which then tries to track down the song you had in mind.

To use the feature, users of the Google app (or Google Search widget) on a mobile device can tap the mic icon and say “What’s this song?” or click the “Search a song” button. Then they start humming or singing the tune for 10-15 seconds.

After you’re finished humming or singing, Google’s AI algorithms try to identify potential song matches and display the most likely options based on the tune. Users can then select the best match and explore information on the song and artiste, view any accompanying music videos or listen to the song on a music app, find the lyrics, read analysis or even check out other recordings of the song if they’re available.

The feature is currently available in English on iOS, and in more than 20 languages on Android. The “hum to search” feature also is available through Google Assistant.

“When you hum a melody into Search, our machine learning models transform the audio into a number-based sequence representing the song’s melody,” Krishna Kumar, senior product manager for Google Search, explained in a blog post.

According to Google, the AI models are trained to identify songs based on a variety of sources, including humans singing, whistling or humming, as well as studio recordings. The algorithms also remove other details, like accompanying instruments and the voice's timbre and tone. “What we’re left with is the song’s number-based sequence, or the fingerprint,” Kumar wrote.

Google launched “Now Playing” on the Pixel 2 smartphone in 2017, to provide low-power recognition of music to mobile devices. In 2018, it introduced the SoundSearch feature in the Google app and expanded the reach to a catalog of millions of songs. “This new experience takes it a step further, because now we can recognise songs without the lyrics or original song. All we need is a hum,” according to Kumar.

Also on Oct 15, the Internet company announced enhancements to the Google Lens and augmented-reality visual search tools for learning and shopping. Now, for example, Lens can help with a homework problem via step-by-step guides and videos or 3D visuals. On the shopping side, if you are browsing products online, Lens can find the exact or similar items and suggest ways to style it. Lens can now recognise 15 billion objects, according to Google (up from one billion two years ago).

This Android feature can detect what goes bump in the night 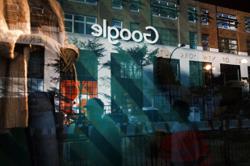 If Google’s a monopoly, who is harmed by its market power? 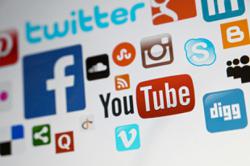