UK risks losing its most robot-proof jobs to Covid crisis

A robot delivers a pizza at Robotazia restaurant as the coronavirus disease (Covid-19) outbreak continues in Milton Keynes, Britain. — Reuters

The UK risks losing jobs to the Covid crisis that could be resilient to automation while giving a short-term boost to sectors that have no long-term future.

Jobs in supermarkets, residential care and couriering have all been lifted by the crisis. Yet they face a high risk of replacement by new technology in future, according to a report by the Royal Society for Arts published Monday. That disruption is also being accelerated by the pandemic, it said.

For workers in entertainment and the arts, massive cuts are likely in coming months as the virus keeps venues shuttered. However, the industry faces little destruction from automation and had provided some of the fastest employment growth over the past decade, the analysis found.

Technology could land a second blow to a labour market already reeling from a nationwide lockdown sooner than anticipated. Five years of digital transformation occurred in just five months this year for sectors such as retail, with online sales growing as much between February and July as between 2015 and 2020, the RSA said.

UK Chancellor of the Exchequer Rishi Sunak last week announced new support for jobs in coronavirus hot spots that may help some. The government will pay two-thirds of the wages of workers in companies forced to close as a result of restrictions.

Yet even before the crisis, PricewaterhouseCoopers LLP estimated that up to one-third of British jobs could be automated in the next 15 years.

“The government’s response to the pandemic risks us losing many automation-proof jobs,” said RSA Researcher Fabian Wallace-Stephens. “Likewise, many workers who need to be retrained may be lulled into a false sense of security by the current pandemic.” – Bloomberg 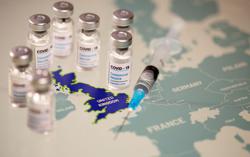