DeepL vs Google Translate: Machine translation has never been so good

No translator can match DeepL for speed and spelling, and while its results will usually need some reworking to sound natural, machine translation has never been this close to being as good as humans. — Florian Schuh/dpa

Need something translated? For years, Google Translate has been the go-to for anyone looking to find out what a text in another language is about.

But one German startup is using machine learning to deliver instant translations that can often outperform the tech giant in terms of accuracy.

DeepL uses artificial intelligence to constantly learn and delivers surprisingly good results, even with long-winded sentences – sometimes even to such a degree that no human correction is needed.

The free service will generally be able to handle a common phrase like "raining cats and dogs" and adapt it to something idiomatically similar in the target language.

While DeepL's range of languages isn't as massive as Google's, it still covers some of the most widely spoken ones, and lets you freely translate between English (British or American), German, French, Spanish, Portuguese, Italian, Dutch, Polish, Russian, Japanese and Chines.

With the free browser-based version of DeepL, you can translate texts of up to 5,000 characters in one go – anything else gets cut off at the bottom, but you can always paste in longer texts in chunks.

One key advantage over Google, especially for translators, is the ability to click on any word and see suggestions for alternative ways to translate it.

This means if, at any time, DeepL's translation doesn't feel right, you just click on the word and change it to something more suitable. DeepL can be used either in the browser version or as a free app for Windows or Mac. – dpa 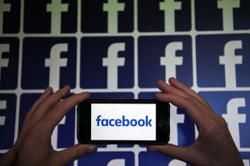