U Mobile was named one of four telcos that improved significantly in all four categories measured by OpenSignal. — U Mobile

Local telco U Mobile has been recognised for the recent improvements in its network and named one of Opensignal’s Global Rising Stars.

The independent mobile analytics company released a report on 30 mobile network operators around the world that saw substantial improvements over the last year, in which U Mobile was named one of four telcos to shoot ahead in all four listed categories.

U Mobile recorded a 39.2% improvement in Video Experience, 18.6% advance in 4G Availability, 69% better Download Speed and its strongest improvement was for Upload Speed Experience which went up by 127.8%, from 2.5 Mbps to 5.7 Mbps.

“To be one of the top 30 operators in the world for year-on-year percentage improvement in just one metric requires a tremendous effort, but to do so across a few borders on the herculean,” said Opensignal.

The other operators to get the same recognition for improvements in all four metrics included Vietnam’s MobiFone, Bangladesh’s Banglalink, Claro in Costa Rica and Uruguay, plus Libya’s Libyana.

Telcos across South-East Asia (SEA) had generally shown the biggest improvement in Video Experience with 19 out of 30 Global Rising Stars in the category coming from the region.

It was the same for Upload Speed Experience, with 15 out of the 30 coming from SEA.

The Video Experience metric quantifies the quality of video streamed to mobile devices by measuring real-world video streams – of various quality, from services like YouTube – over an operator’s network.

“Traditionally much of the focus on mobile network speeds has been on download speeds given consumers’ increasing use of data-intensive services such as video streaming,” said Opensignal.

However upload speeds were becoming more important due to the popularity of social media and cloud services which encourage users to upload photos, videos and other bandwidth-intensive content, it added. 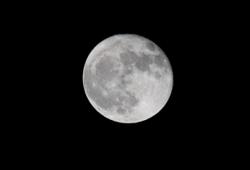 Got any signal up here? Nokia to build mobile network on the moon 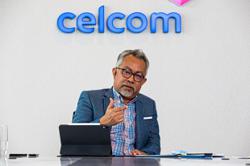