Two Tencent sources said WeCom does not fall under the scope of a ban on WeChat-related transactions in the United States from Sept 20, one of a series of US measures cracking down on Chinese tech firms and apps that Washington says are threats to national security. — Reuters

HONG KONG: Chinese tech giant Tencent Holdings has changed the name of its WeChat Work office collaboration app to WeCom, setting it up as a potential alternative to its messaging app WeChat ahead of a US ban.

Tencent, registered the WeCom trademark on Aug 19, according to the United States Patent and Trademark Office.

Two Tencent sources said WeCom does not fall under the scope of a ban on WeChat-related transactions in the United States from Sept 20, one of a series of US measures cracking down on Chinese tech firms and apps that Washington says are threats to national security.

WeChat is an all-in-one mobile app that combines messaging, social media, payment functions and other services. Its so-called super app is all but essential for daily life in China and boasts more than a billion users.

There was no indication that Tencent has actively promoted WeCom in the United States. There has also been no surge in downloads of WeCom in recent weeks, according to Sensor Tower.

US Commerce Secretary Wilbur Ross is set to release regulations by Sunday clarifying which WeChat transactions will be prohibited under President Donald Trump's executive order.

On Thursday, the US Justice Department said Ross did not plan to target persons or groups who only download or use WeChat to convey personal or business information.

Tencent staff in the United States have historically used WeChat Work to communicate with the company’s headquarters in Shenzhen. Tencent has at least 250 US-based employees.

Trump’s Aug 6 announcement of the ban on transactions related to WeChat caused a spike in downloads of WeChat and alternative apps by US residents. A group of WeChat users has also sued to block the ban.

The WeCom mobile app has been gaining popularity in China, where downloads in the first part of September rose 74% from about 690,000 during the first 16 days of August. Downloads were 158% higher than the same period a year ago.

But the app has gained little traction in the United States. New US installs so far in September stand at about 3,000, unchanged from the same period in August and up from 1,000 during the first part of September last year.

Nina Wei, a Chinese entrepreneur in Seattle, said she used WeCom mostly to connect with business contacts in China but hadn’t used it much recently as a number of projects had fallen apart amid deteriorating Sino-US relations.

She was unaware that WeCom was a potential workaround.

"I haven’t connected my WeCom to my WeChat yet as I was hoping to keep my work life and private life separate." – Reuters 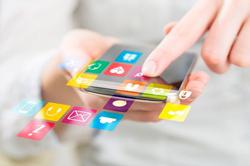