When India went into a sudden lockdown at the end of March, around 320 million children were impacted by the closing of schools. — AFP

Teaching in India moved online at the end of March during the coronavirus lockdown. But children from poorer homes and remote regions are struggling to continue their education as many have limited access to technology.

Ritu Jogi’s family of six share one smartphone. Meena Banswa’s father has a feature phone but can rarely afford a recharge. Zahida Khatun’s family does not own a phone at all. And none of these girls, aged between 12 and 17, have a computer.

These are just a few of the millions of children in India from underprivileged families who are struggling to bridge a digital divide brought into sharp relief by the coronavirus pandemic.

When India went into a sudden lockdown at the end of March, around 320 million children were impacted by the closing of schools.

“The government said, go online, online, online – where are these lines we go on to?” asks Urvashi Sahni, founder of Study Hall Educational Foundation based in Lucknow, in the populous Uttar Pradesh state.

Government data from 2017-2018 shows that only a quarter of Indian households have Internet access. Internet is available to only 15% of rural households, which constitute 66% of India’s population of 1.3 billion people.

There are many organisations working in pockets across the country to bridge the digital divide, but for each of the children they reach out to there are hundreds left out.

In the first few months of the lockdown, there were news reports from Kerala and Punjab about two young girls allegedly committing suicide because they could not continue their lessons.

Others struggle to stay on board, like a group of students in a tribal village in Tamil Nadu, who every day trek to the top of a hill to catch the only available Internet signal.

Local governments have tried to address the problem through donating devices and lessons on television channels.

TV sets have been set up in village community centres in states like Tamil Nadu and Kerala. In a village in Chhattisgarh, lessons are broadcast from loudspeakers set up on trees.

“Governments have been talking of digital classrooms for a while but the pandemic has shown the critical value of technology and the urgency to use it to reach especially the underserved children,” says Sahni of Study Hall Educational Foundation.

The foundation runs schools and programmes for about 6,000 children from affluent as well as socio-economically disadvantaged backgrounds, in what Sahni calls a microcosm of India’s education system.

Students from the middle and upper classes comprise about a third of the student community. These children adapted quickly to new learning systems with online classes, videos, and worksheets shared on social media, as they had access to smartphones and computers.

The teachers found it more difficult to adjust, but assistance and training sessions solved most issues.

But reaching underprivileged children was a massive challenge. “A majority of our student population didn’t have any devices at home, but before that we had to deal with fear of the pandemic and looming hunger with parents and children out of work,” Sahni says.

Many of the students at Study Hall’s learning centres in the slums of Lucknow and surrounding villages work during the day – at eateries or food carts, as domestic help, or on the fields assisting their parents – and attend classes in the evening.

The organisation first connected to students through phones of a family member or neighbour. Then teachers started sharing lessons through videos where possible and through one-on-one phone calls and voice messages where not.

As the lockdown eased, teachers started taking classes of about five children in community spaces and in homes.

Mobile phones were donated by well-wishers, laptops by the local government. Older students and alumni were identified who could connect to at least five children. They received smartphones with data packs and started sharing lessons with these kids.

Sonam Kumari, 15, was given a mobile phone with a data pack around June. She now shares lessons every evening with eight to nine kids from her neighbourhood. “We sit in the small courtyard of my house, everyone wears masks, when it rains we try and adjust indoors.”

Several groups of children are now tutored by teachers using laptops. As days get shorter, they use battery charged lamps to hold the classes, and teachers charge the laptops at their homes whenever there is electricity.

In many areas, especially in rural regions, electricity is erratic and available for less than 12 hours a day.

Delhi-based organisation Deepalaya runs formal schools and learning centres for underprivileged children. Many of those attending its centres in Delhi’s slums are children of migrant workers who were out of work during the lockdown and left to return to their villages.

Deepalaya teachers have tried to reach out to these kids who often live in far-off states like Bihar and Jharkhand, but it has not been easy communicating with them, says the organisation’s executive director Jaswant Kaur.

“Some of them have no access to phones. In many places there is no Internet connectivity. Even a few weeks of lessons missed would be a big setback for these already disadvantaged children,” Kaur said. – dpa 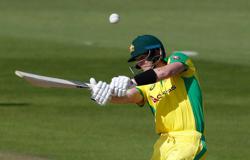