Grady wears an insulin pump to help manage her diabetes at her home in Westford, Vt. Medicare rule changes during the pandemic now makes it possible for her to meet with her doctor remotely, saving her from hours on the road. — AP

WASHINGTON: Telehealth is a bit of American ingenuity that seems to have paid off in the coronavirus pandemic. Medicare temporarily waived restrictions predating the smartphone era and now there’s a push to make telemedicine widely available in the future.

Consultations via tablets, laptops and phones linked patients and doctors when society shut down in early spring. Telehealth visits dropped with the reopening, but they’re still far more common than before.

Permanently expanding access will involve striking a balance between costs and quality, dealing with privacy concerns and potential fraud, and figuring out how telehealth can reach marginalised patients, including people with mental health problems.

“I don’t think it is ever going to replace in-person visits, because sometimes a doctor needs to put hands on a patient,” said Seema Verma, head of the Centers for Medicare and Medicaid and the Trump administration’s leading advocate for telehealth.

Caveats aside, “it’s almost a modern-day house call,” she added.

“It’s fair to say that telemedicine was in its infancy prior to the pandemic, but it’s come of age this year,” said Murray Aitken of the data firm IQVIA, which tracks the impact.

In the depths of the coronavirus shutdown, telehealth accounted for more than 40% of primary care visits for patients with traditional Medicare, up from a tiny 0.1% sliver before the public health emergency. As the government’s flagship health care programme, Medicare covers more than 60 million people, including those age 65 and older, and younger disabled people.

A recent poll of older adults by the University of Michigan Institute for Healthcare Policy & Innovation found that more than seven in 10 are interested in using telehealth for follow-ups with their doctor, and nearly two out of three feel comfortable with video conferences.

But privacy was an issue, especially for those who hadn’t tried telehealth. The poll found 27% of older adults who had not had a telemedicine visit were concerned about privacy, compared with 17% of those who tried it.

Those who tried telehealth weren’t completely sold. About four in five were concerned the doctor couldn’t physically examine them, and 64% worried the quality wasn’t as good.

“After the initial excitement, in the afterglow, patients realise ‘I can’t get my vaccine’, or ‘You can’t see this thing in the back of my throat over the computer’,” said Dr Gary LeRoy of Dayton, Ohio, a primary care doctor and president of the American Academy of Family Physicians.

For Medicare beneficiary Jean Grady of Westford, Vermont, telemedicine was a relief. She needed a checkup required by Medicare to continue receiving supplies for her wearable insulin pump. Being in a high risk group for Covid-19, Grady worried about potential exposure in a doctor’s waiting room, and even more about losing her diabetes supplies if she missed Medicare’s checkup deadline.

“I would have had to go back to taking insulin by syringe,” she said.

Grady prepared for the virtual visit by calling her clinician’s tech department and downloading teleconference software. She says she would do some future visits by video, but not all. For example, people with diabetes need periodic blood tests, and their feet must be checked for signs of circulatory problems.

Still, quite a few follow-ups “could be done very efficiently and be just as useful to the physician and myself as going in and seeing them in person”, Grady said.

Many private insurance plans, including those in Medicare Advantage, offer some level of telemedicine coverage.

But traditional Medicare has restricted it to rural residents, who generally had to travel to specially designated sites to connect.

Under the coronavirus public health emergency, the administration temporarily waived Medicare’s restrictions so enrollees anywhere could use telemedicine. Patients could connect from home. Making such changes permanent would require legislation from Congress, but there’s bipartisan interest.

“Our job should be to ensure that change is done with the goals of better outcomes and better patient experiences, at a lower cost,” said Alexander, R-Tenn.

Payment will be a sticky obstacle. For now, Medicare is paying clinicians on par for virtual and in-person visits.

“Policymakers seems to be in a rush to pass legislation, but I think it is worth taking a little more time,” said Juliette Cubanski, a Medicare expert with the nonpartisan Kaiser Family Foundation. “Fraud is one big area that policymakers need to be cognizant of.”

Telehealth is so new that “we don’t have at this point a real sense of where the huge risks lie”, said Andrew VanLandingham, a senior lawyer with the Health and Human Services inspector general’s office. “We are sort of in an experimental phase.”

Despite the risks, advocates see opportunities.

– help move the nation closer to a long-sought goal of treating mental health the same as physical conditions. Sen. Ron Wyden, D-Ore., wants to use telemedicine as a springboard to improve mental health care. IQVIA data shows 60% of psychiatric consults took place by telehealth during the shutdown.

– improve coordination of care for people with chronic health conditions, a goal that requires patient and persistent monitoring. Chronic care accounts for most program spending.

University of Michigan health policy expert Mark Fendrick says Medicare should figure out what services add value for patients' health and taxpayers’ wallets, and pay just for those. 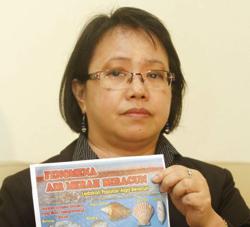 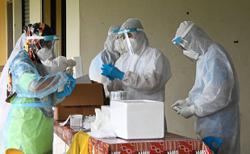