A file photo showing a hidden camera inside a cigarette lighter. A man in Singapore installed hidden cameras in his victims' bathrooms and posted their nude images on an online forum. — AFP

A man in Singapore secretly filmed his family members and friends showering in their own bathrooms and later posted images from the videos on an online forum to impress readers, according to a report in The Straits Times.

The report stated that the 41-year-old man has been sentenced to 28 weeks in jail and ordered to pay a Sg$6,000 (RM18,345) fine for 11 charges related to his voyeuristic activities.

The man began spying on his wife, sister-in-law and friends in 2008 when he planted pinhole cameras at their homes.

The report explained that the man was able to install cameras in his victims' homes by asking to use the bathroom after they spent time jogging together.

He would then incorporate images from the videos depicting his victims showering into sexually-charged comments or stories on Sammyboy, an online forum widely known for its lewd content.

Deputy Public Prosecutor R. Arvindren in court documents said the man did it to "feel accepted" by the forum community.

After about two years, DPP Arvindren said the man got bored and stopped posting on the forum. Then he got back into the forum with a different approach.

"Not wanting to lose his readership, the accused developed a few ideas to keep his readership up and gain more points on the Sammyboy forum. Besides screenshotting videos, the accused went onto Facebook and downloaded the first victim's photo," he said.

He also posted photos of his other victims onto the forum and wrote sexually explicit comments to accompany the images.

His voyeuristic activities came to light when one of the victims was informed by a friend about her nude photos on the forum. She then filed a police report in 2016.

District Judge Adam Nakhoda in his sentencing said the man was diagnosed with parapahillia, a condition explained by WebMD as abnormal sexual behaviours characterised by intense sexual fantasies, but noted that the condition had no effect on his impulse control.

He noted that the man had cooperated with police and wanted to apologise to his victims.

Singapore's amendment to the Penal Code last year will see those convicted of voyeurism facing up to two years jail, including caning and a fine.

The man had 16 other similar charges that were considered for sentencing.

This is not the first time that users linked to Sammyboy have been charged for voyeuristic activities.

In 2019, The Straits Times reported that a digital marketing specialist installed a hidden camera shaped like a metal hook in a toilet at a cafe in Singapore.

He pleaded guilty to 30 counts of insulting a woman's modesty and one count of being in possession of 2,103 obscene films for the purpose of distribution. He was sentenced to three years in jail.

The report explained that the man was part of online group that shared images and videos of women who were secretly filmed in places such as public toilets and changing rooms. He and four other men involved in the group were registered members of Sammyboy.

The man learned how to install hidden cameras from a member of the forum who posted a thread on hidden-camera films, according to details in the report. 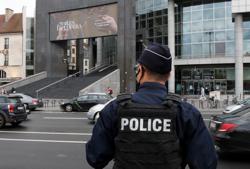