A screen displaying the characters from the Animal Crossing series video game at a Nintendo store in Tokyo. Nintendo said on Aug 6, 2020 that its quarterly net profit leapt to US$1bil, as the gaming industry enjoys extraordinary demand from players stuck at home because of the coronavirus pandemic. — AFP

Nintendo Co’s profit blew past all estimates after Animal Crossing sales almost doubled and supply shocks eased, suggesting the Switch console will hold up well against new competition in the coming holidays.

The Japanese company has already asked assemblers to increase production of its marquee gaming console yet again in order to keep up with demand, Bloomberg News reported earlier. It registered a five-fold leap in operating profit to 145bil yen (RM5.74bil) over the last quarter, its best performance for the April-June period ever. Sales of the Switch and newer Switch Lite console rose past five million units.

That performance was driven by island life simulator Animal Crossing: New Horizons, which got off to a hot start in March with nearly 12 million copies sold in its first 11 days. The game sold another 10.6 million units in the latest quarter – about half of them via digital download – and is close to becoming the best-selling Switch title of all time. Nintendo said that more than half of new Switch owners over the last three months played Animal Crossing first.​

The Kyoto-based company said that while there’s still a lag time in restocking store shelves, its production bottleneck for the Switch will soon be resolved. The company added that it plans to ramp up production closer to the holiday shopping season to ensure adequate supply.

“We did not change our fiscal-year forecast because it’s too soon to judge how long the current Animal Crossing sales momentum would last,” a Nintendo spokesman said. “We would like to wait until the year-end shopping season’s performance to check whether we need to revise our forecast.”

Though Nintendo suffered some supply and shipping issues from the coronavirus outbreak, the company has mostly experienced a strong tailwind that’s affected the entire games industry as people spend more time at home to avoid spreading infection. This trend is likely to last throughout the year, according to Hideki Yasuda of Ace Research Institute, who anticipates accelerating sales of both hardware and software for Nintendo – especially the lucrative digital downloads – as the calendar moves toward the holiday shopping season.

“Selling 50 million software units outside of a holiday quarter is unheard of and they saw much bigger digital downloads, both probably benefiting from social distancing,” said Bloomberg Intelligence analyst Matthew Kanterman.

On Wednesday, the company announced Pikmin 3 Deluxe for release at the end of October, partially addressing concern about its ability to sustain momentum through the holiday sales period that’s likely to be dominated by next-generation consoles and a slate of new titles from Microsoft Corp and Sony Corp. Sony this week reported earnings far above expectations and set a new high for PlayStation Plus subscriber additions in the quarter, mirroring Nintendo’s strong results.

“The operating profit was shocking enough to make us believe there was a Christmas somewhere on this planet during the quarter,” Ace Research Institute’s Yasuda said. “We want to see one or two more titles added for the Switch if we’re to expect Nintendo’s fiscal-year software sales to overwhelm the current company forecast.” – Bloomberg 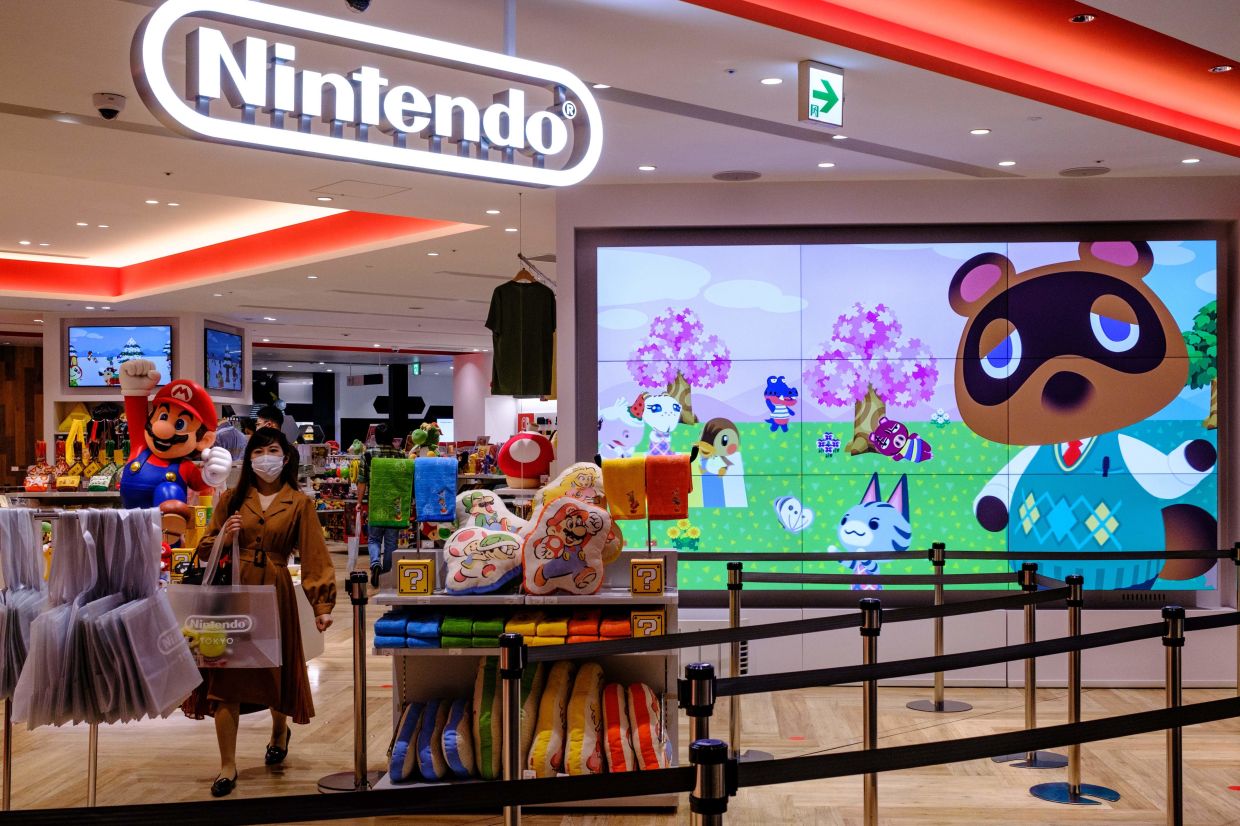 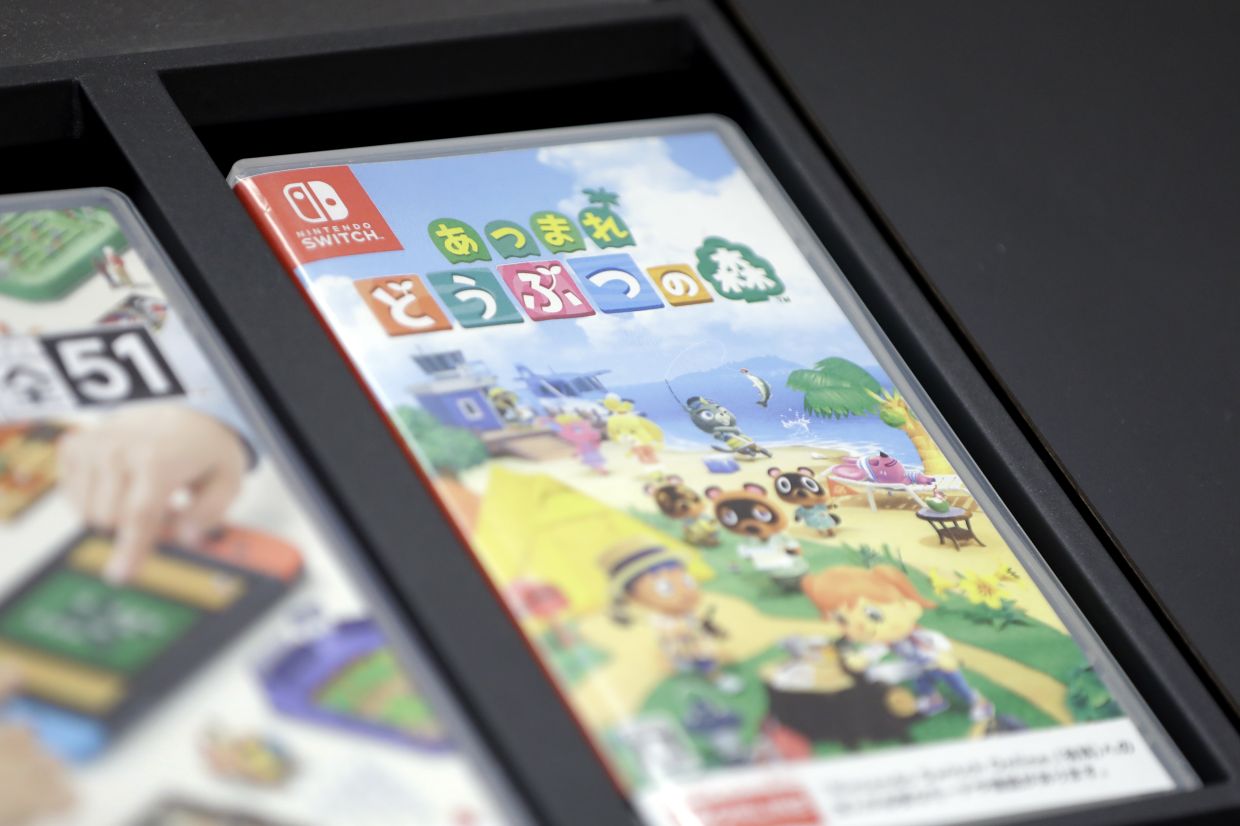 A screen displaying the characters from the Animal Crossing series video game at a Nintendo store in Tokyo. Nintendo said on Aug 6, 2020 that its quarterly net profit leapt to US$1bil, as the gaming industry enjoys extraordinary demand from players stuck at home because of the coronavirus pandemic. — AFP

Figurines and plush toys of characters from the Nintendo Co video game Animal Crossing: New Horizons are displayed inside the Nintendo store in Tokyo, Japan. — Bloomberg

Figurines of the characters Isabelle (right) and Tom Nook from the Nintendo Co video game Animal Crossing: New Horizons are displayed inside the Nintendo store in Tokyo, Japan. — Bloomberg