Once a leader in chip manufacturing, Japan now barely rates in the making of chips themselves while the likes of Taiwan Semiconductor Manufacturing Co (pic) have surged to join the ranks of the world’s most valuable firms. — I-Hwa Cheng/Bloomberg

The accelerated digital transformation across almost every sector amid the coronavirus pandemic is boosting an esoteric collection of Japanese companies that dominate the global supply of semiconductor materials.

Once a leader in chip manufacturing, Japan now barely rates in the making of chips themselves while the likes of Taiwan Semiconductor Manufacturing Co have surged to join the ranks of the world’s most valuable firms. But where Japan does rank is in the supply of niche chemicals needed to make the chips – with the nation’s suppliers holding key positions in almost every part of the manufacturing process, with market shares of almost 100% in some cases.

"Track records are highly valued in the field of semiconductor materials,” Goldman Sachs analysts Atsushi Ikeda and Ayaka Misonou wrote in a report on the sector this month. "Once a particular material is adopted for use on a mass production line, it is highly unlikely to be dropped in favour of another material.” They cited Japanese makers’ commitment to "monozukuri” – the art of making things – among reasons why they stand out in this sector.

Japanese companies dominate across the byzantine semiconductor supply chain – with Shin-Etsu Chemical Co and Sumco Corp holding a combined 55% market share for 300mm silicon wafers, according to Goldman, while Shin-Etsu, JSR Corp and three other Japanese firms hold a 95% share for photoresists.

Not surprisingly, as chip demand has risen along with digital services over months of remote-working, an index of five of the largest makers of chip materials compiled by Bloomberg has outperformed the broader index since the March swoon, with the cohort up about 60% in that time.

In a sign of rising financial market interest in the sector, brokerage coverage has increased. Citi initiated on Shin-Etsu and Sumco at buy on July 16, seeing a rebound in wafer demand in 2021 that will lead to tighter supply and noting that many investors say the shares look undervalued. A day later, Goldman started coverage of five electronic material names including JSR and Tokyo Ohka Kogyo Co with buy ratings, and added Sumco and Mitsubishi Gas Chemical Co to its conviction list.

Shin-Etsu on July 28 reported earnings that beat analyst estimates, as demand for wafers remained "robust” with makers looking to build up inventory during the pandemic. Tokyo Ohka Kogyo meanwhile raised its annual profit outlook by more than 20% on strong sales of chip materials in Asia, a revision seen by analysts including Nomura Holdings Inc’s Shigeki Okazaki as largely priced in after strong first-quarter results.

Nissan Chemical Corp, which provides coating for semiconductor lithography among its many products, has seen its shares double from their March low. It offers the best shareholder returns in the chemicals sector in Japan, according to data compiled by Bloomberg. It could be an unexpected winner if, as reported, Intel Corp outsources chip production to TSMC, according to Iwai Cosmo analyst Kazuyoshi Saito.

"If production is outsourced to TSMC, the output would take place in Asia,” Saito said. "That would benefit the likes of Nissan Chemical, which can only sell chip materials in Asia due to contracts with US companies.”

A spokesperson for Nissan Chemical told Bloomberg News it had no dealings with Intel, but if TSMC was tapped for production it could see gains in sales of its ARC coating and multilayer materials.

Regardless, the pandemic seems certain to only accelerate a move to digital.

"Growth in IT-related stocks will unquestionably form the basis of stock market gains in the second half,” said Norihiro Fujito, chief investment strategist at Mitsubishi UFJ Morgan Stanley Securities Co in Tokyo. That, he says, could drive shares of materials makers higher over the medium- to long-term. – Bloomberg 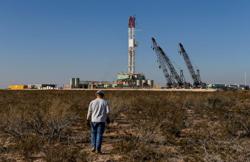 Oil rises on supply deficit forecast and storm in Gulf