US government lawyers said that Anthony Levandowski's punishment for stealing trade secrets from Google as he defected for Uber Technologies Inc is an important lesson to deter 'brazen and shocking' conduct in Silicon Valley. — AFP

US prosecutors say Anthony Levandowski should spend 27 months in prison. The autonomous-driving engineer argues that at the height of the coronavirus, that could be a "death sentence”.

Ahead of Levandowski’s sentencing next week, government lawyers told a judge that his punishment for stealing trade secrets from Google as he defected for Uber Technologies Inc is an important lesson to deter "brazen and shocking” conduct in Silicon Valley.

Levandowski, who agreed to plead guilty, countered that 12 months of home confinement and community service is enough.

Levandowski "raided Google’s repositories and stole proprietary information that would have undoubtedly been useful to him,” prosecutors said in a filing. Had he not been caught, the stolen files might have made the engineer "the savior” of Uber’s self-driving programme.

"At some level, that is what Levandowski’s actions suggest he wanted, to be seen as the singular inventor of the self-driving car, the way Alexander Graham Bell is credited with inventing the telephone,” the government said

Uber recruited Levandowski from Google and later fired him while the company was fighting a civil lawsuit by Alphabet Inc’s Waymo over allegations that gave rise to the criminal case.

Miles Ehrlich, Levandowski’s lawyer, said it’s important for the court to recognise the difference between what he actually did and the more sinister, sensationalised conduct he was originally accused of – stealing "thousands upon thousands of ‘crown jewel’, billion-dollar self-driving car secrets from Google,” and selling them to Uber.

Ehrlich strategically appealed to a fact that US District Judge William Alsup noted during the course of Waymo’s court fight against Uber: that lawyers combing through Uber’s facilities and data in 12 inspections never produced evidence Levandowski used Google’s trade secrets.

Ehrlich urged the court to also weigh the Covid-19 pandemic ravaging prisons. For Levandowski, who has suffered respiratory illnesses and pneumonia in recent years, incarceration could mean a "death sentence”, he said.

Levandowski arrived at his plea agreement with prosecutors in March, two weeks after a related civil dispute with Google drove him to file for bankruptcy. Google won a US$179mil (RM760.48mil) award against the engineer over his defection to Uber. The bankruptcy made it difficult, if not impossible, for Levandowski to mount what would have been a prolonged and costly effort to fend off the criminal charges.

Under federal sentencing guidelines, which judges aren’t required to follow, Levandowski faced as long as 30 months in prison. Without the deal, he could have gotten as much as 10 years. Prosecutors agreed to drop 32 of 33 counts in the agreement. The plea requires Levandowski to pay about US$750,000 (RM3.19bil) in restitution to Waymo to cover its costs of assisting the investigation. 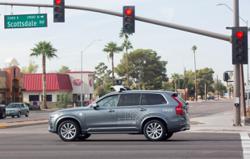 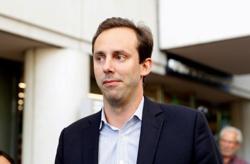 Former Google engineer should get 27 months in prison, US says 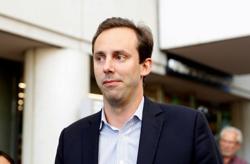 Levandowski gets 18 months in prison for stealing Google files