Qualcomm's new 4100+ smartwatch processor is all about saving battery life 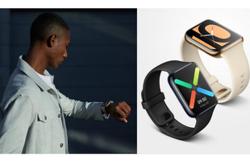 Qualcomm get US nod to sell 4G chips to Huawei

Chip manufacturer Qualcomm is once again injecting some excitement into the smartwatch segment with a new processor promising to be significantly more efficient and faster than its predecessor.

The new Wear 4100+ processor is a quad-core chip like its Wear 3100 predecessor, but the older 1.1-GHz Cortex-A7 cores are now being switched out for significantly faster and less power-hungry 1.7-GHz Cortex-A53 cores.

As with the previous generation, it will be unclear how substantial a difference this chip will make to speed and battery life until the first watches built with it can be tested.

But given the limited battery life of many Wear OS smartwatches, the promise of improved efficiency will likely help makers like Fossil, Skagen and Mobvoi sell their next models.

In addition to LTE so you can use the Internet without a smartphone, the new chip has a permanently active co-processor which can also perform tasks such measuring your pulse and steps.

This supplementary processer will also be able to handle simpler tasks like showing the watch face and cards without having to wake up the main processor, helping the chip to save resources. Qualcomm says it's also redesigned the use of GPS and Bluetooth 5.0 by the chip to make it more energy-efficient. – dpa Qualcomm get US nod to sell 4G chips to Huawei