FaceApp uses AI to change the appearance of a person in a photo, including ‘swapping’ the gender. — Screenshot from FaceApp website

In a statement posted on its website, the FT Mufti office said altering a photo of one's face using FaceApp and sharing it is prohibited (dilarang).

“The use of FaceApp is akin to encouraging the tendency of changing God’s creation even though it is not done through physical means. Hence prohibition is needed to curb the tendency to change God’s creation through the sadd al-zariah principle (blocking the means),” it said.

The FT Mufti office also explained that the app, which has a gender-swapping feature, may lead to confusion as to one’s true identity. It added that the gender-swapped image could also be detrimental to a person’s reputation.

Using the app to change the face to make it younger or older could also mislead people from the truth, it said, adding that people can't predict what they will look like in the future, as they are not meant to know what the future holds.

Further explanation on why Muslims are prohibited from using FaceApp based on relevant verses from the Quran is also included in the statement.

The statement concluded with a message from the FT Mufti office encouraging users to make wiser decisions on picking apps, and to only use them for beneficial purposes.

“We reiterate that Muslims are not to use FaceApp or share the images of faces that have been altered, or edit photos of faces to change them to a different gender,” it said.

In the privacy policy for the app, the company stated that it may collect information such as app usage, purchase history and online activity for purposes such as displaying advertisements and sending promotional emails.

On June 18, the FT Mufti office declared the social media make-up transformation Lathi Challenge as "haram and sinful" for Muslims, as it has elements of worship that could lead them to shirk (idoltry) and kufr (denial of truth).

"Therefore, we would like to advise the public, especially Muslims not to get involved in any challenges which have elements of worship and rituals like this in order to preserve our faith," the statement read. 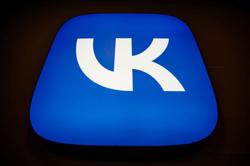