Covid-19 tech is another catalyst for improving Arab-Israel ties

The new Medisana Temi robot, developed by an Israeli company to be used in hospitals and medical centres to help minimise human-to-human contact risks at the Sheba Medical Center Hospital in the central Israeli city of Ramat Gan on June 3. — AFP

At a Tel Aviv-area hospital, a robot toddles over to a young patient propped up in bed and connects her remotely to a physician to discuss her treatment for Covid-19.

Like other Israeli innovations, the technology caught the attention of other countries in the region. It’s just one example of how the Arab world is starting to put aside an intractable diplomatic freeze with Israel for the sake of business ties and recognition of mutual interests.

"People have come here for medical treatment from the Gulf and there are contacts with countries that don’t have diplomatic ties, ” said Yoel Hareven, director of the international division at the Sheba Medical Center.

The deepening trade links accompany cautious diplomatic openings, with informal contacts being established for sports events and humanitarian aid. Part of that stems from changing regional dynamics as Iran, not Israel, becomes the main object of hostility for countries like Saudi Arabia, and Washington encourages a united front in the Middle East against the Islamic Republic.

The hospital’s contacts with Gulf countries began with an invitation to director Yitshak Kreiss to attend a conference sponsored by the Trump administration in Bahrain a year ago. There, he met with the kingdom’s foreign minister and made contacts with officials in the United Arab Emirates, which has no diplomatic or travel ties with Israel.

"Tackling the pandemic shouldn’t know any borders or boundaries, ” Lana Nusseibeh, the UAE’s ambassador to the United Nations, said during a May 5 webinar, adding she wasn’t aware of any UAE-Israel connections related to the pandemic response. But,"this public health space should be an uncriticized space where we all try and pool our collective knowledge of this virus in order to improve the lives of many people around the world.”

That doesn’t mean all sides are ready to take the warming in relations public.

"The Kingdom of Bahrain has not been coordinating with Israel or Israeli companies during the coronavirus pandemic, ” its government said in an emailed response to questions. The UAE’s foreign ministry didn’t immediately respond to requests for comment.

Contacts with Bahrain and the UAE from the conference have also taken a lower profile since Israel began talk of annexing land the Palestinians claim for a state, according to a person familiar with the situation, speaking on condition of anonymity to discuss confidential communications. Prime Minister Benjamin Netanyahu has promised to act by July 1, though some officials have said that date is flexible.

The annexation plan, seen by Palestinians as a potentially fatal blow to their statehood dreams, may slow cooperation, but won’t stop it, said Dennis Ross, a former US presidential Middle East adviser now at the Washington Institute for Near East Policy.

"There is a distinction between the practical and the formal, ” he said. "The practical will slow down if there is a political act that makes it costly to be seen doing anything with Israel, and annexation can have that effect.” But the need remains, he says, so progress is likely to continue, if more slowly.

One other area of cooperation is technology to grow crops more efficiently and find alternatives to environment-damaging agricultural techniques, a critical need in a largely desert climate. The World Bank says that the Middle East and Africa are the regions where climate change will hurt most. Extreme heat is expected to spread across greater expanses for longer periods of time, making some areas unlivable, reducing growing areas for agriculture and water supply, the lender has said.

"We can work together and I can tell you this is a major priority for them and a major opportunity and priority for us, ” said Israeli venture capitalist Erel Margalit, a former lawmaker.

Morocco is a target country.

"The orange groves of Souss would have been dead by now if it weren’t for the arrival of affordable efficient drip irrigation technology, and Netafim was among the first Israeli firms to come, ” said a farmer in southern Morocco, who asked that his full name not be used due to the sensitivity of the matter. He was referring to Netafim Ltd, a company founded in Israel’s Negev Desert whose website touts technologies to help farmers "grow more with less”.

But even with Netafim, the trade is still through European subsidiaries. Executives from the company declined to talk politics but said that by disrupting supply chains, the coronavirus highlighted the need for more sophisticated agricultural technologies.

"Governments and people will want to ensure they have food security” and remote access to fields, said chief executive officer Gaby Miodownik.

In exposing the fragility of the global food supply chain, the pandemic also highlighted that the world needs "to collaborate when it comes to food and water and diseases, ” said Ofra Strauss, chairwoman of Israel’s largest food company, Strauss Group Ltd, and a pioneer in food technology.

"In the Middle East, collaboration was the answer against the virus whether we wanted to or not, ” she said. – Bloomberg 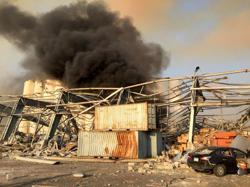 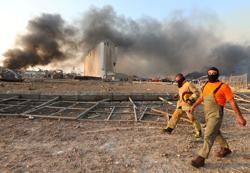