A unique engine is bringing power to a remote Philippine island

Telecommunications companies could be a key user of Aquarius's free piston linear engine as they roll out high-powered towers and equipment to upgrade networks to 5G standards, says Aquarius's Fridman. — Reuters

An Israeli startup is hoping a new engine design can help bring power to remote outposts in Asia.

Aquarius Engines Ltd announced a partnership with Nokia Oyj on June 1 and plans to begin field tests in the Philippines this year for a small-scale electrical generator using its unique low-maintenance design.

The company is targeting far-flung locations in Asia to power remote populations and telecommunications centres. The field test in the Philippines is expected to begin this year and run several months, providing the company with feedback as it prepares for mass production, said Gal Fridman, Aquarius’s chairman.

The generators can power commercial and industrial sectors that need around-the-clock electricity in remote spots, or help support wind and solar generation when the sun goes down or breezes halt. It underscores the increased attention businesses are paying to off-grid power, which drew nearly US$1bil (RM4.3bil) in corporate investments during the previous two years combined, according to Wood Mackenzie Ltd.

The engine "technology enables us to open huge markets that were once totally off-limits, ” said Stuart Hendry, vice president of Nokia Enterprise, Asia Pacific. "We will have the ability to supply power to those residing in extremely isolated areas such as remote islands, high in the mountains or deep in the jungle.

Aquarius, headquartered in Rosh Ha’ayin in central Israel, uses what it calls a free piston linear engine, in which a single piston rod moves back and forth between two engine heads. It still uses fossil fuels such as gasoline, diesel or LPG, but it’s a fraction of the size of competing models and doesn’t need lube oil, reducing the need for maintenance.

That last part is important, because traditional generators can require maintenance and oil changes every 200-400 hours, which becomes expensive when technicians need to take long truck, boat or helicopter rides to reach them. Aquarius engines need maintenance once every 1,000 hours or so, according to the company’s website.

"There’s no oil and just one moving part, ” Fridman said. It’s much more "efficient than any conventional engine today.”

The company didn’t disclose where in the Philippines the generators would be tested, only that it’s a two-hour boat ride from the nearest grid connection.

The partnership deal will see Nokia offer cloud computing support to the generators to enable real-time monitoring, while also potentially distributing the equipment to its enterprise clients in Asia. Telecommunications companies could be a key user as they roll out high-powered towers and equipment to upgrade networks to 5G standards, Fridman said.

Fridman sees generators as just the first step so the company can begin generating cash. Eventually he sees applications in other industries, such as acting as range extenders for electric vehicles.

"We’re intending to to change the whole system of engines, ” he said. – Bloomberg 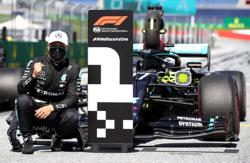