‘Crash Bandicoot Mobile’ game out now, currently available for users in Malaysia only

The new Crash Bandicoot Mobile game is currently available for download to users in Malaysia only, according to a report by CNET.

The report noted that the game is developed by Malta-based King, the same company behind popular mobile games like Candy Crush Saga and Farm Heroes. A separate report by website Android Police also stated that the game appears to have been soft-launched only in Malaysia so far.

Available on the Google Play Store to download for free, developers behind Crash Bandicoot Mobile described the game as "classic Crash in a brand new adventure". Users will be playing as Crash by tapping or sliding the screen to avoid obstacles and collect items along the way.

CNET has described the game as an "endless runner" where users are expected to keep going until they hit an obstacle. However, the Crash Bandicoot Mobile game appears to differ from other endless runner-type games as users will encounter a boss or enemy to defeat at the end of the tracks. Users also have to gather enough items to develop a serum or weapon to defeat the boss.

The mobile version also retains come classic elements from the console game such as crates that Crash has to spin to break, bright shiny fruits to collect and of course, his enemy Dr Nitro to defeat. Oh, and there's Coco to guide Crash or players along the way.

The game currently does not have any details about in-app purchases. 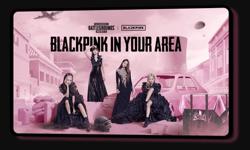