How technology is tackling virus-induced isolation in Norway

Karen Dolva, CEO of No Isolation, demonstrating the Komp, which helps older people beat loneliness during the Covid-19 pandemic by getting pictures, messages and two-way video calls from family members, in Oslo on April 7. — AFP

OSLO: Widower Per Leif Rolid lives alone on his farm, a two-hour drive from Oslo. His sense of isolation has mounted with the Covid-19 pandemic, but a simple screen is helping him stay in touch – without requiring any computer know-how.

Aged 87, Rolid has never owned a computer, smartphone or tablet. But that has not stopped him from getting messages, photos and video calls from his grandchildren scattered around the world.

The secret? A screen that looks like a mix between an old-fashioned television and radio, placed next to his TV.

There is no keyboard, login or password. And there is just one button to turn the machine on and adjust the volume, like an old-fashioned radio.

On the other end, relatives can take a few minutes out of their day to reach out to the family patriarch via an app.

"I can see them while talking to them. I keep in touch with family at home and abroad, on travels. I feel like I can be with my family all the time," Rolid says with a smile.

The tech revolution that has changed our daily lives in so many ways has left parts of the population behind.

According to a study co-conducted by the British Red Cross, more than nine million adults in Britain feel lonely, including four million of those aged 55 and over.

That feeling of isolation risks being aggravated by confinement measures during the coronavirus outbreak, as older people are told to avoid physical contact with others since they are most at risk.

According to psychologist and physiologist Christopher Lien, the added isolation is "particularly regrettable".

"Lots of old people have quite a small social network and if you add weeks of social isolation to that, it's clear that for a lot of them this network becomes even smaller," he said.

"In the worst cases, they can end up feeling disoriented in space and time. They lose their bearings when they can't get together in their nursing home or have visits from friends and family."

Window to the family

The virus crisis could give a boost to tech companies developing products to bridge the gap between generations, with analogue people on one end and their digital-savvy counterparts on the other.

The global market for such machines – known as telepresence robots – could rise by 20% to 35% this year because of Covid-19, and could hit US$400mil (RM1.7bil), according to Lian Jye Su, tech analyst at ABI Research.

The screen used by Per Leif Rolid on his farm in Redalen was made by Norwegian start-up No Isolation, which specialises in using technology to tackle loneliness among vulnerable groups.

"We know that this is not something that exclusively happens during a pandemic, but it became painfully clear that this harms the most vulnerable first and the hardest," says No Isolation chief executive Karen Dolva.

"All of a sudden the families realised that we have to take them online," noting that "granddad doesn't have to be digital to be online".

The screen, called Komp,"becomes like their window to the family in the day-to-day life".

After selling 650 devices last year, the company says it sold 1,500 screens in the last two weeks of March alone.

In Oslo, Rolid's granddaughter Martine Rolid Leonardsen says she has made sure to use the technology even more lately to keep in touch with him and help fight his solitude during the pandemic.

"I'm more mindful of sending him pictures every day," she says.

"It doesn't matter if they're not from now, because we're not doing anything right now. It's important to send (some) from vacations years ago, and to remind him of how life used to be before corona." – AFP

Mudslide in Arctic Norway sweeps houses into the sea 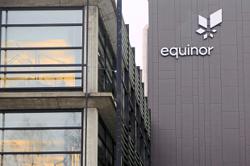