A viral WhatsApp message claimed that Zoom is one of the apps that hackers are using to steal personal information like passwords and get access to banking details. — AZHAR MAHFOF/The Star

CIMB has issued a statement denying any suspicious activity on its platforms after a viral WhatsApp message claims Zoom is to blame for the recent ‘direct debit’ issue that has affected some customers.

“We would like to reassure customers that there have been no untoward or suspicious activities on any of our platforms,” the bank said in a statement today (April 9).

CIMB stated that it operates within strict security guidelines and adheres to all regulatory, legal, compliance, and risk requirements.

On Twitter, some users have reached out to CIMB after receiving a WhatsApp message where they are urged to uninstall Zoom, a popular video teleconferencing application.

The message claimed that Zoom is one of the apps that hackers are using to steal personal information like passwords and get access to banking details.

CIMB in a reply to a user said “the security concerns with Zoom app will not impact your banking details on CIMB Click (the banking application)”.

Meanwhile, Zoom in a statement to Harian Metro denied that its application is the cause for the ‘direct debit’ issue faced by some CIMB customers.

“Zoom would like to maintain that the application has no connection to claims that malware attack may have caused automatic debit to be launched and the matter has also been clarified by the bank.”

The WhatsApp message’s claim has also been disputed by Sebenarnya.my, an information portal to debunk fake news by the Malaysian Communications and Multimedia Commission in a recent article.

The company said there were isolated incidents relating to incomplete transactions performed by customers with overseas merchants, including subscribing to streaming services like Netflix or Spotify.

However, the transaction descriptions were re-termed as “direct debits”, which caused confusion among affected users, it said. 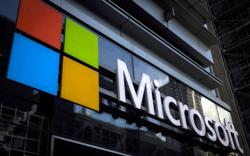