Xbox Series X’s chip is a ‘Made in Malaysia’ product

Evans showing the processor for Microsoft’s Xbox Series X, which is made in Malaysia. — Twitter/@austinnotduncan

Microsoft’s next-generation console, the Xbox Series X, caused the term "Made in Malaysia" to trend on Twitter after its processor was revealed to be made in the country.

Technology YouTuber Austin Evans tweeted an image of him holding the chip with the Xbox logo and the words Series X and Project Scarlett.On the chip, it is also stated that it was made in Malaysia and diffused in Taiwan.

If only I had the rest of the Series X pic.twitter.com/YGItMP90UZ

According to the Xbox team, the custom designed processor is powered by an eight-core AMD Zen 2 CPU and a 12 TFLOPS RDNA 2-class GPU.

The new hardware reportedly enables the console to run 4K definition games at up to 60 fps (frames per second), and promises support for up to 120 fps.

The Series X console originally went by the name “Project Scarlett” when it was first introduced at Electronic Entertainment Expo last year.

A full list of the console's specs is available here. 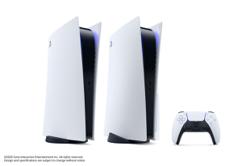