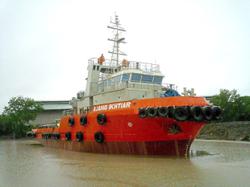 An egret looking for food in the middle of the mangrove forest in Kuala Sepetang. The Global Mangrove Trust plans to launch an app and website in the next six months using blockchain technology to fund mangrove restoration projects across India and South-East Asia. — RONNIE CHIN/The Star

KUALA LUMPUR: Would you forgo a cup of coffee to plant mangroves aimed at helping coastal communities fend off climate change? A Singapore-based online platform is counting on crowdsourcing donations for projects to add one billion mangrove trees by 2025.

The Global Mangrove Trust plans to launch an app and website in the next six months using blockchain technology to fund mangrove restoration projects across India and South-East Asia.

Users will be able to select a project and, once the funding target is met, track its progress through video, photograph and data updates, and monitor forest growth drawing on satellite images and algorithms.

"We provide an opportunity for people all over the world who have excess money (to) lay off one US$5 (RM22) latte and plant five mangrove trees with a coastal community," said Ryan Merrill, the trust's managing director.

The trees, together with related employment and conservation efforts, offer an opportunity to provide "a disproportionate benefit for the most vulnerable", he added. Mangroves make up less than 1% of tropical forests worldwide but are vital for the well-being, food security and protection of coastal communities, according to the United Nations Environment Programme (UNEP).

They protect coastlines against the ferocity of storms and rising sea levels, absorb planet-heating carbon from the atmosphere and boost fish stocks.

But mangroves are being destroyed at rates three to five times higher than the average for forests, and more than a quarter of the world's mangrove cover has already disappeared, UNEP says.

Some mangrove restoration projects have approached the trust directly to seek funding via its new platform, called GROVE, while others were enlisted with the help of conservation groups.

The projects are located along South Asia's Bay of Bengal and in South-East Asia, including the Philippines, Malaysia and Indonesia. The platform plans to add initiatives in Africa, as well as North and South America.

The GROVE funding will reward communities that restore, maintain and expand their mangrove forests over time, rather than just providing one-off payments.

"There have been lots of projects in history where people have planted mangroves and three years later, all the saplings get chopped down and sold for charcoal," said Merrill.

The platform is also backed by expertise from the San Francisco-based Global Innovation Lab for Climate Finance, which since 2014 has developed and launched 41 innovative financing instruments to help meet global goals to curb climate change, attracting investment of about $2 billion.

Merrill said that if the GROVE platform proved successful in raising funds for mangrove restoration, the technology could be used to support other types of nature protection. 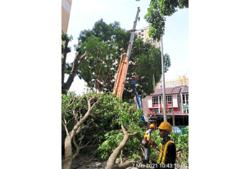