McMurtrie's theory is that male skin creams and hair and beard care products are flying off the shelves in part because men want to appear more attractive in their dating profile pictures. — Dreamstime/TNS

NEW YORK: Online dating is not only transforming the way people hook up, it is changing the way single people spend their money and shaping the nature of household spending, according to one investor taking an interest in the emerging sector.

"It's driving pretty much everything, if you think about all the things people spend money on around finding a romantic partner, courting them, getting married, having kids," said Daniel McMurtrie, the young co-founder and CEO of Tyro Capital Management, a New York hedge fund.

McMurtrie, 28, has tracked the rising tide in people going online to find a partner "from a kind of niche category, which was a little bit of a joke to some people, to being the dominant form of dating".

According to a Pew Research Center study published Feb 6, 30% of American adults have used a dating app or website. For people under 30, that increases to 50%.

The proliferation of smartphones and the ease of using apps have been game changers. All a user has to do is enter a small amount of personal information to start seeing photos of potential matches. A simple swipe of the finger can show interest, and if it is reciprocated, start a conversation.

The financial cost of arranging a date has been drastically reduced, as has the cost in time from wasted encounters or rejections. 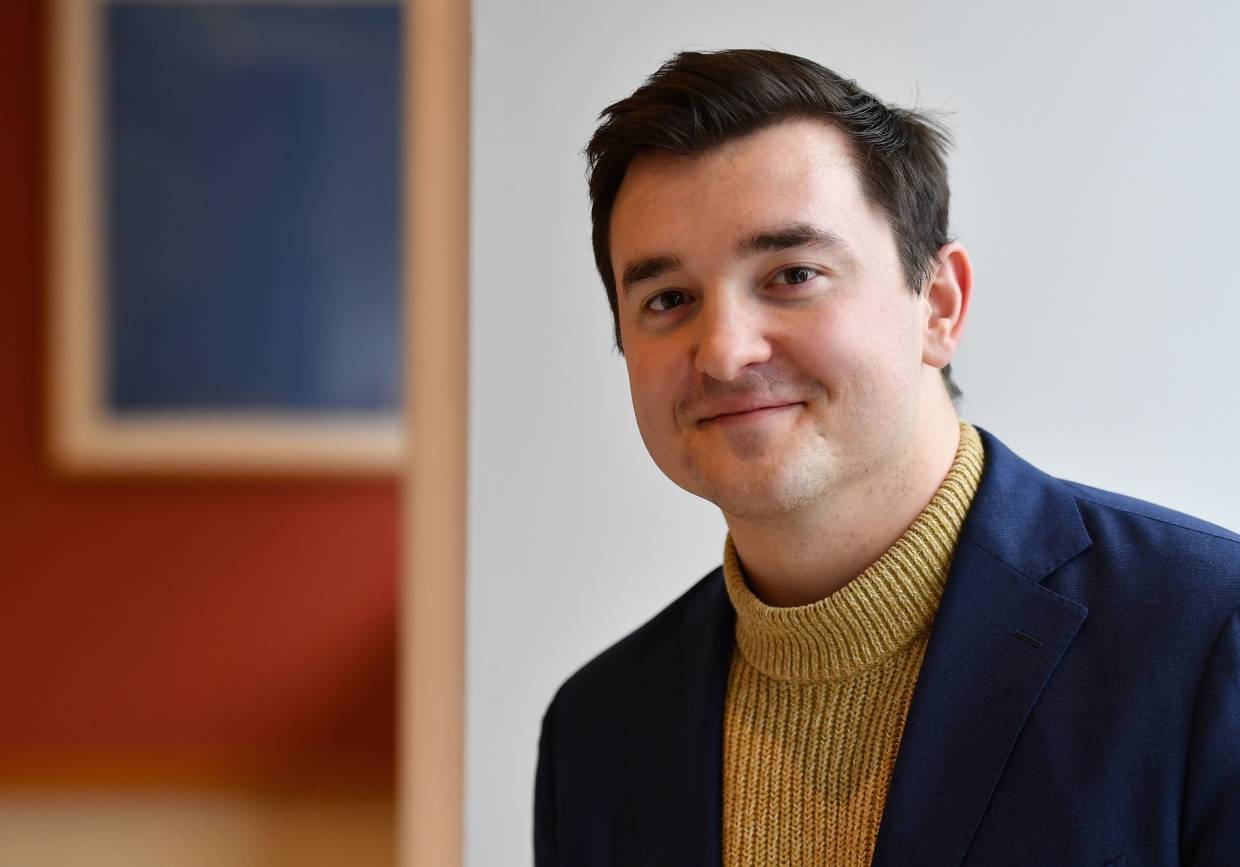 McMurtrie, 28, has tracked the rising tide in people going online to find a partner 'from a kind of niche category, which was a little bit of a joke to some people, to being the dominant form of dating'. — AFP

The social penalties have also been reduced. "If you date someone who's a friend of a friend and it doesn't work out, that can be very awkward."

"Because everyone can get a number of dates instantly through an app, it doesn't really make sense to take that risk anymore," noted McMurtrie, who published a research paper on the phenomenon in November.

Younger generations may lack the financial means to buy a house, and roadtesting life as a couple before potentially splitting up is less complicated if you only pay rent, rather than a hefty mortgage.

These days, couples in the US tend to marry later and divorce less. Longer educations or economic uncertainty are commonly cited as reasons for that delay, but McMurtrie believes online dating plays a part as well.

"People are... dating more, meeting more people and understanding more about what their preferences are, and what they can and cannot deal with in a long-term relationship," he said.

This evolution is having an economic impact "because it's driving consumer spending, it's driving household formation", McMurtrie explained.

He points to the boom in men's grooming products as an example: his theory being that male skin creams and hair and beard care products are flying off the shelves in part because men want to appear more attractive in their dating profile pictures.

By contrast, sales of fragrance have not been affected in the same way because "you can't smell a selfie. Everything is becoming Instagram-ified."

The main players in the market, such as Tinder, Bumble or Hinge, earn money by offering subscriptions that give users access to more features or more profile visibility.

But the biggest opportunities, according to McMurtrie, are in partnerships with restaurants, entertainment venues and clothing and cosmetic stores.

"To go on a date in New York City, you are spending at least US$100, maybe US$200," said McMurtrie. "Right now, Tinder earns 59 cents daily per paying user. So the question is... what percentage of that hundred dollars can Tinder take if they can help facilitate that transaction."

There isn't much financial research on the subject because "online dating is inherently a topic related to sexuality, and I think in a professional context, it makes people somewhat uncomfortable, or it's very hard to take it seriously", McMurtrie observed.

"It would be very hard to talk about this business at length in any serious boardroom environment because you're having to consider things like, 'What is the rate at which people (who) go on a first date start going out?'"

For McMurtrie, the most underestimated impact of online dating is the agency it can potentially provide to women, particularly in more conservative countries where romantic hopefuls may be limited to a very small circle of family friends.

But with apps, women can go from a choice among "10 or 15 men... to potentially having millions of options," said McMurtrie.

Furthermore, female users "realise that they can say no to a man without any risk, and without any reputational downside".

"It's not only a great social thing," said McMurtrie. "It's also a great economic thing because... half the population actually have agency and have some equal say and participation." – AFP