Apple sold more watches in 2019 than all Swiss watchmakers combined 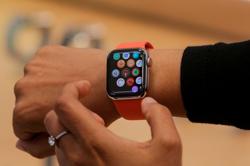 Apple may not disclose itself how many Apple Watches it has sold, but according to a new report on the smartwatch market, the company is doing more than just keeping time with some of the world's best-known watchmakers.

That report, from digital and consumer research firm Strategy Analytics, said that during 2019, Apple sold an estimated 30.7 million Apple Watches around the world, an amount that was 36% higher than the 22.5 million watches Apple sold in 2018.

Strategy Analytics said that even more notable than Apple's year-over-year increase in watch sales was the fact that the company is doing more watch business than the entire Swiss watch industry, which sold 21.1 million watches last year. And while Apple's Apple Watch sales rose, the 2019 sales for all Swiss watchmakers fell by 13% from the 24.2 million watches sold in 2018.

Analysts at Strategy Analytics said Apple's gains in the watch market show that there is a symbolic shift going on among consumers regarding how they choose what kinds of timepieces they wear on their wrists.

In addition to not divulging how many Apple Watches it sells, Apple also doesn't break out revenue figures for the Apple Watch. Instead, Apple includes the Apple Watch in a category of "wearables, home and accessories" in its quarterly business reports. When Apple reported its fiscal first-quarter results in late January, it said wearables, home and accessories sales reached US$10bil (RM41.40bil), up from US$7.3bil (RM30.22bil) in the year-ago period.

Steven Waltzer, a senior analyst with Strategy Analytics, said that even though traditional Swiss watchmakers such as Swatch, Tissot and TAG Heuer have begun to develop their own smartwatches, they are running out of time to counter the gains of rivals like Apple. – The San Jose Mercury News/Tribune News Service 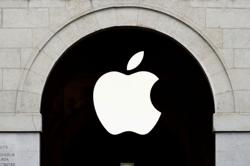 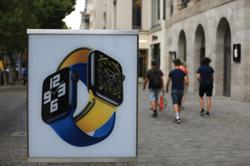