Cyberpunk 2077 is moving to September 2020, though staff still have to work extra hours to meet the new deadline. — AFP Relaxnews

At first expected on April 16, the very highly anticipated Cyberpunk 2077 is following Marvel's Avengers in leaving early 2020 in favour of a September launch.

It could be one of the biggest games of the year, but we'll have to wait at least six months longer to find out for sure.

Sci-fi action adventure Cyberpunk 2077, first announced in May 2012, and benefiting from a massive media blowout midway through 2018, is now tracking for release on Sept 17.

It's the latest project from Polish studio CD Projekt RED, whose medieval fantasy trilogy The Witcher improved to such an extent that 2015's acclaimed The Witcher 3: Wild Hunt pushed new technical, gameplay and storytelling standards for the entire action adventure genre.

As a result, Cyberpunk 2077 has been received as a bold and comprehensive new take on the open world format, largely dominated by Rockstar's Grand Theft Auto and Red Dead Redemption franchises.

That, too, has been affected by the core game's release date rejig and is now expected in 2021 instead.

Despite Cyberpunk 2077's much greater proximity to the new consoles' Holiday 2020 debuts, it's not yet clear if unannounced PS5 and XSX plans have been affected by the new September date.

In the wake of the new Cyberpunk 2077 date announcement, CD Projekt RED's co-CEO confirmed that staff would still be working longer hours to finish the game on time.

In response to an investor Q&A question, he admitted that CD Projekt RED "tr[ies] to limit crunch as much as possible, but [this] is the final stage. We try to be reasonable in this regard", but unfortunately the team would be required to put in crunch hours.

The policy is controversial, despite its unfortunate prevalence, with several notable independent developers rejecting it, particularly those who had worked for major studios or those with extensive industry contacts.

Still, both the delay and confirmation of crunch are in line with an earlier comment from ex-Ubisoft producer Alexandre Moufarek.

"Wondering whether most of the team will be crunching like there's no tomorrow to release in April 2020 or if the game will be delayed. 'Probably both' was the verdict." – AFP Relaxnews 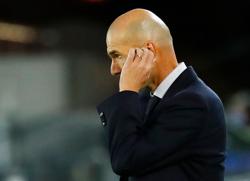