From online Bazi calculators to feng shui apps and video calls, technology has changed the way people seek advice on luck and prosperity.

It has become a custom for financial consultant Lim Xui Wen to wonder about her luck just before the start of the Chinese New Year.

Will she face difficulties in her career? Are there colleagues at work that she should be wary of? Are her prospects for romance good this year?

“I won’t say that I’m very superstitious but it’s nice to have some idea of what to expect this year so I can be prepared,” said Lim, 39.

She has grown accustomed to the practice of seeking advice from an astrologer during Chinese New Year, as it’s a habit she learned from her parents and elders. 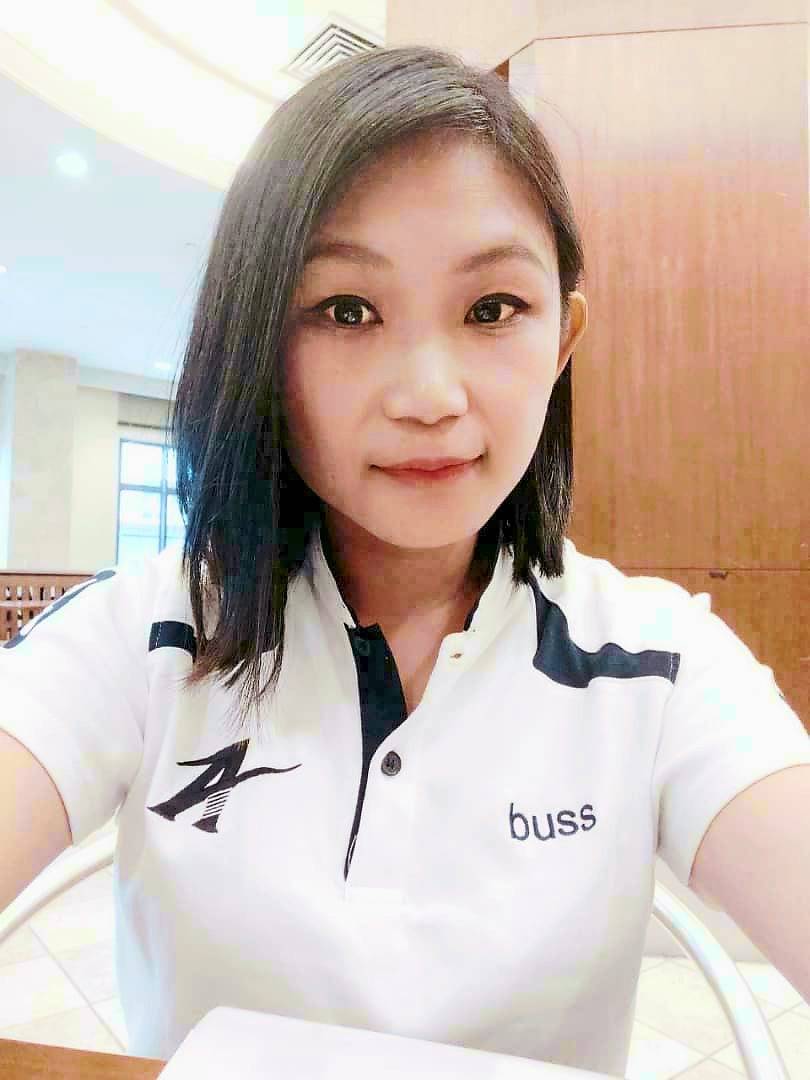 Singapore-based Penangite Wilfred Ang, on the other hand, is focused on feng shui, a traditional Chinese practice that harmonises the flow of energy.

However, this is where Lim and Ang differ – the former still likes to consult in person while the latter would rather avoid it, preferring to use technology as an intermediary.

As more people turn to tech, feng shui consultants and Chinese astrologers are adapting to the digital age though the practice is rooted in tradition.

Singapore-based Way Fengshui Group, which has been publishing a diary based on the Chinese almanac, turned it into an app three years ago.

Its chief executive officer and feng shui master Mark Tan said the company began developing the app after the sale of its diary started to decline.

“We’ve been writing our own diary since the early 1990s but it was only in hard copy form. Back in the day it was selling like hot cakes, as it was seen as a creative way of combining a diary with auspicious dates,” he said.

“The use of diaries declined as digital calendars emerged, and the sales of our diary were affected.”

Tan wanted the app – Way Fengshui Almanac – to be more than just a replacement for the physical diary.

Tan says Way Fengshui, which has been publishing a diary based on the Chinese almanac since the early 1990s, turned it into an app three years ago. — Way Fengshui

“It would have been easy to just enter all the information we have into an app, but we wanted something better than the hard copy,” he said, adding that the app allows customers to pick auspicious dates faster.

Way Fengshui Almanac also has a digital luo pan or Chinese compass for those looking to set up their surroundings according to the principles of feng shui.

He explained that feng shui is an important part of Asian culture, especially in the Chinese society.

“It is considered rude if you come into a space and disregard your neighbourhood and start building something that destroys the dynamics or harmony that exists,” he said.

The app is free to download though users will be required to pay for additional features.

Tan explained that the company started building the app by first entering all the info into a spreadsheet and refined the steps that they imagined the user would take, before hiring programmers to build the app.

Lim remembers a time when her family would gather in front of the TV during Chinese New Year to watch astrologers predict the fortune of all the Chinese zodiacs.

“Now, we can just get our forecast on YouTube. There are so many experts sharing their predictions as videos,” she said.

Ang agreed: “I prefer videos explaining the year based on my luck because it’s more interesting.” 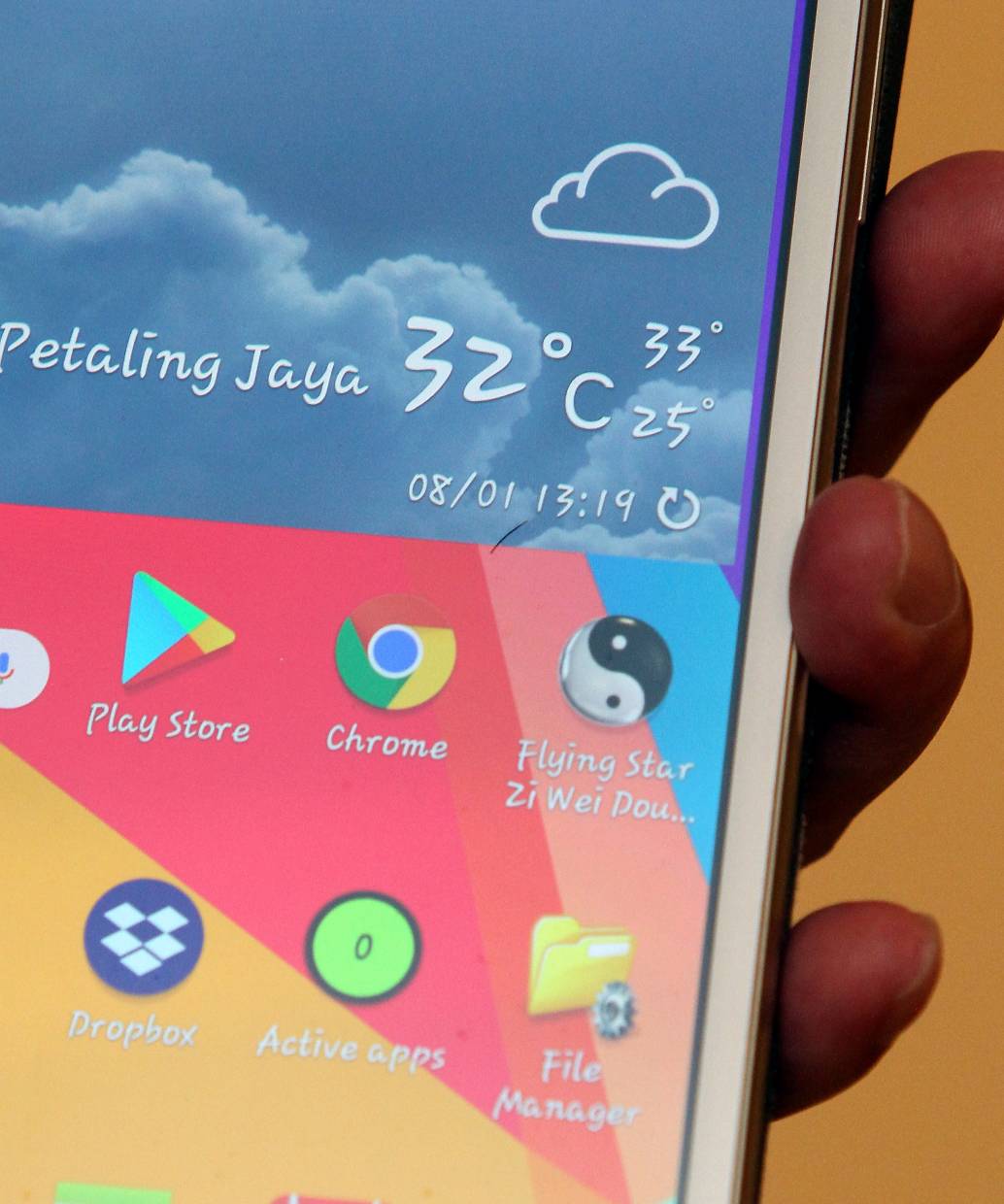 As more people turn to tech, feng shui consultants and Chinese astrologers are adapting to the digital age though the practice is rooted in tradition. — LOW BOON TAT/The Star

If they didn’t tune in on time to catch such a show on TV back then or purchase a Chinese zodiac book, Tan said they would have no choice but to see a consultant if they still wanted to know what the new year has in store for them.

“Before the Internet became prevalent, our forecasts were only available on television. As soon as YouTube gained prominence, we hopped on the bandwagon and started sharing our content online,” he said.

Way Fengshui has a channel on YouTube, with videos in English, forecasting the luck of all the Chinese zodiacs.

“In 2016, the channel introduced a Prospergraph, an animated video ranking people’s luck based on their Chinese zodiac,” he said.

“The whole idea was to give people a quick summary of the year ahead using graphics and storytelling methods.”

The founder of Petaling Jaya-based Fengshui Republic, master Louis Loh, who started out 14 years ago, prefers to position himself as a consultant with a modern approach. Loh has a website with free online tools such as a Bazi chart generator and name analyser for users. — LOW LAY PHON/The Star

“At the time, some people were still used to old-fashioned thinking about feng shui and destiny analysis. So I wanted to change that with a more updated version of what a feng shui master should look like today,” he said.

On YouTube, Loh has posted videos on Chinese zodiac predictions for the year 2020 and feng shui tips. He said his team spent about two weeks on one video production, from planning to producing content and editing.

“I have learned that nobody wants to look at a person’s face talking for too long in videos. They want to see changes in a scene. I think it’s important as a way to keep the audience watching,” Loh said.

Feng shui consultant Raymond Wong shared that typically before Chinese New Year, he would get an influx of young working professionals with questions about wealth and career. Older clients, on the other hand, would often ask about their health and family.

“My younger clients are definitely more tech-savvy. They use Google for everything. If I don’t put myself online, I think I would have lost out on a lot of younger customers,” he said.

Wong also offers destiny analysis to users via video calls and his clients can set up an appointment for a reading through messengers like WeChat and WhatsApp.

“It’s more convenient for some of my clients, as they don’t have to put up with the hassle of driving out to visit me,” he said, adding that female clients in particular preferred readings via video calls.

Before calling his clients, Wong would get details like their date and time of birth to generate a personalised Bazi chart using an app.

Bazi, based on four pillars representing different characters and elements from the Chinese zodiac, is claimed to offer insights into a person’s “luck cycle” in life.

“Technology has made my work easier. Previously, I used to draw a Bazi chart by hand and it would take days. Now, with an app, I can create one in just seconds,” Wong said. 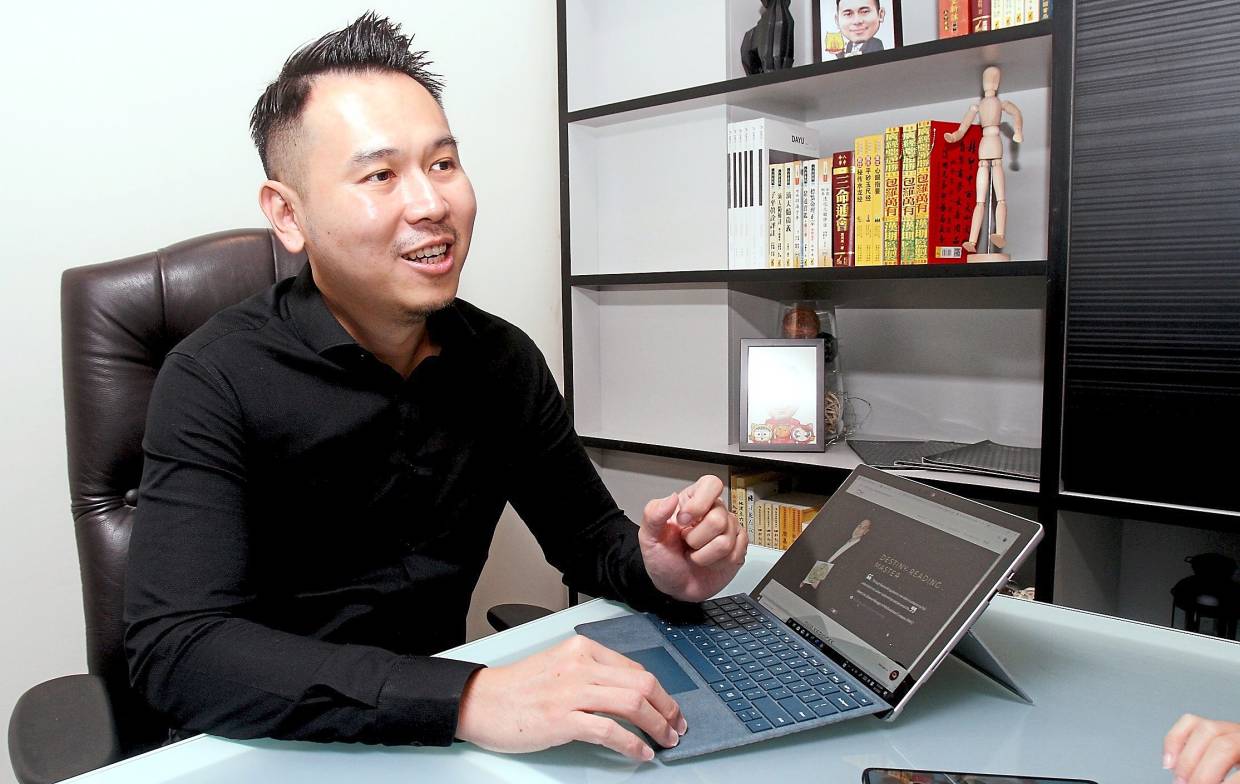 Technology has made his work easier, says Wong. Previously it took him days to draw a Bazi chart by hand but now he can create one with an app in just seconds. — SHAARI CHEMAT/The Star

Cheng Yew Meng, a feng shui consultant, also has a website with a guide to help clients get started, and his WhatsApp number so they can reach out to him immediately.

“When I first started out, it was, of course, only by word-of-mouth,” he said.

Despite the emergence of digital tools for feng shui and Chinese astrology, there are some like Lim who still prefer meeting an expert face to face. Cheng, a feng shui consultant with more than 10 years of experience, said forecasts on YouTube are meant as a general guide which may not be accurate for everyone. — LOW BOON TAT/The Star

When she has questions about her life that need to be answered, Lim will make an appointment with a fortune teller.

“I have used online tools like a Bazi calculator and watched YouTube videos but if I want a more personalised reading, I have to meet a fortune teller,” she said.

Just like Wong, Cheng uses an app on his tablet and smartphone to generate a person’s Zi Wei Do Shu or “destiny path”.

Cheng, who had a friend develop the app for him five years ago, said technology cannot replace the nuance and subtleties of a trusted consultant.

“The algorithm can generate a person’s chart but it can’t do a reading or real interpretation. Some practitioners prefer to see and talk to a person to give them a better reading of his or her chart,” he said.

Most forecasts on platforms like YouTube are meant for a general guide which Cheng said may not be accurate for everyone.

Ang doesn’t mind that, as he said he will only see a consultant or get a face-to-face reading if a friend recommends it.

“Otherwise, I will just stick to reading what’s on social media or YouTube,” he shared.Loh said he is on a number of digital platforms catering to different types of users – on Facebook, for instance, he has over 300,000 followers.

“Most of my Chinese-speaking audience will be on Facebook. They are older, usually over 30 and they are used to spending more time on Facebook,” he said.

“We will take questions about feng shui from some users. Typically, my social media team will get about 100 questions per day,” he shared. 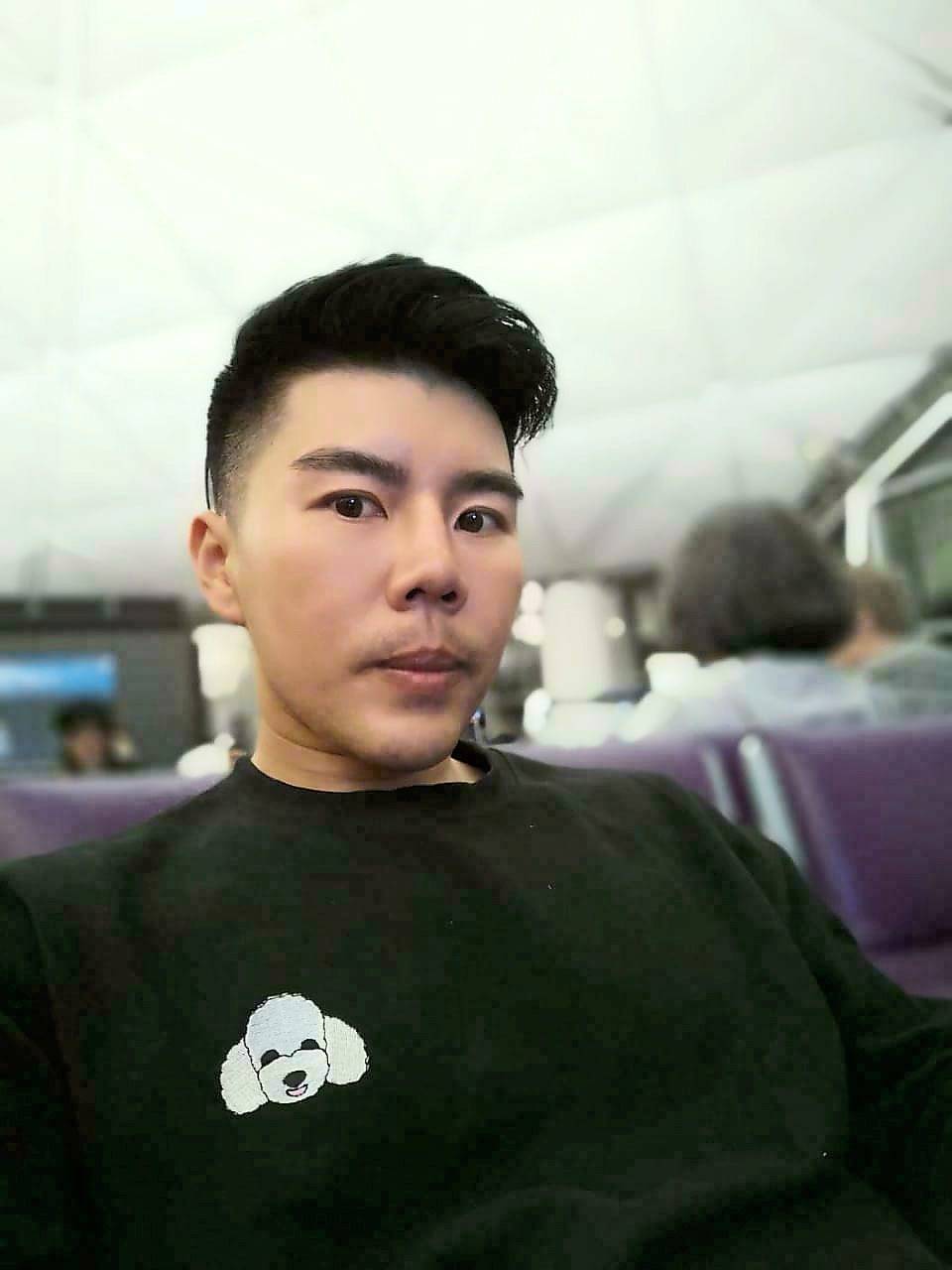 Ang will only see a consultant or get a face-to-face reading if recommended by a friend. — WILFRED ANG

However, Loh said he will not do Bazi or destiny analysis reading that requires personal information such as date and time of birth for users on social media.

“With feng shui, my team and I can give some general information that can be applicable for more people. But destiny analysis is different for everyone. There is no one advice to fit all,” he said.

On Instagram, he posts lifestyle type of content where followers can get more personal updates from him.

“Those on Instagram tend to be younger and may not be willing to financially invest on feng shui or destiny analysis readings for now. But when they get older, they may change their mind,” he said.

He also provides free online tools such as a Bazi chart generator and name analyser for users who sign up as members on his website.

As for Way Fengshui, Tan said the company is working towards adding at least 10 more functions on its app by next year.

“We’re planning to turn this app into a super feng shui app where people can see their yearly luck through the app,” claimed Tan.

“We’re working on incorporating e-commerce functions and turning it into a tool to help people assess a property’s feng shui using their mobile phone.”

Tan believes that there is no stopping the advancement of technology: “If we don’t innovate and keep up with the times, we will not be able to stay relevant in the long run.”