The offending dish as per British Airways, which launched many an impassioned Twitter defence of the beloved Malaysian dish. — Katie Morley/Twitter

Malaysians (and even some Singaporeans) united in defence of breakfast staple and local favourite nasi lemak, after a British journalist criticised the version she had on a British Airways flight.

Katie Morley earlier tweeted about a “wickedly bad” meal by she was served on a 13-hour flight, and listed the ingredients as chicken curry served with anaemic boiled egg, topped with smelly, slimy anchovies.

“I quite like plane food usually, and this was a 0/10,” was her review, to which she added a puking emoji.

In the name of public interest, am sharing this wickedly bad meal British Airways treated me to during a 13hr flight. Behold: chicken curry served with anaemic boiled egg, topped with smelly, slimy anchovies. ANCHOVIES. I quite like plane food usually, and this was a 0/10 pic.twitter.com/ZmgbGa6znV

The image attached showed that the meal in question was clearly some interpretation of nasi lemak.

A reporter with The Telegraph who covers consumer rights issues, Morley’s tweets often call out companies for bad service or business practices.

Malaysians were quick to reply on Twitter suggesting she was served a poor version of the dish, while some suggested better airline versions including those by Malaysia Airlines and AirAsia, while some other Malaysians resorted to harsher language, to put it lightly.

She later tweeted a follow up, clarifying that she did not know about nasi lemak and apologised for any offence caused to Malaysians.

Many Malaysians have got in touch to say the meal I tweeted about yday is a popular national dish. I’d not come across it before & meant no offence. As many have pointed out, I was clearly served a v poor version by BA. Sure it can be lovely & hope to try the real thing one day!

While responses to the second tweet were generally more forgiving, some commenters questioned her sensitivity for criticising a dish that she was unfamiliar with, equating it to how ethnic food is often ridiculed by those outside the culture.

British Airways has frequently come up in headlines regarding the poor quality of their inflight food. Last year, a passenger complained his food was closer to dog food than human quality food and an article by The Independent on the worst inflight cuisine ever managed to mention the airline twice. 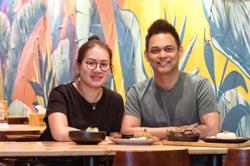 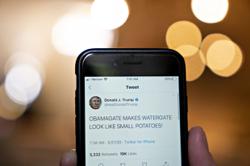