CES 2020: From exoskeletons to education

A man demonstrating the capabilities of the Sarcos Guardian XO exoskeleton at the 2020 CES in Las Vegas, Nevada. Created in partnership with Delta Airlines, it is a full-body exoskeleton that bears its own weight and any weight that you lift. — AFP

LAS VEGAS: Exoskeletons to give wearers super-human strength and games to playfully teach children software skills for coding – such innovations were on display at the Consumer Electronics Show this week.

A Guardian XO exoskeleton made in a collaboration between Sarcos Robotics and Delta Air Lines let CES goers easily lift a 50-pound (22.7 kilo) suitcase with one hand with "technology fit for a superhero". 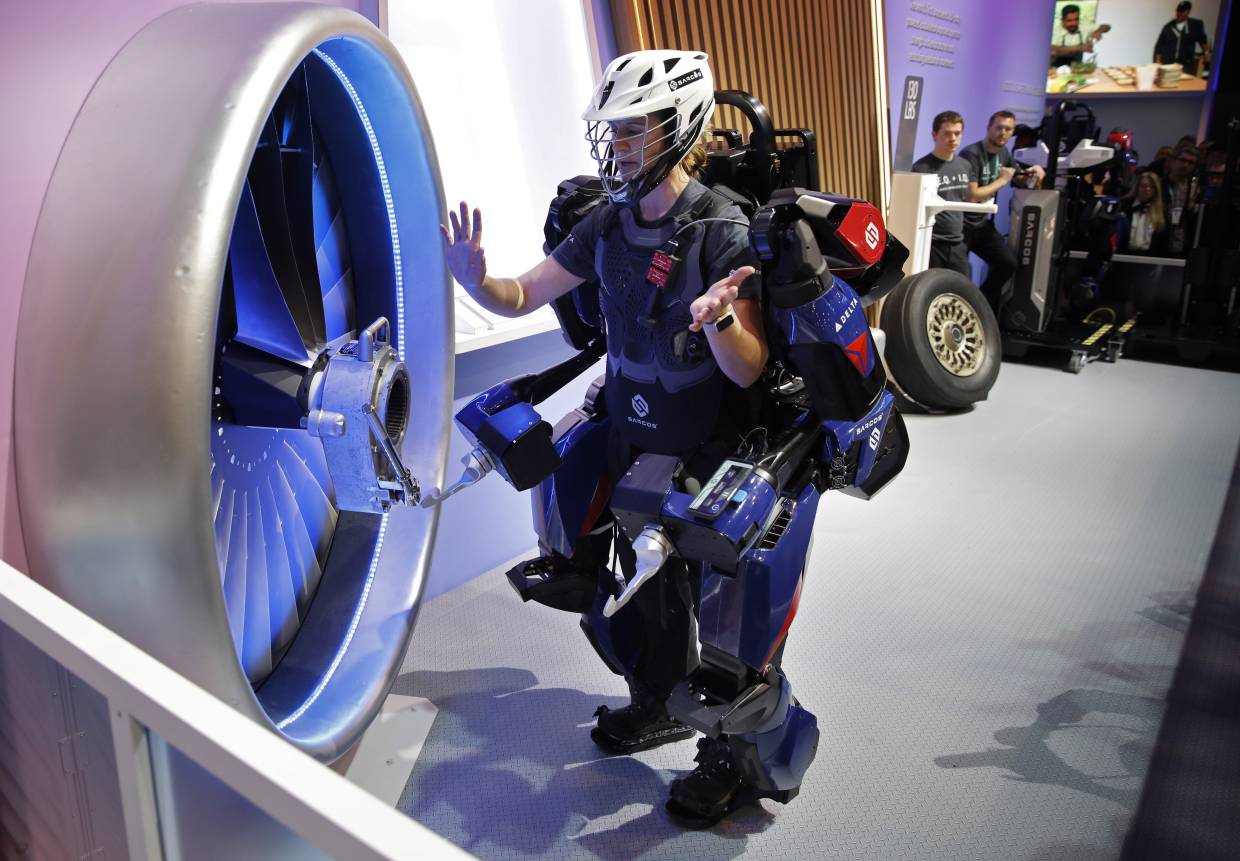 A woman demonstrating the Sarcos Robotics Guardian XO at the Delta Airlines booth at the 2020 CES tech show in Las Vegas. The full-body powered exoskeleton is designed to boost the user's strength and endurance. — AP

The battery-powered body suit carries its own weight and "handles the heavy lifting" for wearers, according to Delta. Workers wearing the suit may be able to lift up to 200 pounds (90.7 kilos) for as long as eight hours straight without strain or effort, according to Delta, which planned to have baggage handlers test the exoskeleton.

Meanwhile, Panasonic touted its own "support robot" exoskeletons that will be used by support crews to tote weights and other heavy equipment for competitors at the coming Paralympics in Tokyo.

My Creativity Box showed off a Mochi game that playfully takes children's eyes off screens while teaching them software coding skills. 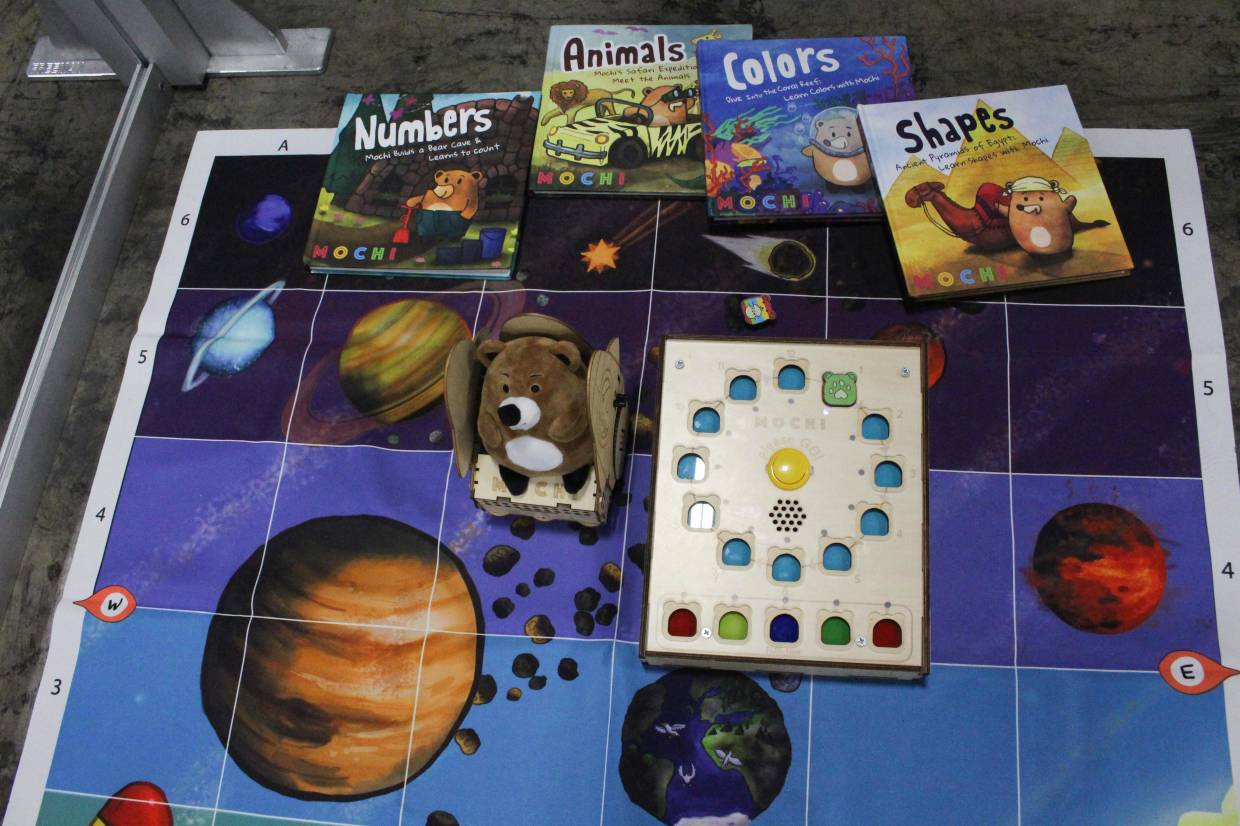 Mochi kits let children create a robotic ride for a plush toy bear and command it according to stories in a book.

"My three-year-old daughter and I came up with the idea," said Creativity Box technology chief Mihran Vardanyan. 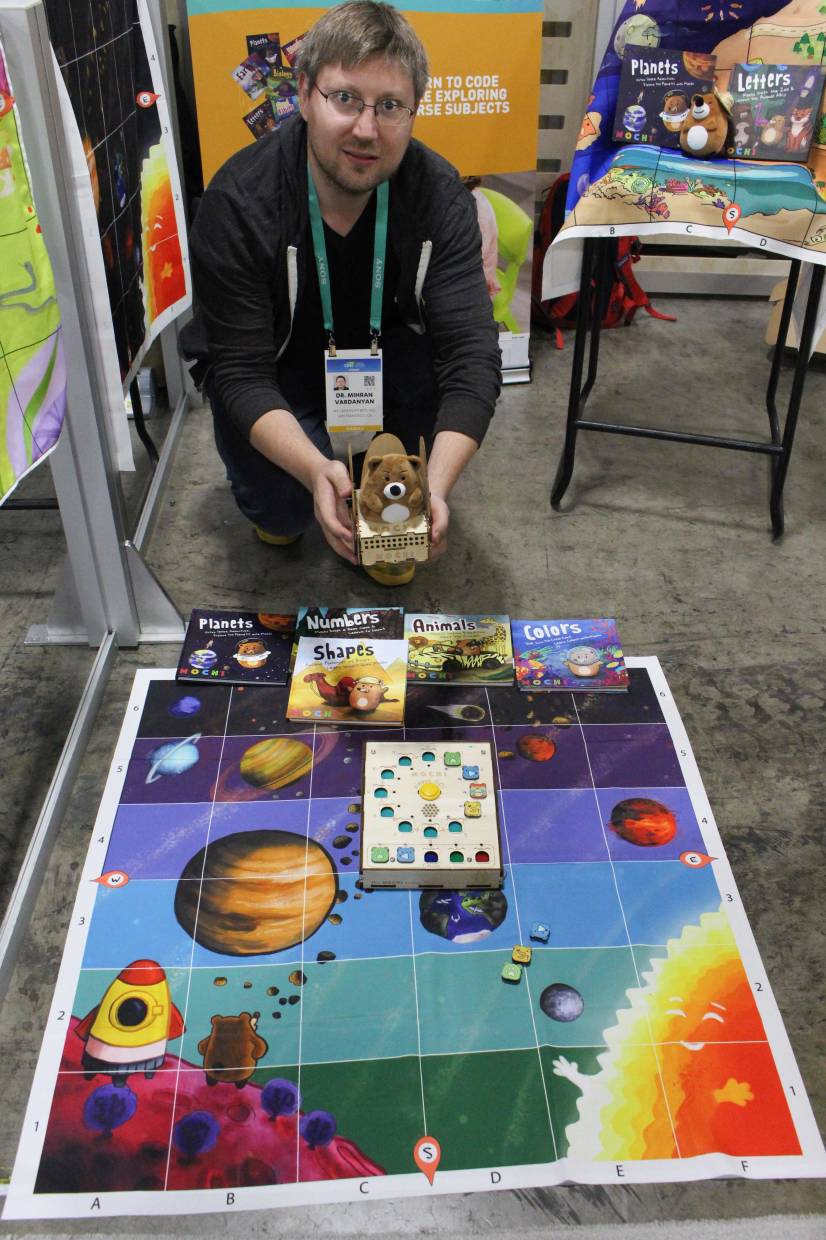 Vardanyan and his three-year-old daughter came up with the idea for Mochi. — AFP

"It's a screenless experience, so kids are not getting addicted to screens, plus they learn about coding and other useful subjects."

Aspiring software savants of any age were invited to "enter the magic coding kingdom" with an online learning scheme created in partnership with Disney.

The Disney Codeillusion program freshly launched in the US uses an array of popular Disney film characters to make learning how to write computer code more entertaining. 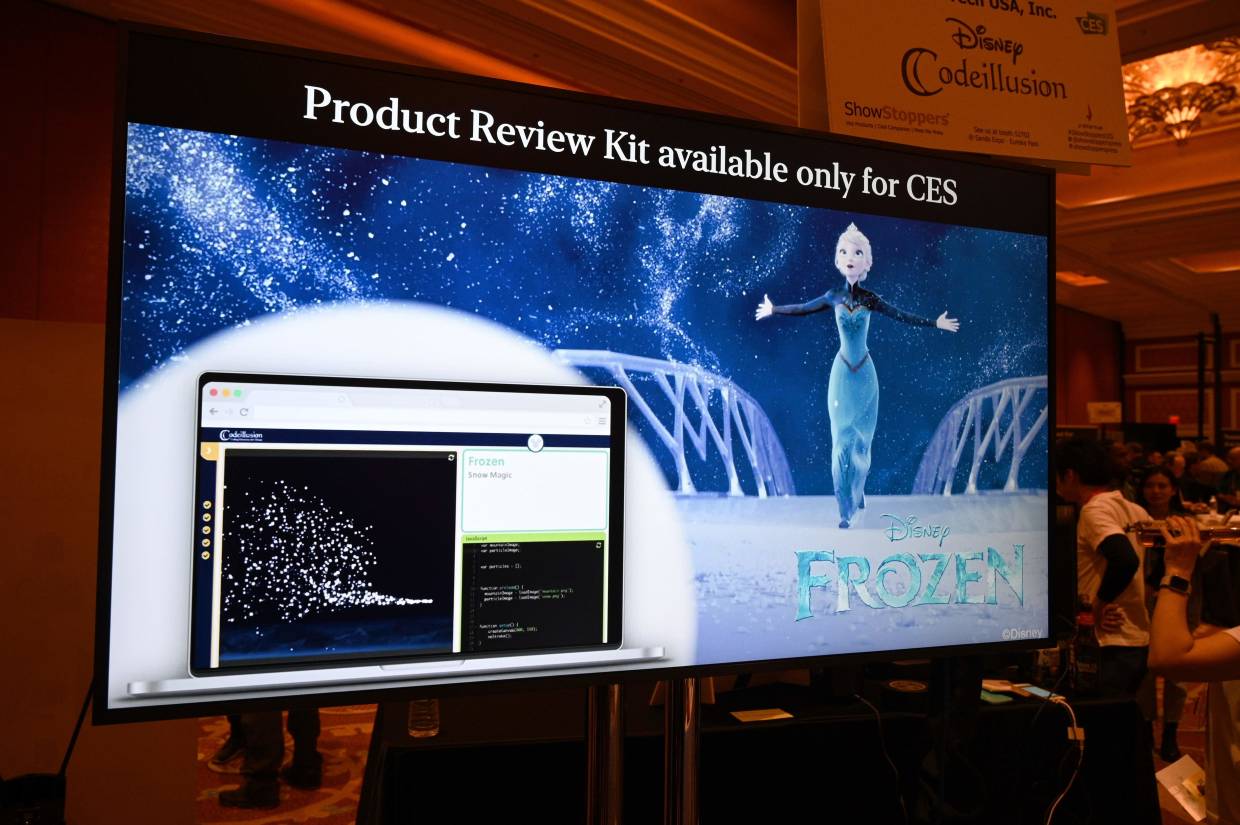 A display advertises Disney Codeillusion, an interactive learning program that teaches users to code with the help of favourite Disney movies such as 'Frozen', at CES. The program is available for US$1,900. — AFP

"For example, with Frozen you can learn how to create Elsa's snow magic," Life is Tech USA chief executive Satoshi Miyagawa said while demonstrating the teaching tool.

"For Zootopia, you create a website to recruit new police officers."

The online courses were created with school age children in mind, but partner Life is Tech caught on that lots of adults are interested in code and want a fun way to learn the skills. 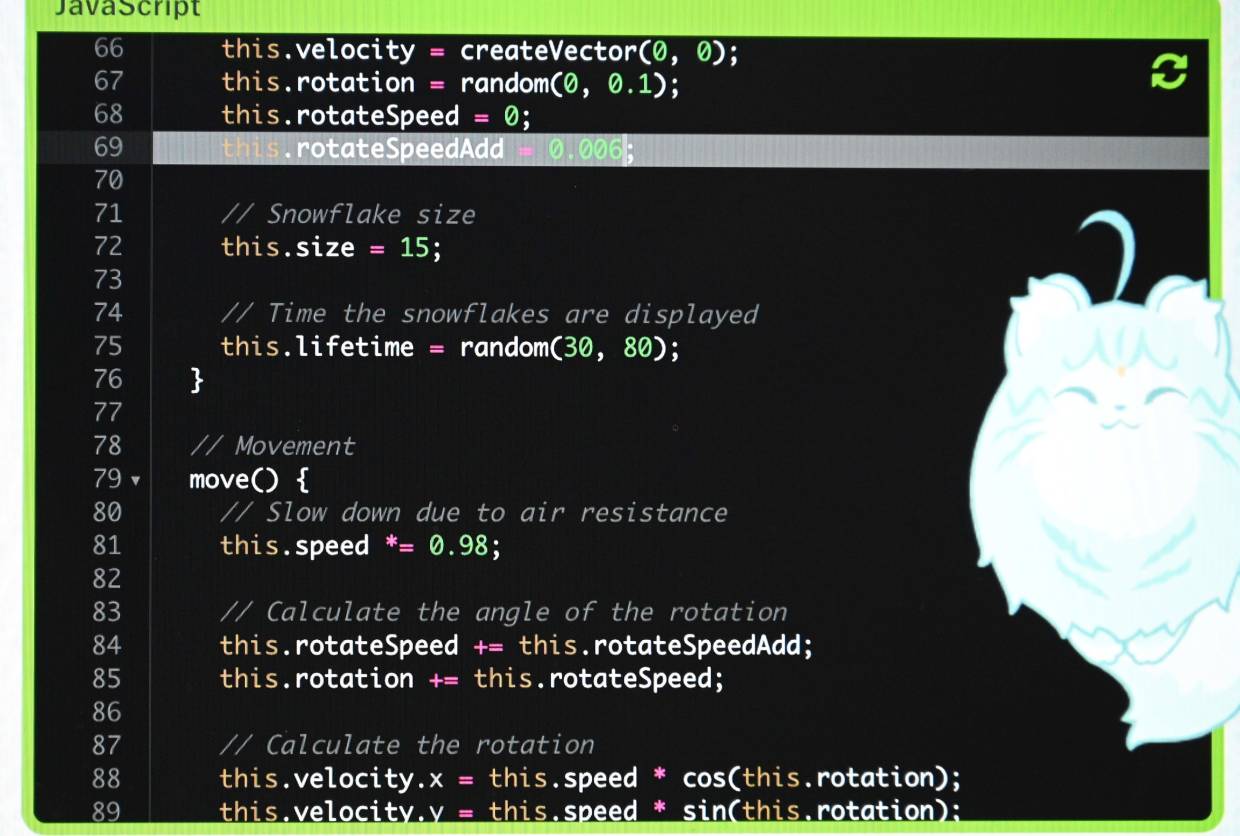 A section of Disney Codeillusion, an interactive learning program that teaches users to code with the help of favorite Disney characters, teaches users how to modify the rotation of snowflakes in the movie 'Frozen'. — AFP

"We wanted to build a bridge from kids coding to adult coding, and keep learners motivated," Miyagawa said of the program, which is priced at US$1,900 (RM7,773).

'Sound of the future'

Oscar winning composer Giorgio Moroder debuted a piece created in a collaboration with FPT Industrial to serve as a sound for silent vehicles, such as electric cars, that are replacing noisy combustion engines. 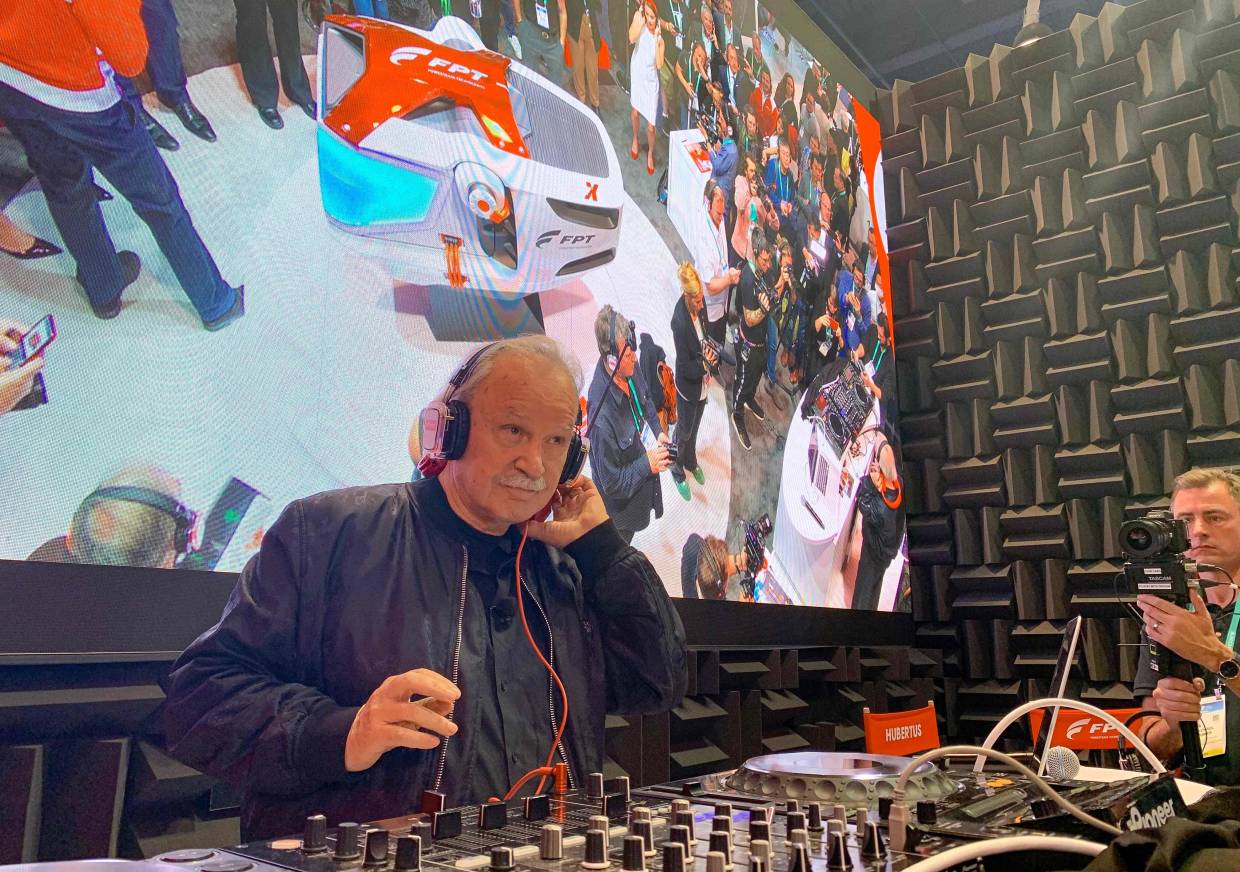 "And now you know the engine is working," Moroder exclaimed after a crowd heard his auto-engine composition for the first time. – AFP

All the pieces matter 10h ago