Kaji has been making videos for YouTube since he was three years old. — Screengrab from YouTube video Ryan's first Combo Panda at Build-a-Bear Workshop!!!

At just eight years of age, Ryan Kaji has been named the highest-paid content creator of 2019 on YouTube by Forbes, with an estimated earning of US$26mil (RM107.67mil).

Amazingly, Kaji maintained his top spot for a second year as he was also the biggest earner on YouTube in 2018, when he earned an estimated US$22mil (RM91.11mil). According to Forbes, in 2018 most of Kaji’s earnings came from pre-roll advertising on his main channels, namely Ryan's World (previously known as Ryan ToysReview) with 23 million subscribers and Ryan's Family Review with five million subscribers.

The business magazine explained that higher views translate to more automated ad earnings, and since Kaji had more views than other YouTubers on the Forbes 2018 list – including the likes of Jake Paul and PewDiePie – it's little wonder that he was able to claim the top spot.

The article further explained that Kaji has been expanding his brand beyond YouTube. After signing a deal with entertainment studio Pocket.watch in 2017, it was announced that content from Kaji's channel will be repackaged and distributed on streaming platforms Hulu and Amazon.

The enterprising eight-year-old also launched his own brand of toys which includes items like slime, action figures, toy cars and even a clothing collection that was offered exclusively on Walmart in the United States.

In April 2019, Nickelodeon released Ryan's Mystery Playdate, a live-action series aimed at young viewers which focuses on Kaji and his parents performing a series of challenges like unboxing puzzles.

The show currently has two seasons with 33 episodes. It seems likely that his increased earnings from US$22mil (RM91.11mil) from 2018 to US$26mil (RM107.67mil) this year came from selling merchandise and doing television work.

In an interview with NBC, Kaji said that he thinks viewers like his videos because he is "entertaining and funny".

Kaji, who has been making content for YouTube since he was three years old, also shared that he wants to be a game developer when he grows up. 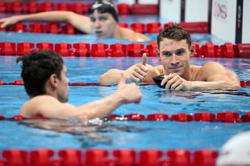