As Grab expands to food and finance, its transport business is no longer driving most of its growth

Food and financial services now make up more than 50% of Grab’s gross merchandise volume, according to Lim, adding that the margins for food delivery are better than for ride-hailing. — SCMP

Despite being known mainly as a ride-hailing company, Grab’s transport business is no longer the key driver of its growth.

With the company expanding into other services in the past few years, food and financial services now generate more than 50% of the Singapore-based company’s gross merchandise volume (GMV), according to Lim Kell Jay, regional head of Grab’s food delivery service GrabFood. GMV is the total value of sales transacted across the platform.

Grab, which first started out as a taxi-hailing company seven years ago, is valued at US$14bil (RM58.16bil). And the company is betting on food delivery and financial services as the next big engines of growth.

“We started off as a ride-hailing company and built up this user base, and saw the opportunity to provide more services to users,” Lim said. “[That way], we get to engage customers more, and they will transact more on our platform.”

Grab’s move into food delivery and financial services, like payments, comes as transport-hailing companies – notorious for being either low-margin or loss-making – look to expand outside ride-hailing for growth and profitability.

Taking a leaf out of WeChat, which pioneered the original “super app” model, Grab has branded itself as an “everyday app” offering multiple services to users on its platform. This follows a similar strategy to Indonesian rival Gojek, which offers everything from on-demand massage to courier services on its platform.

Grab has similarly been placing a growing emphasis on food. Since it took over Uber’s South-East Asia operations in 2018, the company has expanded its GrabFood delivery service to six countries in South-East Asia – Indonesia, Singapore, Malaysia, the Philippines, Thailand and Vietnam – spanning over 220 cities.

Although it is the largest provider of transport, food delivery and financial services in the region, it is facing fierce competition from Gojek, which has strong roots in Indonesia – the largest market in the region.

Both Grab and Gojek are still working towards full profitability, even though Grab often states that it is profitable in certain markets.

It is known to be difficult to turn a profit operating a food-delivery-specific app, but when it comes bundled with other services, users tend to stick around and engage with the platform more, according to a post analysing Meituan by GGV Capital partner Hans Tung.

This increases economies of scale and brings in more advertising revenue, Tung added.

For food-delivery, companies usually take a cut of the sales for each food merchant. When an order is placed, Grab matches a delivery driver from its fleet to the order, which collects the food from the restaurant and delivers it to the customer.

“The margins for food delivery are better than ride-hailing,” said Lim. “Based on what we are seeing in other markets, it’s very possible that delivery can be much bigger and a more profitable business than ride-hailing.” 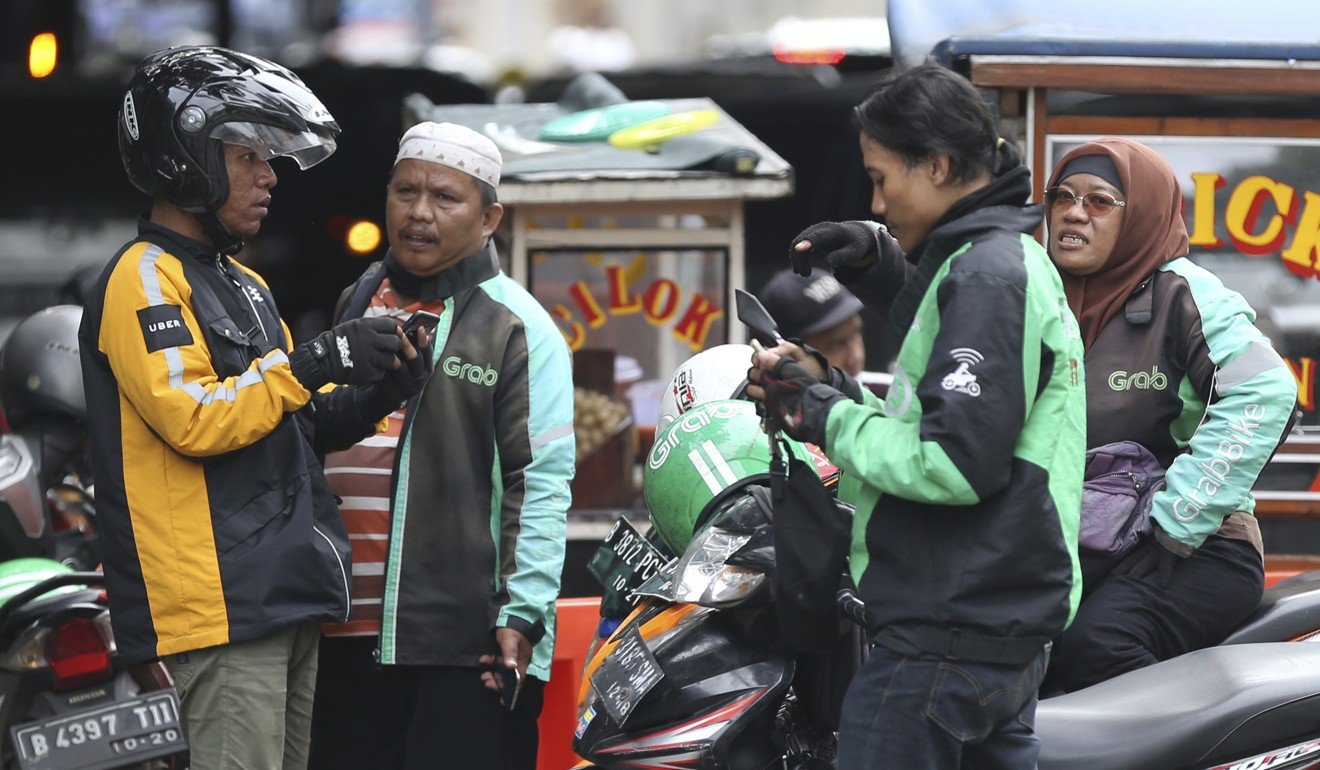 In addition to food delivery services the company operates cloud kitchens, which allow popular restaurants to host a kitchen in another part of the city where there is demand for their food to widen delivery coverage to consumers. This strategy, which is also used by companies like Deliveroo or UberEats, allows restaurants to gain access to more customers with very little capital as they engage in a revenue-sharing model with the food-delivery firm.

Grab’s food business also serves the important function of getting merchants on board, some of whom could in turn become customers of its financial services business, Grab Financial.

These merchants, which include outlets on GrabFood as well as drivers of Grab’s transport services, can become part of a financial ecosystem using GrabPay, Grab’s mobile wallet service.

At the same time, merchants also end up building a credit history with Grab which allows them to take out small loans that they can use to expand their business, when previously they would have been underserved by banks who may not be willing to serve small vendors or would charge extremely high interest rates.

“What we’re going to do is really to provide economic empowerment through financial services,” said Reuben Lai, senior managing director of Grab Financial. “It’s a massive problem in [South-East Asia], with the bulk of people not having access to credit or even bank accounts for years.”

Like many other financial technology businesses, Grab started out with mobile payments, but it has since branched out to providing services like insurance, loans and potentially wealth management products on its platform.

Subject to regulatory approvals, Grab is also looking at rolling out wealth management products, Lai said, which could allow users to put money into certain money market funds as an investment in a model that would be similar to Ant Financial’s Yu’e Bao. Yu’e Bao allows users to gain interest while having their money in the Alipay ecosystem. Ant Financial is an affiliate of Alibaba, which owns the South China Morning Post.

Last week, Grab rolled out its GrabPay card, allowing users in its launch market of Singapore to apply for both a digital and physical card that they can use to buy items online or offline. The product will be rolled out to the Philippines in the first quarter of 2020, with other markets to follow within the first half of the year, the company said. – South China Morning Post