By Angelin Yeoh and Christina Chin 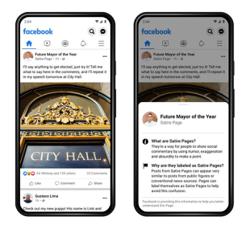 Some claimed that more than one UM portal has been hacked, and it’s likely to put their information at risk if they logged in. — Filepic

PETALING JAYA: No data or information was compromised after the Universiti Malaya (UM) E-Pay Cashless Payment and Records portal was hacked, according to the university.

The portal, which was inaccessible since late Thursday night after it was defaced with a message that included hashtags #NoRasis and #UndurVC, is expected to be active again soon.

The varsity’s forensics information systems team is investigating the incident, UM said in a statement today.

When the incident was detected, the system was shut down immediately.

“This is to allow investigations to be carried out and for us to work on restoring the site. The portal and network system was re-activated at noon but we are still in the testing process. It will be active again soon,” the statement read.

In a separate statement, a spokesperson told The Star that no police report has been lodged yet.

The Star sighted a series of WhatsApp messages circulated by students warning others against accessing any of UM’s other portals for the next 24 hours.

Some claimed that more than one UM portal has been hacked, and it’s likely to put their information at risk if they logged in.

"Hey guys, please don’t log into Spectrum, MYUM and UM E-Pay for the next 24 hours. All of these websites have been hacked. The hacker can see your credentials and also can see your MYUM financial account status," the message read.

A UM lecturer also sent out a similar message, warning students not to log in to UM’s websites, saying it could also be infected with malware.

The E-Pay hack has received some mixed reaction from students. Hacking, said one student, was not the right way to express one’s feelings.

“Why affect other innocent students and the operating system of the university?" the person who wished to remain anonymous, said.

Another student from the Faculty of Language and Linguistics, however, said hacking was a better way of expressing dissatisfaction towards the vice-chancellor compared to the recent solo protest at the varsity’s convocation ceremony.

"Of course it affects UM but at least it didn't create much chaos as like what happened at convocation.

“I think the protests won't stop until the vice-chancellor does something.

“So I think the he should come out and discuss the issues. If he is still being ignorant, nothing will be resolved. Those who are protesting will keep on protesting," the student said.

Deputy Education Minister Teo Nie Ching said the ministry has yet to receive a report on the incident.

Speaking to reporters after the launch of the “Back-to-School” programme at SK Klang Gate, Teo said she was still waiting for details on the hacking.

On the protest and subsequent police report lodged by UM, she said the matter could be resolved amicably but both sides (the university and student) must engage.

"We are in the process of doing that," she said, adding that it’s her “personal” view that student activist Wong Yan Ke’s degree scroll should not be withheld.

The civil engineering graduate, who said the university refused to release his degree scroll after the protest, is being investigated under Section 504 of the Penal Code after a police report was lodged by the varsity against Wong who shouted, "Ini Tanah Malaysia" while carrying a placard with the words "Tolak Rasis" (reject racism) and "Undur VC" (step down VC) on stage during the degree scroll ceremony on Oct 14.

Wong posted on his Facebook denying he was behind the hacking.

“I received news that the website was hacked by an anonymous person and quickly posted on Facebook to make it clear that I wasn’t involved,” he said when contacted.

He had shared a message on social media two days ago which was later uploaded on the hacked portal.

“I have to clarify here before the cyber troopers start accusing me. I know nothing about computer science. And, I didn't order anyone to do this on behalf of me. 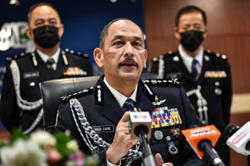