Your Tesla can now come and pick you up – but is that even legal?

Following an over-the-air software update to Teslas, drivers can now tell their car to come pick them up – all on its own. Footage of drivers running away from their Teslas, playing catch-me-if-you-can, soon emerged. Is this level of automated driving really legal? — dpa

The Palo Alto electric car company on Sept 26 beamed a software feature called Smart Summon to Tesla owners who prepaid for it.

Using a smartphone, a person can now command a Tesla to turn itself on, back out of its parking space and drive to the smartphone holder's location – say, at the curb in front of a store.

The car relies on onboard sensors and computers to help it move forward, back up, steer, accelerate and decelerate on its own, braking if it detects people, other vehicles or stationary objects in its path. The "driver" must keep a finger or thumb on the smartphone screen or the car will stop.

Tesla recommends the feature for parking lots, and the technology's range – 60 metres – limits its applications. But in theory, a car can be summoned anywhere – to drive down a public street, for instance. Sure enough, videos quickly sprouted of Tesla owners doing just that, and more.

Is it legal? If you're in the US, yes, according to the California Department of Motor Vehicles (DMV). And even though the state has safety requirements that must be met before companies can deploy driverless cars, Tesla's latest service doesn't need a permit.

That's because the DMV determined that the combination of Smart Summon and the cars' robot systems doesn't count as "autonomous technology". The department's rationale is the car is "under the control" of the person holding the smartphone.

The new director of the DMV, Steve Gordon – a longtime Silicon Valley executive – declined to be interviewed for this story.

Some safety officials worry that Smart Summon hasn't been thoroughly tested and may be marketed in ways that confuse users. The US National Safety Council, a nonprofit health and safety advocacy group, has expressed concern about the rush to deploy full driverless technology by Tesla and other companies.

A week after Smart Summon was issued, no injuries involving the technology have been reported, and no government has barred its use.

State laws on driverless cars vary dramatically, even within Tesla's home country, the US. States such as Florida, Michigan and Arizona are more permissive than California, and some states have no driverless car laws at all.

In California, the only company that holds a permit for testing autonomous cars without a human inside is Waymo, the driverless car offshoot of Google. Permits have been granted to 63 companies, including Tesla, to test autonomous cars with a human on board.

Smart Summon works over WiFi and cellphone networks through Tesla's smartphone app, which also provides remote locking, unlocking and other features. Although Smart Summon's range is limited to 200 feet, Tesla on its website promises to add traffic-light and stop-sign recognition and automatic driving on city streets by Dec 31, but it hasn't offered further details. Tesla did not respond to requests for comment.

In its marketing materials, Tesla says that with Smart Summon, "Your parked car will come find you anywhere in a parking lot. Really." In smaller print, the company says "the currently enabled features require active driver supervision and do not make the vehicle autonomous".

When Tesla owners download the software, they get a "what's new" message on their infotainment screen telling them they must remain responsible for the car and monitor it at all times.

Many focus on the wow factor, showing dogs, kids and even a Halloween skeleton behind the wheel of the moving car. Some demonstrate the technology's limitations or near collisions, others show users blatantly ignoring Tesla's warnings.

Several videos show Smart Summon driving cars on public roads. Users are supposed to have the vehicle always within eyesight, but at least in some cases, the feature appears to work whether they can see the car or not.

One user posted a video of himself playing catch-me-if-you-can by running away from a Tesla in a parking lot, while the car struggles to keep up. Another video shows a user testing the technology by directing his daughter and her dog to walk in front of an oncoming Tesla, apparently to see if it would stop. (It did.)

The novelty of a car driving by itself was made clear in a video that shows a man in a parking lot running toward a Tesla's passenger door, apparently believing it was a runaway vehicle. "Nobody's inside," the man says. The smartphone holder fills him in on the situation.

Teslas already came equipped with Autopilot, a driver-assist feature that enables the car to steer itself and pass other vehicles on highways. For years Autopilot has drawn fire from critics who point to videos of people sleeping, eating, reading or driving in the back seat. Tesla tells drivers to pay attention and keep their hands on the wheel, but CEO Elon Musk himself has been shown on YouTube and national television driving on Autopilot with his hands raised.

A car that drives without someone behind the wheel raises questions of legal liability. In some accidents involving Tesla's Autopilot, the company has blamed drivers, saying they didn't follow instructions in the manual. Several lawsuits have been filed against Tesla over the Autopilot feature.

Insurance coverage may be an issue. If a Tesla in Smart Summon mode hits another car, or injures a pedestrian, will the driver's insurance policy cover the costs?

Tesla may have more incentive to deploy autonomous features than other companies. It's unprofitable and has been surviving for 16 years on new rounds of investor cash. Waymo, owned by Google's parent company, Alphabet Inc., has plenty of cash and can afford to take its time. Major automakers aren't as flush, but they are profitable with tremendous cash flow that allows for some patience too.

"If they're not receptive, any regulator can find language they could use to shut this down," he said. "If they are receptive, then at least until there's a crash (companies) will have a lot of flexibility in terms of what they're able to do." – Los Angeles Times/dpa 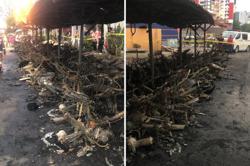 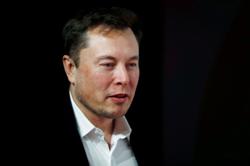 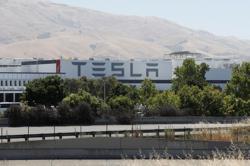