Playing the game right: Young Malaysians are marking their spots in the eSports world

From left: Iffah, Sim, Aisya, Ng and Choo hope to become one of the top all-female CS:GO teams in the world. — Photos: NORAFIFI EHSAN/The Star

ESPORTS in Malaysia has grown exponentially in recent years, what with the government allocating RM10mil in Budget 2019 to develop the electronic sporting scene in the country, and Youth and Sports minister Syed Saddiq Syed Abdul Rahman announcing the building of a new eSports stadium.

On top of that, Malaysia is sending a national eSports team to the upcoming 2019 SEA Games in the Philippines, which will host competitions for titles such as Tekken 7, Mobile Legends: Bang Bang and Dota 2.

More and more Malaysian gamers are participating in various international eSports tournaments, and win or lose, they are surely making their mark, bringing recognition to the country.

Slowly but surely, Muhamad Luqman Haziq Hajiman is working towards becoming the first Malaysian to win the Fifa eWorld Cup, the revered football trophy off the pitch.

Currently, Luqman is ranked the second top Fifa 19 player in South-East Asia; he is one of the top five players in Asia and is placed 112th in the world.

Only the top 60 players around the world can compete at the prestigious Fifa eWorld Cup, and Luqman – known as Fenrir in the gaming scene – is bent on qualifying for the competition next year. Luqman (right) and Ahmad Shahrin are keen to make a name for themselves in the international Fifa eFootball scene. — ART CHEN/The Star

“I’m focusing on playing and collecting points in international tournaments, as they will make a difference to my rankings,” says Luqman, 22, who is studying finance at Universiti Malaya.

Things are looking up for him as he won his first international title in June. Together with Ahmad Shahrin Shaharudin, Luqman made the nation proud at the Gamergy ES Fifa19 2 vs 2 competition in Madrid, Spain. They won first place and took home about RM10,000 cash prize each.

Ahmad Shahrin, who plays under the pseudonym Ayen, is still a newbie in the competitive eSports scene and says that he too is aiming to qualify for the Fifa eWorld Cup one day. “Compared to Fenrir, I still have a long way to go. That’s why I have been upping my training and joining more Fifa competitions locally to improve my skills before heading for the big leagues,” says the 19-year-old Universiti Teknologi Mara student.

Winning doesn’t come easy, and Ahmad Shahrin and Luqman train diligently every day to prepare for tournaments. The duo is looking forward to the release of Fifa 20 on Sept 26, as with it there will come the announcement of a new competition format and how to qualify for the Fifa eWorld Cup.

“I have been trying for two years to qualify for the eWorld Cup, and I won’t give up until I win,” says Luqman.

It is not surprising that all eyes are often on Orange.Sphynx – one of the few all-women eSports teams in Malaysia – when it competes in tournaments locally and internationally. “When one of us feels pressured, we just talk it out and encourage each other to do better. In the end, it takes five players to win and the best support comes from the team,” says Aisya Sabrina Sabri, 21, on handling pressure. Members of Orange.Sphynx are used to the attention they get as an all-female CS:GO team.

However, the girls were eliminated in an early round, after which they posted a message on their official Facebook page, asking for forgiveness for disappointing their fans.

“Everybody was supportive. Even when we lose, our family, friends and fans would still cheer for us and tell us to come back stronger,” adds Aisya. Despite the defeat, Orange.Sphynx is still raring to go, starting with a change in the team’s line-up.

Ng May Yee, 26, recently replaced original member Rowena Azween, 29, while the rest of the team is made up of Shanice Choo, 19, Iffah Nazurah Saidi, 19, and Jasmine Sim, 24. An all-female group is still a rarity in Malaysia and the Orange.Sphynx members are looking to break through more barriers and create a name for themselves in the scene.

“We train six days a week, from 8pm to midnight, every Sunday to Friday. We usually have small breaks in between games. Our goal as a team is to improve together and eventually be the best among the female teams in the world,” says Aisya.

Chai Yee Fung is one of the most recognised Malaysian players in the international Dota 2 scene. Better known as Mushi, the gamer has been a regular at major tournaments worldwide, namely at the mother of all Dota 2 competitions – The International (TI).

He has competed in four TIs, each time donning a different team logo. Last month, he returned to TI9 in Shanghai, China, not as a player but as a coach for Team Mineski, which unfortunately crashed out of the competition in the first stage. Mushi believes that his experience with the Chinese all-star Team DK opened up his perspective and gained him valuable experience that have helped him in his Dota 2 career.

“The main challenge about being a team coach is maintaining the balance between players. You cannot be seen as taking sides,” Mushi, 28, shares. Mushi believes that the gaming scene is still slow in Malaysia compared to neighbouring countries, and there should be a proper system in place to help young gamers.

“Organisations have been focusing solely on top tier tournaments and amateurs don’t have a proper platform to train and show their skills. There are still many ‘hidden gems’ in Malaysia. Sustainability is the key for the growth of eSports in Malaysia,” he says.

Mushi still has dreams of forming an all-Malaysian team to compete in Dota 2 tournaments internationally. His first attempt in 2014, with Team Malaysia, wasn’t successful.

“That was the main reason I returned from China after TI4. But I realised that the timing was not right, because the eSports scene was not matured enough in Malaysia at that time,” he shares. But Mushi is certain that the resurrection of Team Malaysia will not remain a pipe dream for long.

“I am not sure when, but I would have an all-Malaysian team again,” he says. Germany declares most of Spain a virus risk region 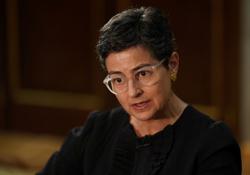 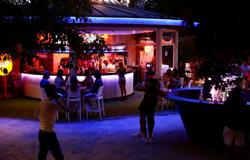 No fiesta in Spain as public drinking banned, clubs closed due to coronavirus surge