Huawei has spent the equivalent of more than 10% of its sales revenue on research and development every year over the past decade. — Reuters

Huawei Technologies, which has taken to describing itself as a bullet-ridden warplane, is writing fat pay cheques to woo top talent to join its ranks.

“If you are the best of the best and you want to push the boundaries of science: we want you,” read a recruitment advertisement posted on its official WeChat account. Huawei is looking for people “who have made extraordinary achievements in mathematics, computer science, physics, materials science, chips, smart manufacturing, or chemistry – and who are hungry to become leaders in their fields.”

The Shenzhen-based telecommunications equipment giant is prepared to pay these successful candidates at least five times what their peers are making, provide them with world-class, challenging projects, and mentorship by renowned global experts, according to the post.

Huawei earlier offered annual salaries of up to US$300,000 (RM1.26mil) to top Chinese graduates. The company declined to comment on the post. 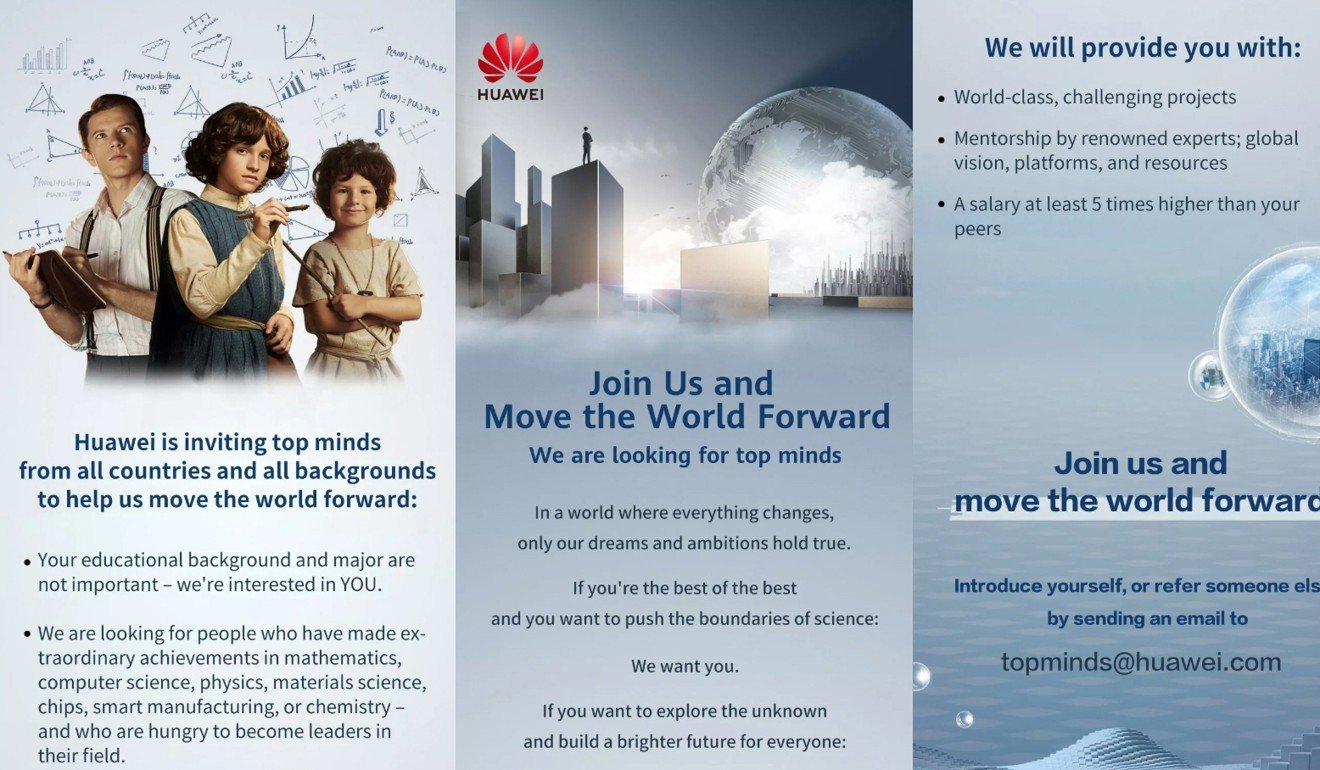 Huawei has spent the equivalent of more than 10% of its sales revenue on research and development every year over the past decade. Last year, more than 80,000 Huawei employees – 45% of its total workforce – were involved in R&D. A total of 101.5bil yuan (RM60.58bil) was spent on R&D last year, accounting for 14.1% of the company’s total revenue.

Having the talent to develop proprietary technology has taken on increasing strategic importance for Chinese companies against the backdrop of escalating tensions between the US and China, which are competing for supremacy in advanced technologies that are seen as holding the keys to the economy of the future.

Since the China-US trade war started in 2018, President Xi Jinping has reiterated in public speeches that China should play a stronger role in technology research and development. In the US, alarm bells have also been rung that America is falling behind China in areas such as 5G.

For Huawei, the latest recruitment drive is taking place against the backdrop of a US trade blacklist imposed in May. Huawei is currently blocked from licensing Android from Google because of its inclusion on the US Department of Commerce’s Entity List, which bans American companies from doing business with Huawei without government approval.

Huawei is scheduled to start its two-day developer conference in Dongguan, China, on Friday, where executives are expected to unveil its Hongmeng operating system for connecting devices.

The company has said that it wants to use Android if the US allows it, but will develop its own OS and ecosystem of services if it is shut out. Last week, Huawei told local government officials in Shanghai that it plans to invest 10bil yuan (RM5.96bil) in a new R&D facility that can house 30,000 to 40,000 employees. The company has 36 joint innovation centres and 14 R&D institutes around the world.

For its “top minds” recruitment drive, Huawei said the priority will be given to those candidates whose research has produced “tangible and impactful” results, research papers or patents; those from top-notch labs or honours programmes; and winners of top international competition in science, technology, engineering and mathematics.

The company earlier announced it was looking to hire 20 to 30 top talents from around the world this year in a bid to build up its “combat capabilities”, according to a widely-circulated email in late July that was signed by company founder and chief executive Ren Zhengfei, who said that Huawei needs to “win the technology and commercial battles in the future.”

The Chinese company reported a 23% gain in first-half revenue, helped by a jump in smartphone shipments and robust demand for its 5G equipment. However, the full impact of the US trade blacklist may not have been reflected in the latest results as the company was placed on the list in May.