Acer unveils Predator Triton 900 at RM15,999, and other gaming products

The Triton 900 has a CNC-machined Ezel Aero Hinge that lets users to flip, extend or recline the 17in display, as well as an extensive array of ports that allows it to be hooked up to three external monitors. 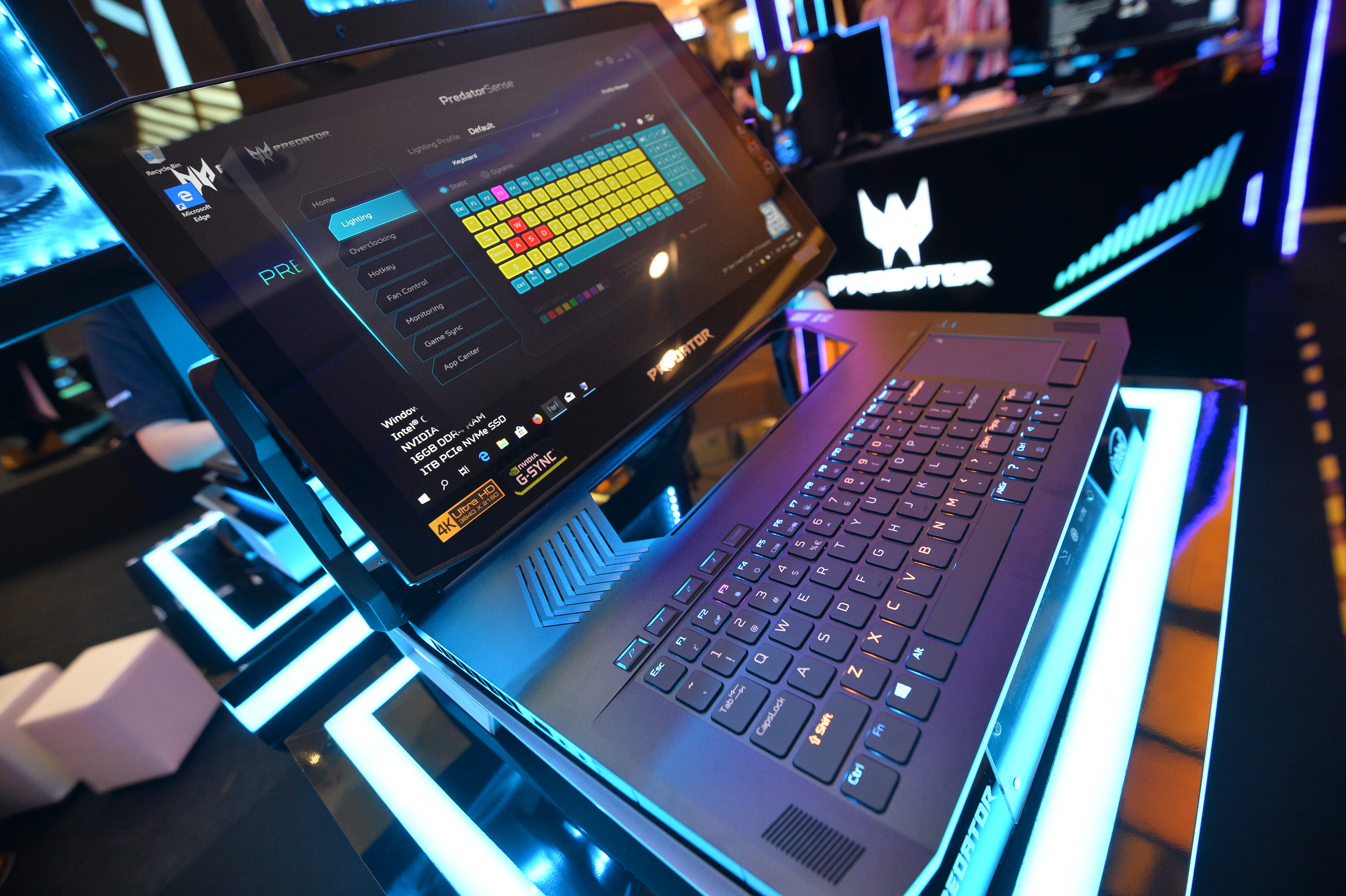 Priced at RM15,999 the Predator Triton 900 is now available nationwide.

The machine’s trackpad is located beside the keyboard, offering a more natural hand placement while gaming, and comes with dedicated hotkeys, Turbo key and PredatorSense key that let users access shortcuts with a single click.

Bundled with a two-year local on-site and accidental damage/theft warranty, the Predator Triton 900 is now available for RM15,999.

The Predator Helios 300 (2019) gets an upgrade in design, and looks sleeker in black and blue. It comes with Nvidia GeForce RTX 2060 graphics chip, and can be configured to run on a Core i5 or i7 processor.

The Core i5 model retails at RM5,399 and the i7 is priced at RM6,199. For a more affordable gaming experience, users can check out the new Nitro 7 and the upgraded Nitro 5 laptops, with Core i7 processor and two SSD slots and two RAM slots that support up to 32GB to make loading quicker. Five new monitors were also introduced today, with the main focus on the 35in Predator X35 curved monitor. With an overclocked 200Hz refresh rate, the Predator X35 promises a smooth gaming experience with minimal display stutter and input lag.

Priced at RM9,399 the Predator X35 will be available starting Aug 1. The Acer Swift 7 comes in two configurations – Core i5 and i7.

Acer also revealed a non-gaming laptop, the ultra-thin 14in Swift 7 that weighs only 890g. It has a 92% screen-to-body ratio and is powered by 8th generation Core processor with 8GB RAM. Users can choose either an Intel Core i5 or i7 processor, priced at RM5,999 and RM7,599 respectively.