How screens may affect weight, desire to exercise

A study released last week by the National Institutes of Health suggests that falling asleep with the TV on can have a negative effect on hormone production and metabolism, leading in many cases to weight gain. (Adobe Stock photo)

Since the iPhone was introduced in 2007, excessive smartphone use has been linked to a host of maladies: everything from long-term damage to the neck and cervical spine to an increased risk for depression and isolation – especially among teens.

So we’ve been well warned about the proper technique (phone held at eye level; neck in a straight, neutral position) and amount of time (90 minutes or so daily) in which we can use our handheld devices without causing excess harm.

But last week came news that screens of a different kind may be adversely affecting our physical and mental health in ways we never imagined.

Falling asleep with the TV on

A study released by the National Institutes of Health and published in JAMA Internal Medicine suggests that falling asleep with the TV on – and who among us hasn’t done that? – can have a negative effect on hormone production and metabolism, leading in many cases to weight gain and even obesity.

“Although poor sleep by itself was associated with obesity and weight gain, it did not explain the associations between exposure to artificial light while sleeping and weight,” said Dale Sandler, chief of the NIH’s Epidemiology Branch at the National Institute of Environmental Health Sciences, one of the study’s authors.

Another of the study’s authors, Chandra Jackson, noted that for folks who live in urban environments, inadvertent exposure to streetlights, storefront neon signs and other artificial light sources can suppress the body’s production of melatonin (aka the “sleep hormone") and cause it to not recognise the light-dark/day-night cycle of circadian rhythms.

“Humans are genetically adapted to a natural environment consisting of sunlight during the day and darkness at night,” explained Jackson. “Exposure to artificial light at night may alter hormones and other biological processes in ways that raise the risk of health conditions like obesity.”

The five-year NIH study focused on some 44,000 US women and factored in other potential causes of weight gain, such as dietary habits, night-time eating, exercise levels (or lack thereof) and time spent sleeping.

Obsession with fitness trackers and apps

With some 340 wearable fitness devices on the market and more than 318,000 health apps available for download, it’s fair to say that more Americans now track their daily steps, sleep and nutrition than at any other time in history. 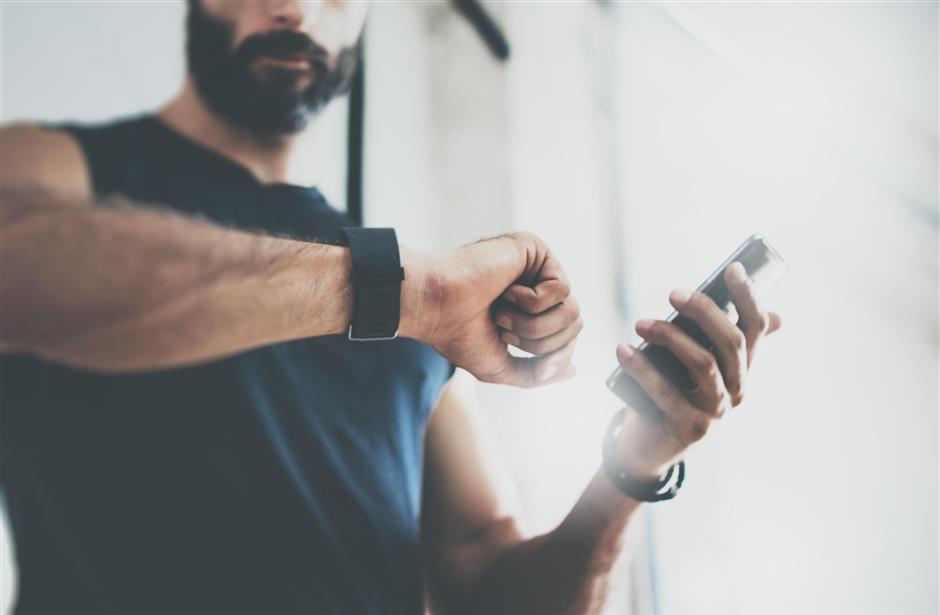 While wearing a daily fitness tracker can be a powerful tool and motivator, experts warn they can also turn what were once fun activities into what feel like daily obligations.

But according to an NBC News report last week, all this daily measuring of our activity and overall fitness levels may be taking a toll on our mental health.

Many who doggedly track their every last stride report anxiously pacing around their homes until they reach their goal. And likewise, when goals aren’t met – say, not reaching the daily holy grail of 10,000 steps – users of trackers will feel unduly negative about themselves.

(Quick aside: The 10,000 steps a day ethos dates back more than 50 years to a recommendation from a Japanese company – Yamasa Toki – that had just introduced a new step-counting device called Manpo-Kei, which translated roughly to “10,000 steps meter”. Japanese walking clubs were popular at the time and 10,000 steps – approximately five miles – became the benchmark for dedicated walkers.)

While wearing a daily fitness tracker can be a powerful tool and motivator, experts warn they can also turn what were once fun activities into what feel like daily obligations.

And studies have found that by obsessively tracking their daily movement, many device users have found their enjoyment of those activities has decreased – often leading, ironically, to decreased activity levels. – The Palm Beach Post/Tribune News Service