Apple’s ‘most ambitious’ retail store set for US capital

Apple retail employees use a selfie stick during a press preview of the new Apple Store inside the Carnegie Library, Thursday, May 9, 2019, in Washington. (AP Photo/Patrick Semansky)

WASHINGTON: Half store, half museum, Apple’s new location in the US capital within a historic landmark is being described as the “most ambitious” project for its retail operations.

Apple invited journalists on May 9 to view the renovated Carnegie Library in downtown Washington, just blocks from the White House and the Capitol Building, ahead of its public opening on Saturday.

The project launched in 2015 entailed a meticulous restoration of the marble-façade 1903 building originally designed as a public library and paid for by industrialist Andrew Carnegie, who died in 1919.

Apple funded the renovation and will use one of the three floors for its retail store and education programmes, with the remainder dedicated to local historical exhibits.

“This is really our gift to the city,” said Apple development team leader Mike Brown.

“We’ve looked around DC for a long time for a location that was worthy of our nation’s capital.” 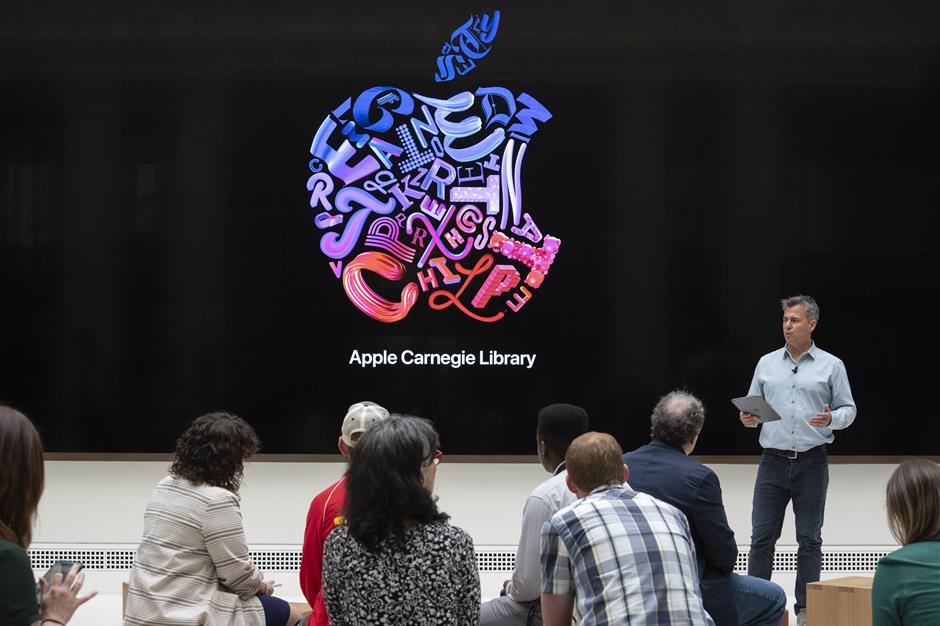 Braithwaite speaks during a presentation at the Apple Carnegie Library flagship store in Washington. — Bloomberg

Apple declined to reveal how much was spent on the renovation, which was reported to cost more than US$30mil (RM124.72mil).

Brown said the project was “the most ambitious” for the iPhone maker because of the size of the building – some 6,000 square meters (64,000 square feet) – and its historical significance.

Located in the city’s Mount Vernon Square, the building will reopen with a research library, three galleries and a museum store owned and operated by the Historical Society of Washington. “I love the synergy between old and new, the juxtaposition of the historic fabric and contemporary design,” Apple chief design officer Jony Ive said in a statement.

“We have a tremendous amount of respect for the history and the original intention of this building,” said Chris Braithwaite, head of Apple retail and design. 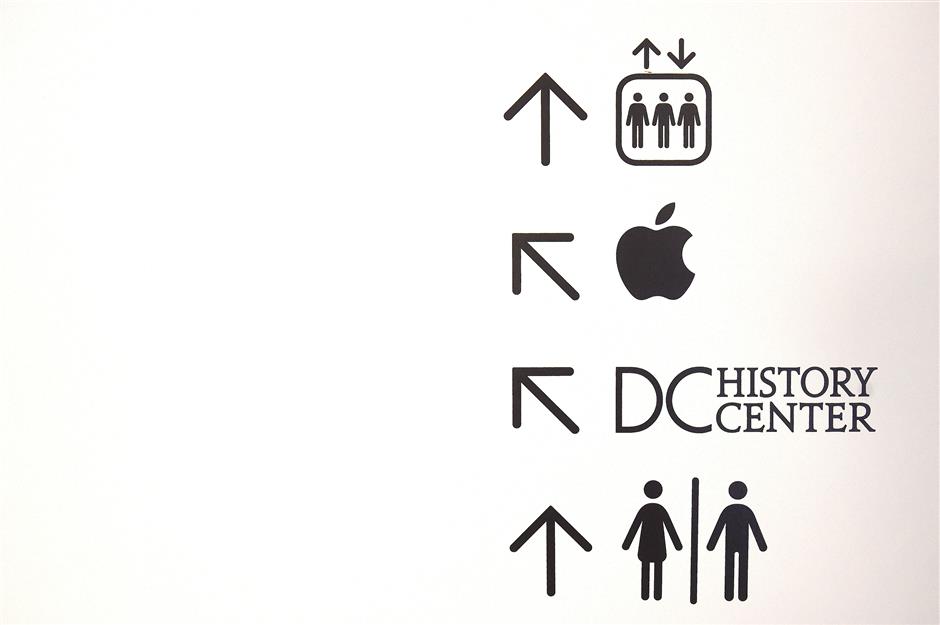 Signage is seen in the new Apple Carnegie Library store in Washington. — Reuters

Apple sought to avoid commercial promotion, with the only elements two modest-sized, and removable, corporate logos on the façade, according to Brown.

Stefan Behling, one of the architects on the project with the London firm Foster and Partners, said Apple sought to maintain the character of the original design in the renovation.

“This space that we’re in is a beautiful historic space and we renovated it painstakingly. You can see the words ‘Shakespeare’, ‘Newton’ exactly the way it was,” Behling told AFP. “Apple hasn’t changed it.” – AFP