Many fans criticised the sudden plot twists in The Last of the Starks, which they said did not make sense as it appeared that the screenwriters were in a rush to finish the story off with three episodes remaining.

Chinese viewers disappointed with the latest episode of the fantasy TV show Game Of Thrones joined fans from around the world to vent their anger on the Internet.

The fourth episode of the eighth and final season of HBO’s adaptation of George RR Martin’s A Song of Ice and Fire novels, which was broadcast on Monday morning in China, stirred up heated discussions about plot lines and a continuity gaffe involving a cup of coffee.

Many fans criticised the sudden plot twists in The Last of the Starks, which they said did not make sense as it appeared that the screenwriters were in a rush to finish the story off with three episodes remaining. (Turn back now if you haven't seen the episode yet!)

Others said some characters’ personalities had changed too much, and the show had diverged too far from the conniving, infighting and sometimes merciless disposal of leading characters that viewers loved.

One focus of the criticism was the way Jon Snow – one of the protagonists in the show and believed to be the illegitimate son of Lord Eddard Stark – told his sisters Sansa and Arya Stark about his true identity as the heir to the Iron Throne of the Seven Kingdoms as a son of the rival Targaryen family. He had them swear an oath of secrecy, but almost immediately the secret began to spread.

“It should not be called The Last Of The Starks but rather ‘I tell you a little secret, but do not tell everyone else’,” one of the memes said.

Lin Sha, a viewer in Beijing who has followed the show since it began, said the episode was insufferable compared to the last episode, when a long-awaited battle between mankind and the army of the dead was fought and the living prevailed.

“It spent most of the time talking about who’s better fitted for the throne, couples getting together and breaking up, and people gossiping,” Lin said of episode four. “It does not have a very Game Of Thrones vibe to it.”

A viewer in Guangzhou was heartbroken about the characters’ paths. In one scene, Jamie Lannister – commander of his family’s vast army, brother and lover to Cersei [who sits the Iron Throne] – wooed and won Brienne of Tarth, his former bodyguard, in a scene fans had waited six seasons for.

When Lannister heard that the army of Daenerys Targaryen – queen of the series’ enigmatic dragons and a claimant to the Iron Throne – was ambushed by Cersei’s forces, he left Brienne and his allies in the victory over the army of the dead for King’s Landing, the capital of the Seven Kingdoms. It was not clear whose side he would stand with.

“He sleeps with a woman then ditches her for another, who does he think he is, Casanova?” the viewer said. On IMDB, the television and movie source, the latest episode was rated 7.2 out of 10, while the three previous episodes this season scored more than 8. On the Chinese culture and film website Douban, the eighth season was rated 9.4 out of 10 so far, with no individual episode ratings.

Qu Chang, a translator for the Chinese version of Martin’s books, said on social media that the audience needed to accept the characters had their own motives and the plotline for the television show – which deviated from the books – would not satisfy everyone.

“Some of the audience think the ending is good fighting evil, then everybody sits down and has a meeting, have some disputes, but all the characters they support get what they want in a happy ending,” Qu wrote on Weibo. “But [the show] definitely will not end like the Chinese Spring Festival Gala or a superhero movie … whether you accept it or not, there's no happy ending or definite win for your favourite characters.” 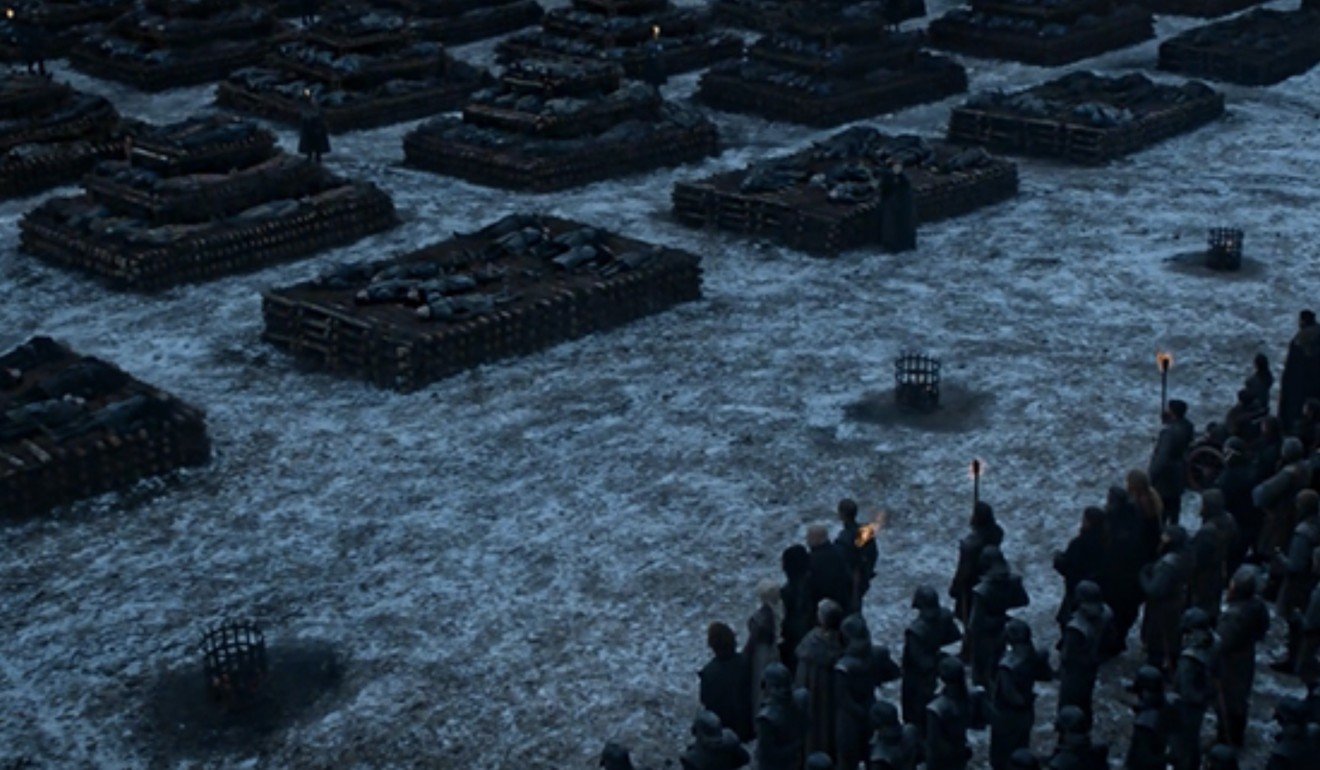 Perhaps the only twist that all the viewers made peace with was an out-of-place Starbucks cup, an uncharacteristic slip-up in the show’s continuity. Jokes and memes went viral, questioning whether it was an ad for the ubiquitous coffee shop chain.

HBO admitted its mistake, joking that, “The latte that appeared in the episode was a mistake. Daenerys had ordered an herbal tea.” – South China Morning Post