Zuckerberg has two daughters with his wife Priscilla.

Mark Zuckerberg said he built a glowing wooden box to help his wife Priscilla sleep better through the night without having to check her phone to see if it’s time to look over their children.

The "sleep box” emits a very faint light between 6am and 7am – when their daughters are expected to wake up.

It doesn’t show the time as that would stress her and disrupt her sleep, the Facebook Inc chief executive officer said in an Instagram post on Saturday. 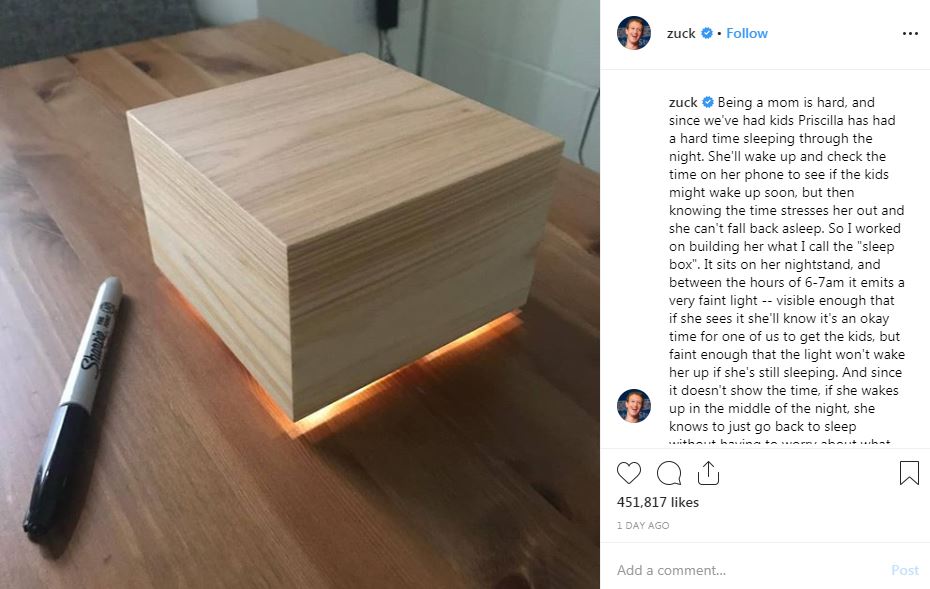 "So far this has worked better than I expected and she can now sleep through the night,” Zuckerberg said, adding that the device is already popular with his friends. "I’m putting this out there in case another entrepreneur wants to run with this and build sleep boxes for more people!”

Not everyone was impressed. British singer Lily Allen took a jab at Facebook’s effectiveness in curbing racist content, asking if there was an algorithm to make white supremacy go away.

The problem of white nationalism was magnified in March when the killer responsible for the deaths of 50 people in New Zealand posted a racist manifesto online and used the Facebook platform to stream the massacre at two mosques live. – Bloomberg