Jennifer Salvage, her 2018 Tesla Model 3 and some lemons were photographed at her Medford, N.J. home on April 5, 2019. Jennifer and her husband Jeff Salvage have had several issues with the 2018 Tesla Model 3, including the inability to connect a cell phone to the car. Tesla blamed the phone. (Elizabeth Robertson/The Philadelphia Inquirer/TNS)

Jeff and Jennifer Salvage were the kind of customers whom companies dream about: early adopters who bragged about buying a new product.

As "fairly extreme environmentalists", the Salvages bought the Tesla Model S in 2013, just months after it hit the market. Jeff, a Drexel University computer science professor, blogged about ditching gas and driving the "fabulous" electric vehicle. The California car company was even named after Jeff’s favourite scientist, Nikola Tesla.

"For every reason under the sun, it was the perfect car," he said.

Fast-forward six years, though, and the Salvages are ready to take Tesla to court.

After buying their second Tesla in March 2018, a Model 3 that has been serviced again and again since at least July, the Salvages have had enough of Tesla’s customer service. The US$56,000 (RM231,778) car and Jennifer’s smartphone can’t stay connected, a glitch that prevents her from receiving phone calls hands-free and entering the car without a key.

Tesla blames Jennifer’s Samsung phone and has refused to repurchase the car.

"It was insulting," Jennifer said. "Despite the fact that I’m insulted, I want to be in a Tesla. I want them to do the right thing."

The Salvages argue that the unsolved Bluetooth problems harm the safety and value of their vehicle, even though Tesla officials called the wireless capabilities mere "convenience features". Their planned lawsuit would come at a turbulent time for Tesla, which has been under fire for failing to meet production and delivery schedules.

"We’re not letting it go away," Jeff Salvage said.

The Salvages are among Tesla owners unhappy with the upstart electric car company’s after-sales service. Even as Tesla has ramped up production, it operates just a small network of stores and service centres.

Tesla has serviced the car again and again for at least seven months, invoices and text messages show.

The company looked at the car in July, serviced it in September, saw it again in October, "diagnosed" it in December, sent someone to the Salvage home in January, and kept the Model 3 at a Cherry Hill service centre for all of February.

Tesla’s conclusion: There’s nothing wrong with the car. Instead, the company blamed Jennifer’s phone, a Samsung Galaxy Note 8, because Tesla techs were able to wirelessly pair other phones with the car.

A Tesla service manager went further in a March 7 email. The "root cause of the problem", the Tesla official wrote, is "a compatibility issue that Samsung Galaxy phones have with vehicle Bluetooth devices". For good measure, the Tesla employee pointed to an online forum post from an anonymous Samsung customer.

Except there are no known Bluetooth compatibility issues with Samsung devices, a spokesperson for the world’s largest smartphone maker said. The online forum, itself hardly proof of a wider problem, dealt with a different Galaxy phone, a Note 9, and a different car, a Toyota Prius. And Jennifer Salvage said her phone worked just fine in a loaner Model 3 she received.

Tesla said it could not find an issue with the car after several visits, and told Jeff Salvage of its findings over the phone a week before the March 7 email. The link to the online forum was only for Salvage’s reference, not to justify Tesla’s claims, the company insisted. Tesla did not address the Cherry Hill service manager’s broader claim that Samsung Galaxy phones have a compatibility issue with vehicle Bluetooth devices.

"Our service evaluation of the vehicle, which we confirmed with a review of the vehicle’s logs, showed that every time the Bluetooth pairing became disconnected, the break in connectivity was initiated by the customer’s phone, not by the car," a Tesla spokesperson said in a statement.

Jeff Salvage said the car was in service for roughly 100 days over several repair attempts.

Tesla said the car needed service for far less time than that, but Jeff did not immediately pick up the vehicle. It’s difficult to verify exactly how long the car was actually worked on. Salvage said he hasn’t received service records from Tesla since October, though text messages and invoices from Tesla show the company serviced the car at least six times from July through February. Tesla would not say whether it failed to provide Salvage service records.

"The number one issue is the safety issue," Jeff Salvage said. When the car and phone disconnect, he said incoming calls come through the phone instead of the dashboard. "You look down at your phone because that’s where the noise is, and now you’ve taken your eyes off the road."

That safety argument has won in court before, said Robert Silverman of the Ambler-based lemon-law firm Kimmel & Silverman. In 2014, his firm won a similar case in New Jersey against Kia after a one-week jury trial.

In that case, the client documented nine attempts to repair an inoperable touchscreen, navigation, and Bluetooth device, among other issues, court records show. Kia argued those problems did not "substantially impair the use, value, or safety" of the 2012 Sorrento, but was found liable for the full repurchase price of the car.

"Our argument was, the Bluetooth is mandatory," Silverman said, referring to distracted driving laws. "You can’t talk with the phone in your hand."

Tesla’s service has been criticised as it cranks out hundreds of thousands of Model 3s that have been marketed to mainstream car buyers. Customers have complained of long wait times for repairs, according to reports.

In the past, market analysts questioned whether Tesla could handle servicing a larger fleet of vehicles. In 2017, AllianceBernstein analyst Toni Sacconaghi wrote that his own customer experience suggested Tesla’s service and sales network is "already strained, with processes not fully in place".

Model 3 owners gave the electric car top marks in a recent Consumer Reports satisfaction survey, though the magazine said in February that it can’t recommend the car due to reliability issues, including problems with paint, trim, and electronics.

Tesla founder Musk said improving service was a top priority during an earnings call in January. He noted the company didn’t have service parts located at service centres.

"We had them in parts distribution warehouses, which basically meant it was impossible to have a fast turnaround on servicing a car, because the car would come in, then the parts will be requested," Musk said. "Even if they’re very simple, a repair could take days."

Unlike other car manufacturers, Tesla does not use a network of independent dealerships. There are 378 factory-owned sales and service centres worldwide as of January. By comparison, there are 10,466 Ford dealerships. To be sure, Tesla delivered 245,240 vehicles in 2018 compared with 5,982,000 sold at wholesale by Ford.

New Jersey and Pennsylvania each passed laws exempting Tesla from rules barring manufacturers from selling directly to consumers. The New Jersey law limited Tesla to four direct-sales stores, though Tesla’s website lists five locations in the state. One of them is a "gallery", where consumers can see and ask questions about cars, but can’t actually buy them.

Years before he’d battle Tesla employees, Jeff Salvage praised them as a sign of things to come for the company.

"If Tesla’s integrity can be measured by the employees I interacted with, the company has a very bright future," he once wrote on his blog. – The Philadelphia Inquirer/Tribune News Service 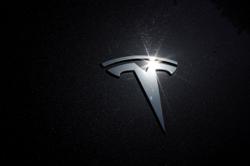 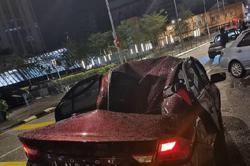